Clinton expanding lead thanks to superdelegates 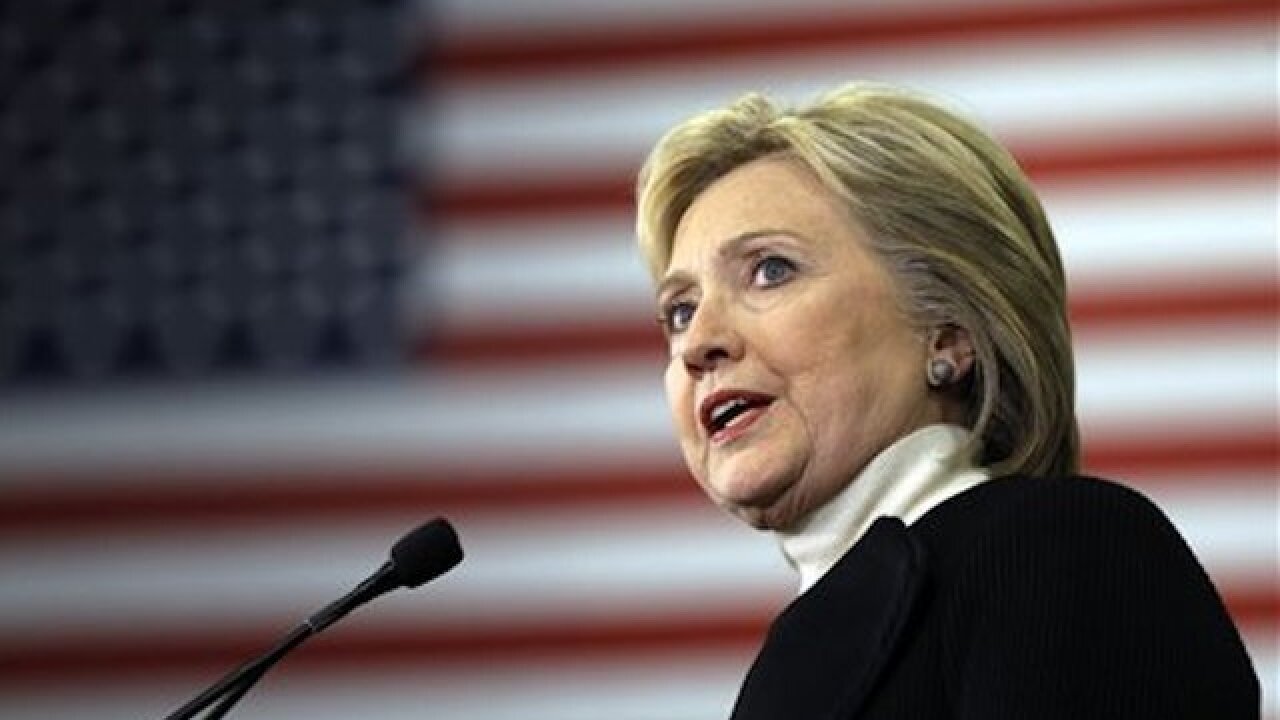 WASHINGTON (AP) — So much for Bernie Sanders' big win in New Hampshire.

Since then, Hillary Clinton has picked up endorsements from 87 more superdelegates to the Democratic National Convention, dwarfing Sanders' gain from the New Hampshire primary, according to a new Associated Press survey. Sanders has added just 11 superdelegate endorsements.

If these party insiders continue to back Clinton overwhelmingly — and they can change their minds — Sanders would have to win the remaining primaries by a landslide just to catch up. He would have to roll up big margins because every Democratic contest awards delegates in proportion to the vote, so even the loser can get some.

After the contests in Iowa and New Hampshire, Sanders has a small 36-32 lead among delegates won in primaries and caucuses. But when superdelegates are included, Clinton leads 481-55, according to the AP count. It's essentially a parallel election that underscores Clinton's lopsided support from the Democratic establishment.

The disparity is sparking a backlash among some Sanders supporters, who complain that the Democratic nominating process is decidedly undemocratic, rigged in favor of Clinton.

Some of them — not part of the campaign, Sanders' people say — are contacting superdelegates who have publicly endorsed Clinton. Their message isn't subtle, or always welcome.

"I'm sick and tired of them," Cordelia Lewis-Burks, a superdelegate from Indiana, said of the Sanders backers. "It's very aggravating to be bashed on my own computer by these people who it's probably the first time they've ever voted. I've been in the trenches since I was 20."

"They were saying 'We're not going to forget this,'" Johnson said.

"I'm an African-American male who is in my 60s," Johnson said. "I have experienced the struggles. The experiences they are sharing don't faze me in comparison."

Superdelegates aren't new. They have been part of the Democratic Party's nominating process since 1984.

They automatically attend the national convention and can support the candidate of their choice, regardless of whom primary voters back. They are party leaders — members of Congress, party officials and members of the Democratic National Committee.

There are 712 superdelegates, about 30 percent of the 2,382 delegates needed to claim the nomination.

The Republicans also have some automatic delegates but not nearly as many.

Clinton's campaign expresses confidence that she will maintain a strong lead among superdelegates even as she focuses on upcoming voting. "Our campaign strategy is to build a lead with pledged delegates" won in primaries and caucuses, spokesman Jesse Ferguson said in an email.

Sanders campaign adviser Tad Devine said he doesn't consider an early superdelegate count to be very meaningful. Sanders' ability to attract younger people and independent voters, as he did in New Hampshire, will be a strong selling point to change people's minds, he said.

"It is hardly an insurmountable lead, and it can change overnight," Devine said. "We are confident that superdelegates want to be behind the strongest candidates in a general election and have a nominee to help candidates win up and down the ballot."

In 2008, some superdelegates who initially supported Clinton did switch to Barack Obama after he started racking up victories in primaries and caucuses. But Obama is a Democrat who had worked on campaigns and cultivated relationships with many of the superdelegates. Sanders is an independent.

"To my knowledge there has been zero outreach to the New Hampshire automatic delegates from the Sanders campaign," said Kathleen Sullivan, a DNC member from New Hampshire. "Not just since the primary, I mean since he first decided to run."

New Hampshire, which Sanders won by 22 percentage points, has eight superdelegates. Six back Clinton and two are uncommitted.

Many Clinton supporters question whether Sanders could win the general election.

Others talk about their relationship with Clinton, who has been in Democratic politics for decades.

Former Pennsylvania Gov. Ed Rendell said, "Superdelegates are interested to see who can win, and many of them have strong ties to the Clintons, like me."

Sanders supporters are tired of hearing these arguments.

"I'm so damned sick of people saying I love this guy but he can't win," said Troy Jackson, a DNC member from Maine who supports Sanders. "People need to start voting with their heart, what they know is right,"

Jackson, a superdelegate himself, said he will push to have all five of Maine's superdelegates back the candidate who wins the state's caucuses in March. Three have endorsed Clinton and the other is undecided.

"I want someone who's going to fight for me, not cut deals, not compromise on core values," Jackson said. "While I have respect for Secretary Clinton, she does that too much."

AP reporters in every state and U.S. territory surveyed the Democratic superdelegates after the New Hampshire primary. When AP did this in November, Clinton led Sanders 359-8 in pledged support, meaning her already substantial margin has grown.