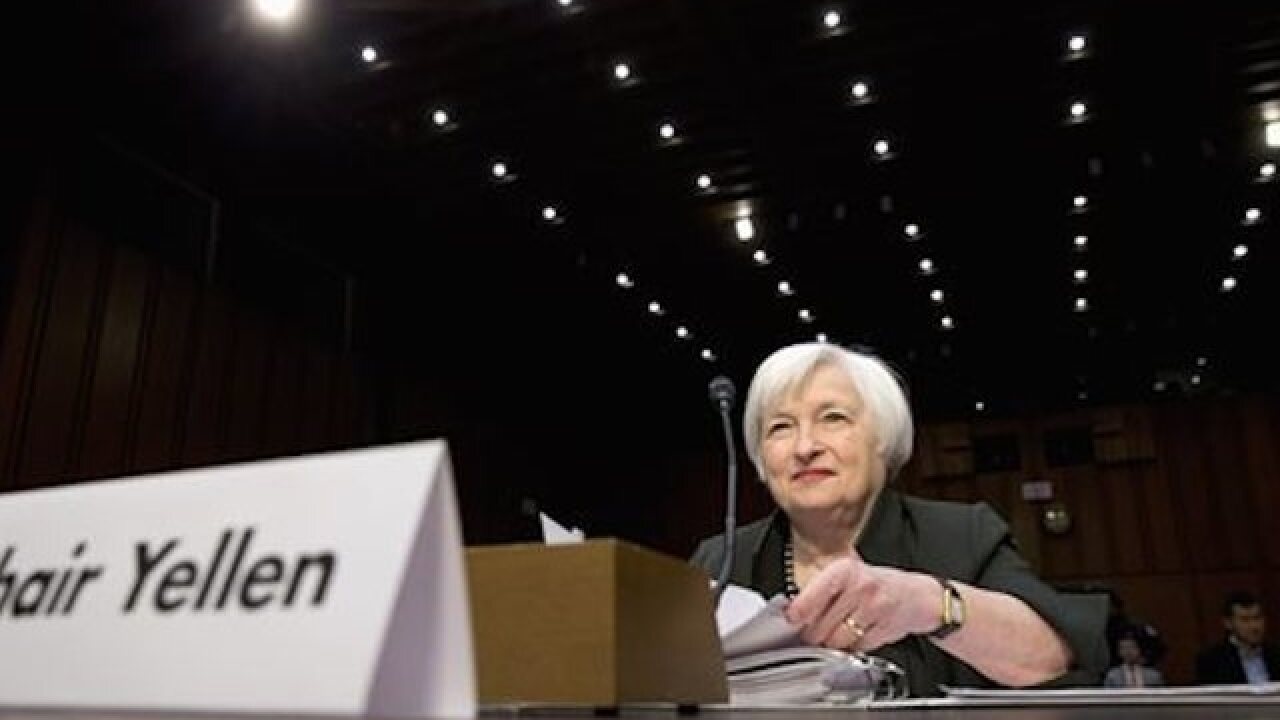 Copyright Associated Press
Jacquelyn Martin
<p>In this Thursday, Dec. 3, 2015, file photo, Federal Reserve Chair Janet Yellen prepares to testify on Capitol Hill in Washington, before the Joint Economic Committee. The Federal Reserve raised its key interest rate in mid-December from record lows and signaled the likelihood of four more hikes in 2016. Yet as Yellen addresses Congress on Wednesday, Feb. 10, 2016, turbulent markets, global weakness and slowdowns in key sectors are expected to lead the Fed to raise rates fewer than four times this year, if at all. (AP Photo/Jacquelyn Martin, File)</p>

The bulk of business economists expect the Federal Reserve will raise interest rates this year but their views on the Fed's policy stance are divided.

The survey by the National Association of Business Economics found that 75 percent of respondents expect the Federal Open Market Committee will raise its target for the federal funds rate above the current level by year-end 2016. That view is roughly on par with when the last survey was conducted in August. Approximately 39 percent expect two rate increases in 2016 and 17 percent expect three or more.

The Fed raised its benchmark interest rate from record lows in December and signaled the possibility of four more hikes in 2016. But roiling financial markets and indications of global weakness have cast doubt on the outlook for more rate increases.

When asked about their take on the appropriateness of the current fiscal policy, there was more change in opinion since the last survey. More economists felt it is too restrictive — jumping from 29 percent in August to 41 percent. The percentage that felt it was about right fell from 46 percent to 38 percent.

The survey summarizes the responses of 252 members of the National Association for Business Economics.