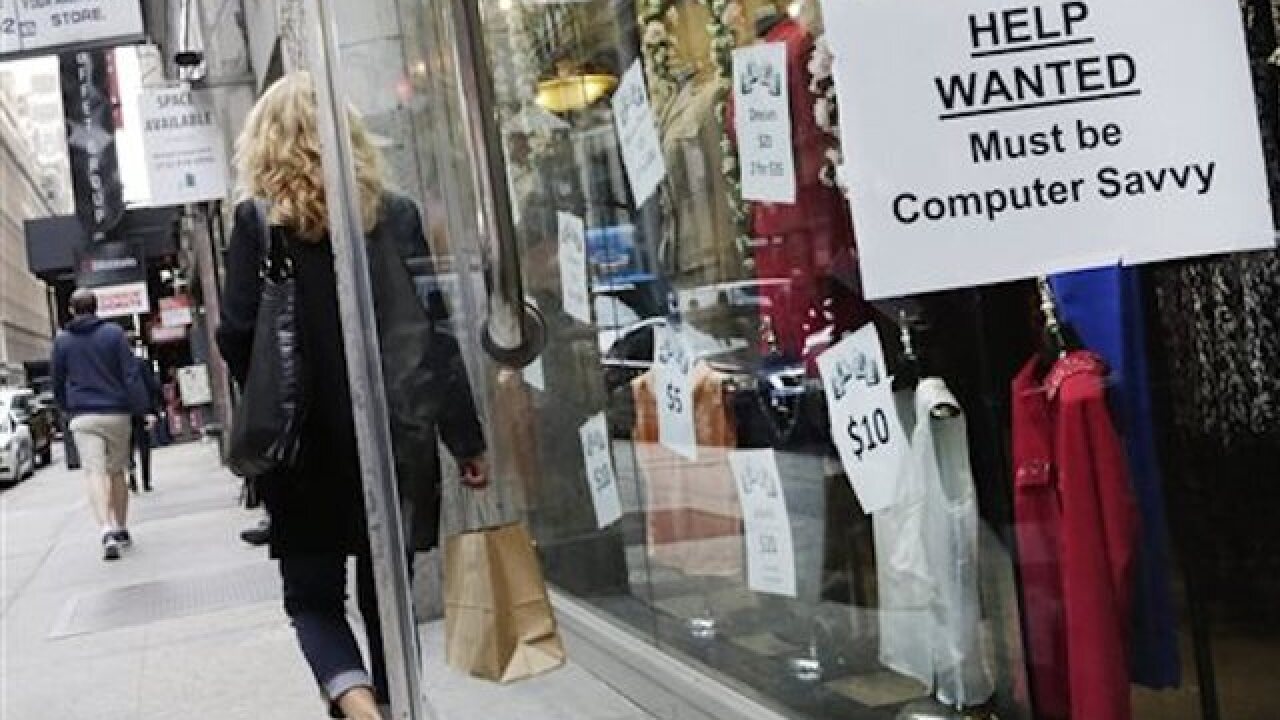 Payroll processor ADP said Wednesday that companies added 257,000 jobs in December, the most in a year. Construction companies added 24,000 jobs, while retailers and shipping firms added 38,000.

The figures suggest that employers are still hiring at a healthy pace, even as overseas economic weakness and the strong dollar have hit U.S. manufacturing. Factories added just 2,000 jobs last month, ADP said.

Yet some economists were skeptical of the figure, because many companies don't drop laid-off workers from their payrolls until the end of the year. Moody's Analytics, which helps compile the data, seeks to adjust the numbers to account for the annual "purge," but isn't always able to do so fully.

As a result, December's ADP report tends to be one of the highest each year. Most economists continue to forecast that Friday's government report will show employers added about 200,000 jobs, while the unemployment rate stayed at 5 percent.

"We don't view the data as strong evidence that payrolls will exceed expectations on Friday," said Jim O'Sullivan, the chief U.S. economist at High Frequency Economics.

The ADP survey covers only private businesses and frequently diverges from the government's data.

ADP's figures come after several other recent reports suggested the economy slowed at the end of last year. Manufacturing activity contracted for the second straight month in December, as factories cut back sharply on hiring, the Institute for Supply Management said on Monday.

Construction spending also dropped for the first time in 17 months in November, as builders pulled back on new hotels and other commercial projects.

Those reports caused economists at JPMorgan Chase to cut their forecast for growth in the October-December quarter to an annual rate of 1 percent, from 2 percent.

Mark Zandi, chief economist at Moody's, says strong consumer spending should propel growth in 2016, even as overseas economies such as China and Europe remain weak.

"The breadth of the job growth is encouraging, and suggests that what we're seeing has legs," Zandi said.