Suspect in Vegas crash, child were living in car 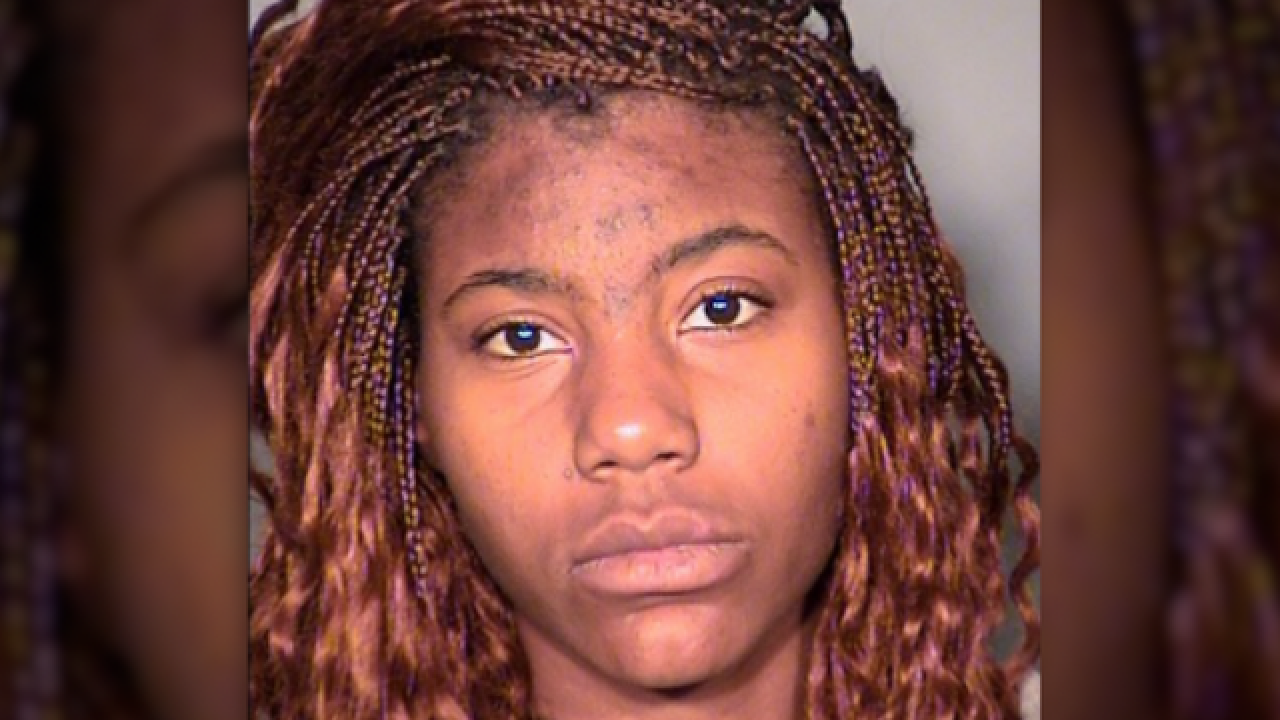 LAS VEGAS (AP) — Prosecutors on Tuesday charged a homeless woman with murder, child abuse and hit-and-run after police said she intentionally plowed a car carrying her young daughter through crowds of pedestrians on the Las Vegas Strip.

Additional charges were expected against Lakeisha Nicole Holloway, 24, as investigators interview witnesses and review video and physical evidence from the Sunday night crash.

"This is an ongoing investigation," said Clark County District Attorney Steve Wolfson, who earlier predicted "a great number" of charges would be filed. "I've personally seen the videos from a variety of angles, and I'm appalled at the callousness of this defendant's conduct and what appears to be an intentional act."

Casino and street surveillance video cited by the prosecutor has not been made public, and Wolfson said prosecutors don't plan to present it in court Wednesday, when Holloway is expected to make her first appearance before a judge.

Authorities say Holloway repeatedly swerved onto a sidewalk packed with tourists in front of the Paris Las Vegas and Planet Hollywood casino-hotels. A modest, makeshift memorial stood at the site on Tuesday.

Joseph Abood, one of Holloway's public defense attorneys, said his client plans to plead not guilty.

"We can all agree this is a shocking and tragic event," Abood said. "We have great sympathy for the family of Jessica Valenzuela and all the other people who were injured."

Three were still in critical condition and five others remained hospitalized.

Holloway was on suicide watch in jail, where she is being held without bail. Abood said he and another public defender, Scott Coffee, were collecting information and didn't know whether Holloway's mental health would emerge as a defense.

Holloway was charged with felony child abuse and neglect because police say her 3-year-old daughter was with her in the vehicle. The child wasn't hurt and was in the custody of the county's child protective services agency.

County spokesman Erik Pappa said the agency tries to place children with relatives before seeking a foster family. He said he couldn't provide further information about the case.

A motive for the crash was unclear, but a picture was emerging of a woman who overcame a rough childhood and homelessness to become an award-winning high school graduate and caring mother — only to have things go terribly awry.

Holloway previously lived in Oregon, where she changed her name in October to Paris Paradise Morton, according to court records.

Several years ago, she graduated from an alternative high school in Portland and received an award for overcoming adversity from the nonprofit Portland Opportunities Industrialization Center, which helps at-risk youths with education and job training.

In a 2012 video produced by the group, Holloway spoke about overcoming homelessness in high school, going to college and entering the workforce.

"Today I'm not the same scared girl I used to be," she said in the video. "I'm a mature young woman."

After her arrest Sunday, she told investigators she was homeless and out of money, and sleeping in her car in casino parking garages. She said she was getting little rest because casino security would run her off. She might have been on her way to Texas to find the estranged father of her daughter, authorities said.

"She ended up on the Strip, 'a place she did not want to be,'" a police report quoted her as saying. "She would not explain why she drove onto the sidewalk but remembered a body bouncing off her windshield, breaking it."

People jumped on the car and banged on its windows, as Holloway kept driving, Clark County Sheriff Joe Lombardo said. She went about a mile with a broken windshield and a flattened tire before pulling into an off-Strip hotel and telling a valet to call 911, authorities said.

Holloway showed no resistance when police arrived, and she spoke coherently about what happened, the sheriff said. A police drug-recognition expert said it appeared she wasn't drunk but may have been under the influence of a stimulant.