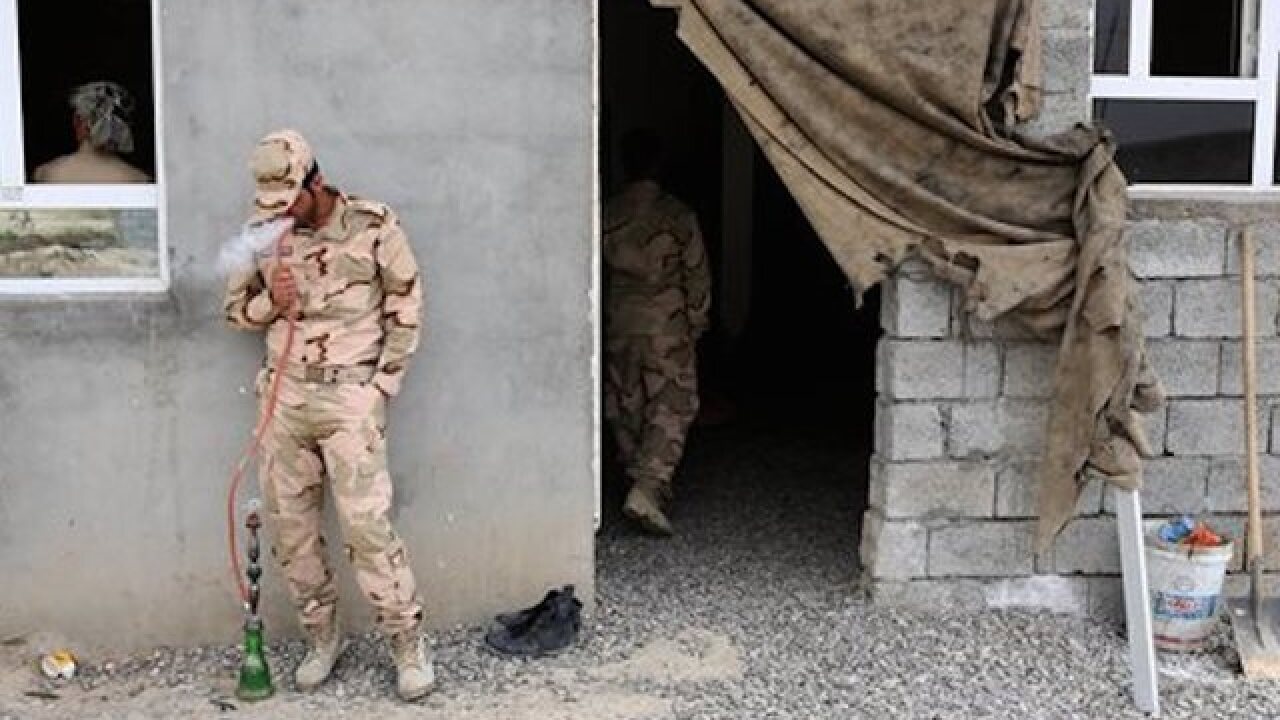 Copyright Associated Press
Bram Janssen
<p>In this Monday, April 20, 2015 file photo, a Sunni fighter wearing an Iraqi army uniform smokes a hookah pipe during his break, on a base on the frontline in their fight against Islamic State militants outside the city of Makhmour, northern Iraq. Nearly everyone fled when IS captured the town in August 2014 during the extremistsí lightning blitz across northern and western Iraq. Kurdish forces known as the peshmerga pushed the militants out later that month, but 18 months later, Makhmour still has the feel of a warzone, and many residents have stayed away. (AP Photo/Bram Janssen, File)</p>

A statement from the regional government said the rescue operation by the Kurdish anti-terrorist forces took place on Feb. 17 near Mosul, 360 kilometers (225 miles) northwest of the Iraqi capital, Baghdad.

The statement identified the young woman by name, saying she is a 16-year-old from the Swedish town of Boras who "was misled" by an IS member in Sweden to travel to Syria and later to Mosul.

It also said the Swedish authorities and the teenager's family had contacted the Iraqi Kurdish government and asked for help in locating and rescuing the girl from the IS.

The young woman is currently in Iraqi Kurdish territory and is being "provided the care afforded to her under international law," the statement said, adding that she will be "transferred to Swedish authorities to return home once necessary arrangements" are made.

The statement provided no details on the rescue operation and did not say whether the teen was mistreated while with the Islamic State group. The Associated Press does not identify minors who may have been victims of abuse or may be accused of crimes.

Iraqi Kurdish officials contacted by the AP in Irbil, the capital of the Kurdish semi-autonomous region in northern Iraq, declined to provide more details on the case.

Iraq's second-largest city of Mosul was the first major city to fall into the hands of Islamic State militants during their blitz in June 2014, when the group swept across vast areas in the country's north and west.

To this day, Mosul remains under control of IS as Iraqi forces, aided by airstrikes that are being carried out by the U.S.-led international coalition, are battling along as well as Shiite militiamen and Sunni pro-government fighters, are battling to reclaim ground lost to the militants. Iraqi Kurdish peshmerga forces are fighting IS militants to the north and east of the city.