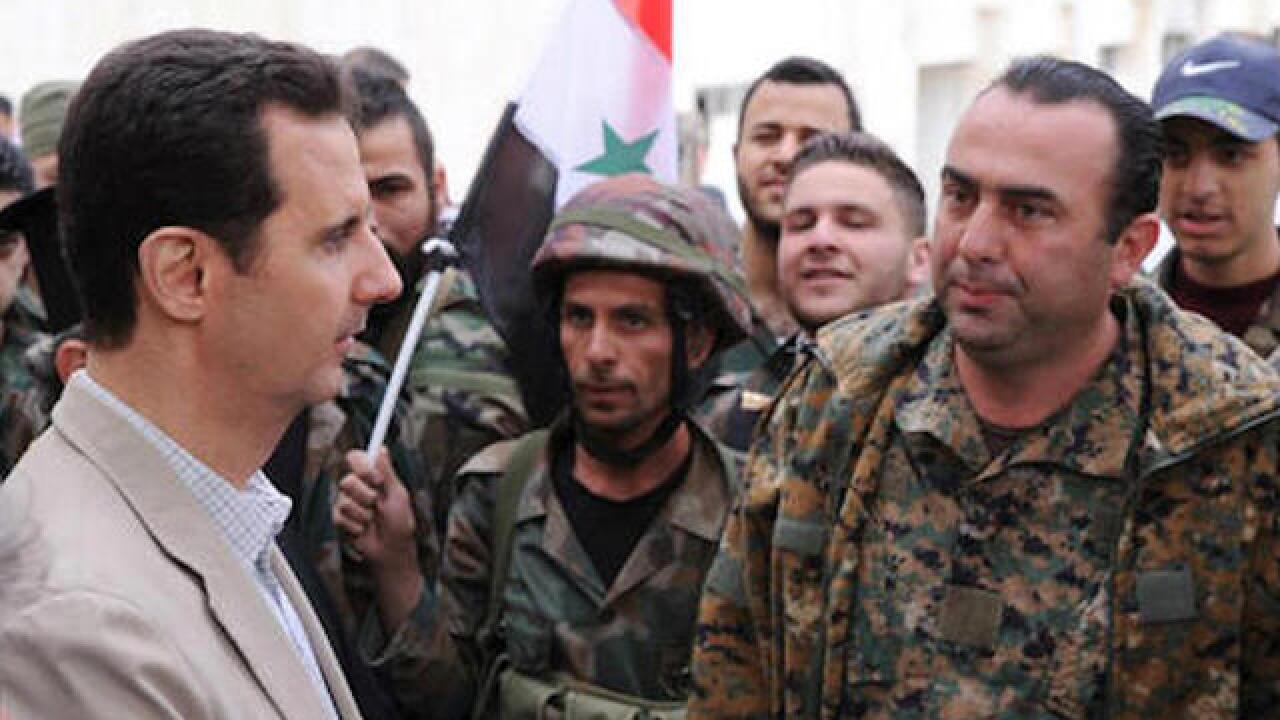 DAMASCUS, Syria (AP) — The Syrian government will send a delegation to Geneva to take part in U.N.-sponsored indirect peace talks with the opposition but has rejected the U.N. envoy's call for presidential elections to be held in the next 18 months.

Syrian Foreign Minister Walid al-Moallem told reporters that the government team will head to Geneva on Sunday but will not stay more than 24 hours if the opposition does not show up. The talks are scheduled to begin Monday.

The last round of indirect talks collapsed on Feb. 3 over a Russian-backed government offensive in Aleppo. The new round of negotiations comes amid a two-week partial cease-fire that has mostly held.

The High Negotiations Committee, a Saudi-backed umbrella opposition group, said it will attend the talks and press for a transitional governing body with full executive powers in which President Bashar Assad and his associates would have no role. It also wants the restructuring of Syrian security forces.

The dispute over the fate of Assad has been the main obstacle in previous rounds of talks. U.N. envoy Staffan de Mistura has called for presidential elections in the next 18 months, but al-Moallem dismissed the idea.

"Neither he nor anyone else has the right to talk about presidential elections. This is an exclusive right of the Syrian people," the foreign minister said.

When asked about the opposition's demands for a transitional body with full executive powers, al-Moallem said, "If this is what they think, I advise them not to come to the negotiations so that they don't make us tired and we don't make them tired."

Al-Moallem then turned to the head of the delegation, Syria's U.N. Ambassador Bashar Ja'afari, and said: "Bashar. This is a red line."

He said those in the opposition who have "illusions about seizing power in Geneva after they failed on the battlefield will fail."

He reasserted that the Syrian people are "optimistic" about peace talks in Geneva, adding: "We are going to Geneva to make the dialogue a success but this doesn't depend on us but also on the other parties."

Assad, whose family has ruled Syria for more than four decades, was elected to a new seven-year term in 2014 in an election boycotted by the armed opposition, which controls large parts of the country. Syria is set to hold parliamentary elections next month.

Syria's conflict began five years ago with mostly peaceful protests calling for political reform. A brutal government crackdown led to the rise of an insurgency and a full-blown civil war that has killed more than 250,000 people and displaced half the country's population.

"We are optimistic that we have begun to come out of the crisis," al-Moallem said, referring to recent battlefield advances by government forces with the support of Russia, Iran and Lebanon's Hezbollah militant group. He also cited local amnesty deals reached with some rebels.

Al-Moallem blasted the 22-member Arab League that on Friday formally branded Hezbollah group a terrorist organization saying, "It is shameful to undermine the resistance for Israel's sake. It is shameful for those who claim they are Arabs. They should stop that."

He praised the main Kurdish militia known as the YPG that has been the most effective force in fighting the Islamic State group saying Kurds, "are Syrians and stand alongside with us in the same trench against" IS.

U.S. Secretary of State John Kerry meanwhile said the U.N.-sponsored peace talks should go ahead Monday as planned, but that Russian and U.S. monitors are meeting first to discuss alleged cease-fire violations.

Kerry, speaking in Saudi Arabia, said he hoped for a telephone conversation Saturday with Russian Foreign Minister Sergey Lavrov about accusations that Assad's government is violating the cease-fire. He said Russian and U.S. officials are also meeting Saturday in Geneva and Amman.

Asked whether the peace conference could go ahead Monday, Kerry said, "Yes it can."

Kerry is due in Paris for talks on Sunday with European diplomats about Libya, Syria, Yemen and Ukraine.