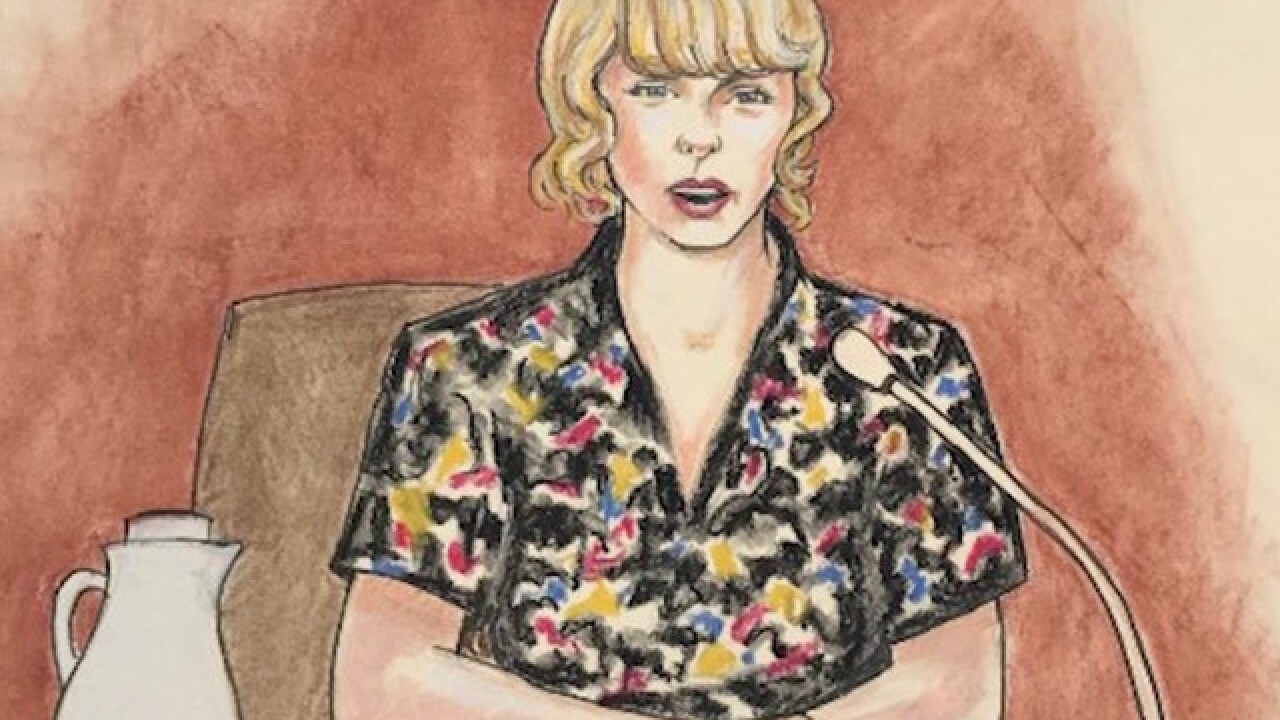 Is that you, Taylor Swift?

Courtroom sketches of the superstar singer are being derided on social media for not quite capturing her famous visage.

Tweets about the renderings of Swift have provided levity for some in an otherwise serious case of alleged sexual assault.

Swift has accused former Denver radio DJ David Mueller of inappropriately touching her at a backstage meet-and-greet at one of her concerts in June 2013.

Photographers are not being allowed in the courtroom, so a courtroom sketch artist has been providing visual documentation.

One person joked in a tweet, "I think the artist's name is katheryn hudson" -- the birth name of Swift's sometimes rival, Katy Perry.

The internet had a similar reaction to courtroom sketches of New England Patriots quarterback Tom Brady during the 2015 Deflategate hearings, resulting in an apology from the artist who got a second chance with later renderings.