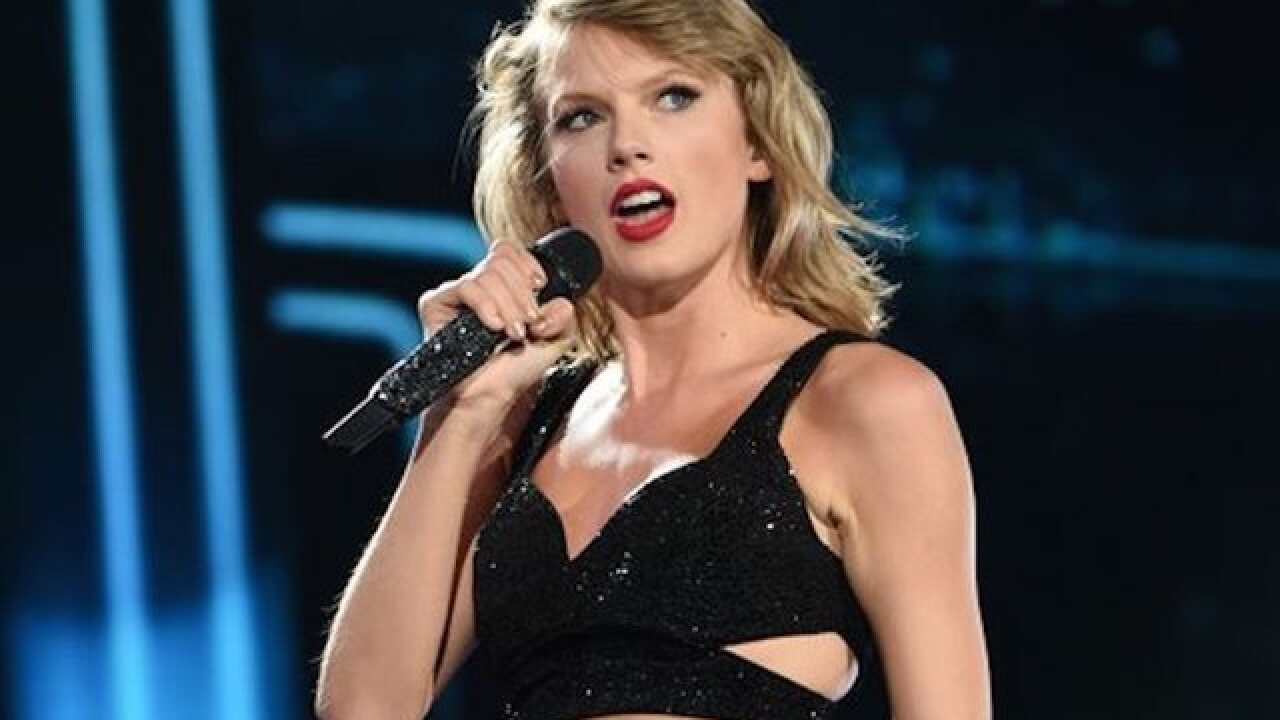 The nominations were announced Tuesday by iHeartMedia and Turner. The event will be televised live from Los Angeles on April 3 on TBS, TNT and truTV and aired on iHeartMedia stations and the iHeartRadio digital music platform.

Swift's album, "1989," The Weeknd's "Beauty Behind the Madness," Adele's "25," Sam Smith's "In the Lonely Hour," and Ed Sheeran's "X'' are nominated for album of the year, a new category this year. Fetty Wap, Hozier, Sam Hunt, Shawn Mendes and Tove Lo are vying for best new artist.

Country singer Thomas Rhett is nominated for country artist of the year and the fan-voted best lyrics category for his song, "Die A Happy Man."

"To be recognized by iHeartRadio with these award nominations is huge — especially the multi-genre lyric nomination for 'Die A Happy Man' — which is such a personal song to me and my wife," Rhett said in a statement. "iHeartRadio continues to bring fans and artists one step closer together and I'm honored to be a part of it!"

This year, the artist of the year category has been split into separate male and female categories, and new genre-specific artist of the year awards have been added as well as Latin and regional Mexican music categories. Performers on the show will include Justin Bieber and Meghan Trainor.

Ticket presales for the awards show begin Wednesday for Capitol One cardholders at www.iheardradio.com/capitalone.

Fans can vote by visiting iheartradio.com/awards.