Teacher held in jail escape to be freed 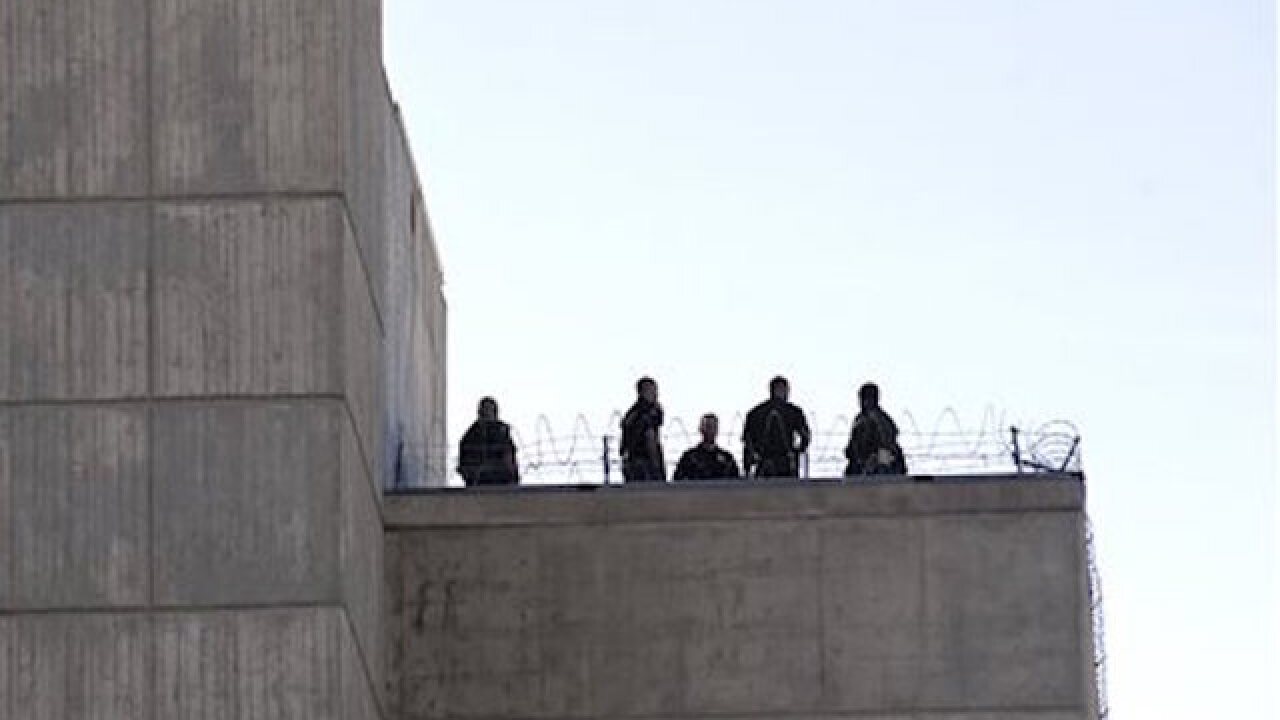 Nick Ut
<p>Authorities with the Orange County Central Jail stand on the top jail floor in Santa Ana, Tuesday, Jan. 26, 2016. Three inmates, including a man suspected of a killing, cut through metal, crawled through plumbing tunnels, climbed a roof and rappelled down four stories to freedom last week using ropes made from bedsheets. The sheriff's department has been slow to add more rooftop security cameras at the jail despite a grand jury's recommendations for eight years straight, according to a report Monday. (AP Photo/Nick Ut)</p>

SANTA ANA, Calif. (AP) — A teacher who was arrested in connection with the escape of three inmates from a California jail will be released due to insufficient evidence to charge her with any crime, a prosecutor said Monday.

Inmates Hossein Nayeri, 37, Jonathan Tieu, 20, and Bac Duong, 43, escaped Central Men's Jail on Jan. 22. Duong turned himself in Friday and the other two were arrested in San Francisco on Saturday.

The Sheriff's Department had initially said Ravaghi and Nayeri, who was in her class, had exchanged letters of a personal nature. Rackauckas said Monday that the letters appear to have been written by Nayeri, not Ravaghi.

The district attorney said Ravaghi was continuing to cooperate and that steps were being taken to ensure she remains in the jurisdiction after her release.

With all three inmates back in custody, authorities were examining how they carried out the jailbreak and what they did during their week on the run.

Orange County Sheriff Sandra Hutchens vowed over the weekend to fix the security lapses that allowed the escape.

Early on Jan. 22, the men sawed, crawled and climbed their way out of the maximum-security Central Men's Jail and used a rope made of bedsheets to rappel four stories to the ground.

Their escape triggered a manhunt.

On Friday, Duong surrendered at an auto repair shop in Santa Ana just a few miles from the jail. Nayeri and Tieu were arrested Saturday after a civilian flagged down officers near San Francisco's Golden Gate Park and pointed out a parked van that looked like one believed stolen by the inmates after the escape.

The three inmates did not know each other before being housed in the Orange County jail. They were awaiting trial on charges involving violent crimes.

Duong and Tieu have ties to street gangs that operate in the shadows of Orange County's thriving Vietnamese community.

While behind bars, the three were housed together in a large jail module that held 65 other men, about half of whom were in custody for violent felonies.

Ravaghi had been booked on suspicion of being an accessory to a felony. The Sheriff's Department had said she provided Nayeri a paper copy of a Google Earth map that showed an aerial view of the entire jail compound.

Nayeri is a former Marine who grew up in the Fresno area, and authorities say it's unclear why as an English speaker he was in her class that teaches English as a second language.

Built in 1968, the jail that housed the men holds about 900 inmates. It was the first breakout from the facility in nearly 30 years.