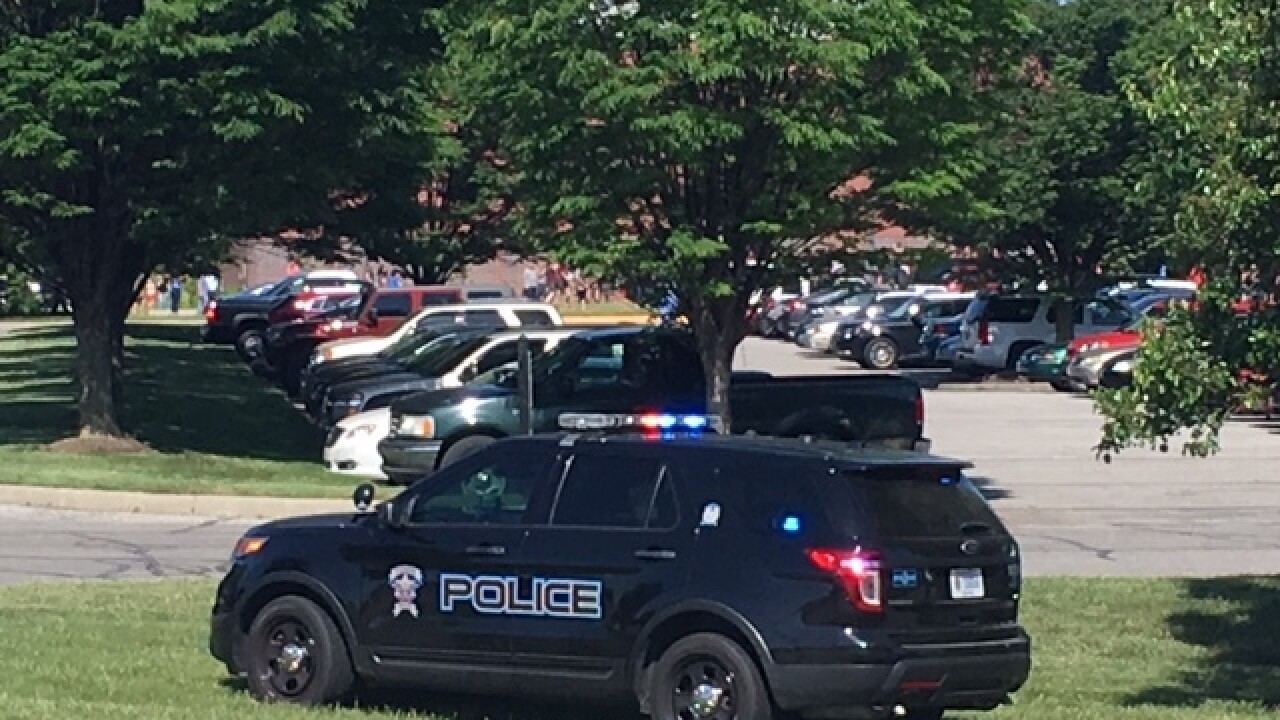 Jason Seaman didn't give much thought to the most dangerous decision of his life.

When an armed student entered his Indiana classroom and started firing, the teacher lunged at the shooter and stopped the gunfire.

"My actions on that day, in my mind, were the only acceptable actions I could have done," said Seaman, a 7th-grade science teacher at Noblesville West Middle School.

"I deeply care for my students and their well-being. So that is why I did what I did."

Seaman, 29, spoke publicly for the first time Monday since he was shot three times. The football coach and former college defensive lineman used his athletic skills to take down the assailant.

"Mr. Seaman started running at him. He tackled him to the ground," one boy told reporters shortly after the shooting Friday. "We were all hiding in the back of a classroom behind some desks, then (Seaman) was yelling to call 911, to get out of the building as fast as we could, so we ran (out)."

The young attacker shot Seaman as well as a female student, who was in critical condition. On Monday, Noblesville Superintendent Beth Niedermeyer said the wounded student was "making progress."

Seaman deflected praise from him gave credit to a quick-responding school resource officer; an "unbelievably brave colleague" who entered his room and helped the wounded student; and the student who fought for her life after getting shot.

"Her courage and strength at such a young age is nothing short of remarkable," the teacher said.

Seaman also thanked a Noblesville High School student who set up a GoFundMe page to help pay for his medical bills.

"I can't really fathom how someone I have not personally met would do such an act of kindness and how the Noblesville community has been so generous in its response to it," he said.

It's still not clear why the shooter opened fire at the suburban Indianapolis school. Authorities have not publicly identified the suspect nor released a motive.

This much we do know: A student asked for permission to leave the classroom and "returned armed with two handguns," Noblesville police Chief Kevin Jowitt said.

Thanks in large part to Seaman's actions, the melee ended quickly, and the student was arrested.

For the first time since the shooting, classes will resume Tuesday at district schools except for Noblesville West Middle School. That school will be open from 10 a.m. to 2 p.m. to provide counseling to students and their families.

It's a sobering way for students to finish their last week of school before summer break. And it's an alarming way to end a year marred by school shootings across the country.

There have been 23 school shootings in which someone was hurt or killed so far this year -- an average of more than one shooting a week.