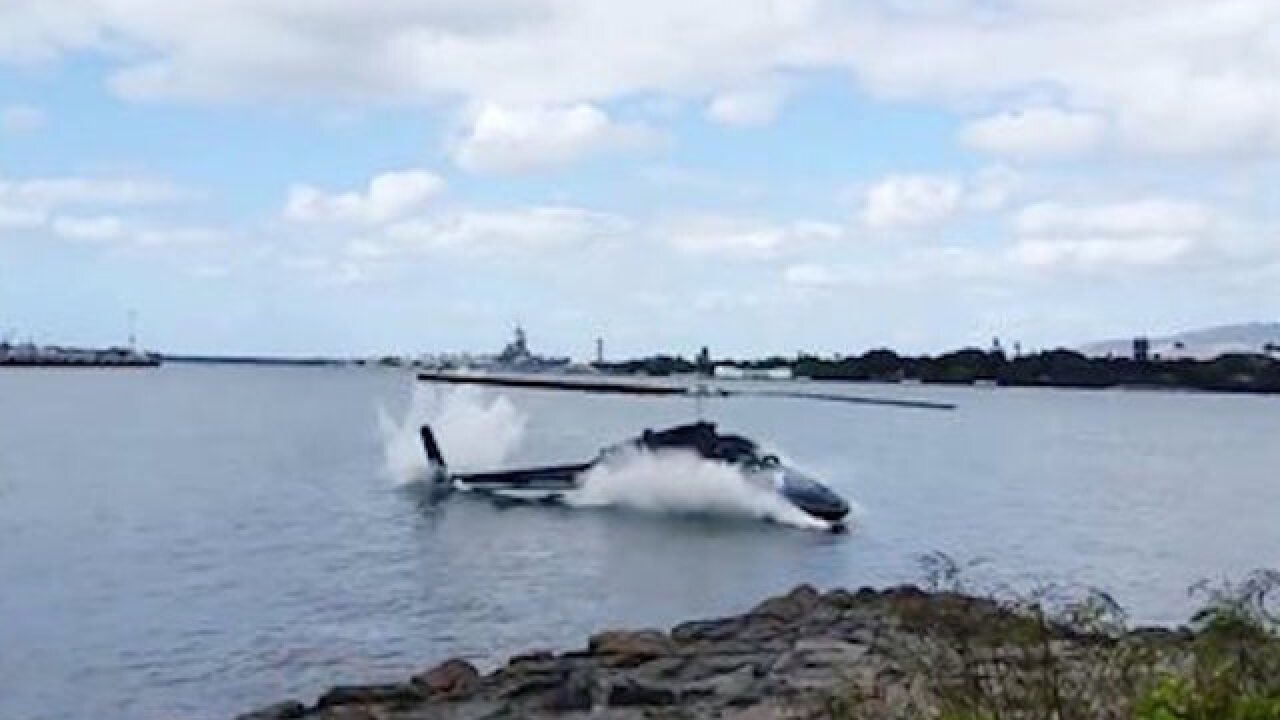 Shawn Winrich
<p>In this image taken from video provided by Shawn Winrich, a helicopter crashes near Parl Harbor, Hawaii on Thursday, Feb. 18, 2016. The private helicopter with five people aboard crashed and sunk into the water, killing a teenaged passenger. (Shawn Winrich via the AP)</p>

HONOLULU -  A hospital says a 16-year-old passenger has died after being injured last week in a Pearl Harbor helicopter crash.

Hospital officials say the teen was pronounced dead Monday and his family has decided to donate his organs.

The teen and three family members visiting from Canada were aboard a tour helicopter when it crashed into the water near the Pearl Harbor Visitors Center on Thursday.

Their names have not been released.

Two family members remain hospitalized in stable condition. Another was treated and released.

Federal agencies are investigating the crash.