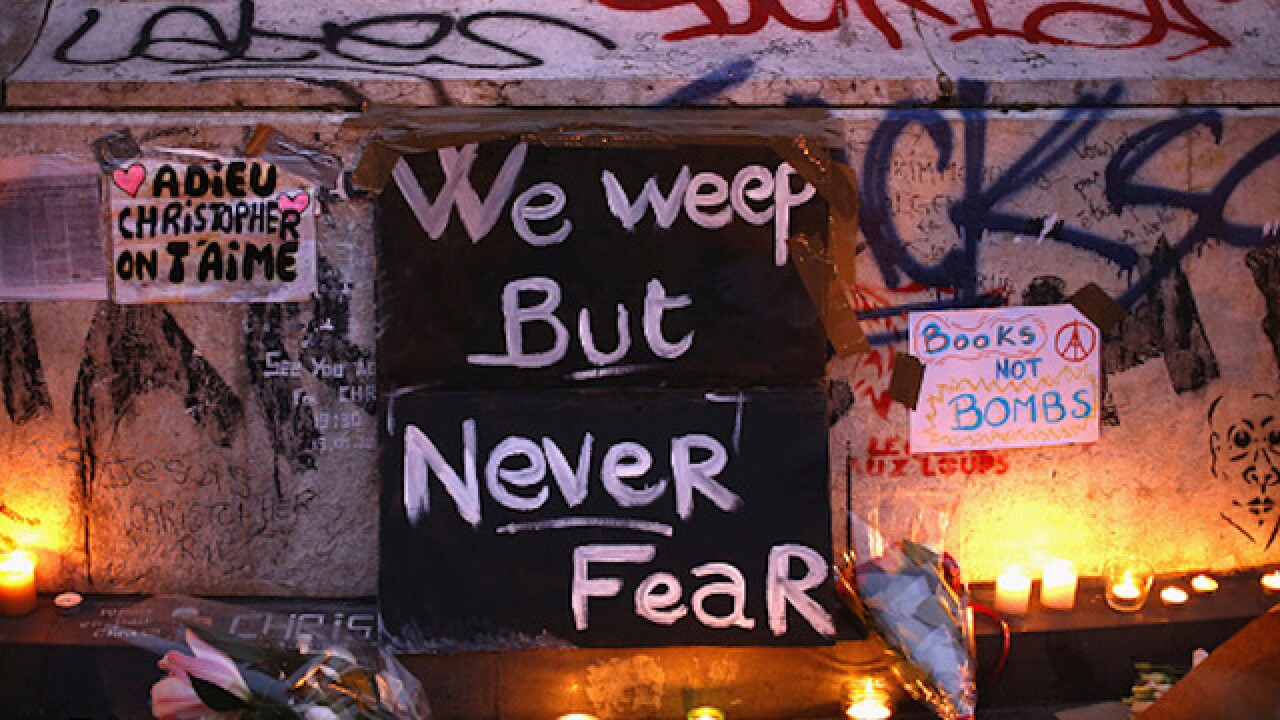 Christopher Furlong
<p>PARIS, FRANCE - NOVEMBER 14: Parisians light candles and lay tributes on the monument at Place de la Republique, the day after deadly terrorist attacks on November 14, 2015 in Paris, France. At least 120 people have been killed and over 200 injured, 80 of which seriously, following a series of terrorist attacks in the French capital. (Photo by Christopher Furlong/Getty Images)</p>

PARIS (AP) — Police arrested a 29-year-old man on Tuesday and held him for questioning about the Nov. 13 Paris attacks, officials said.

The prosecutor's office said the man was arrested in the morning at his home in Villiers-Sur-Marne, a far-flung eastern suburb of Paris.

The spokeswoman for the prosecutor's office, Agnes Thibault-Lecuivre, refused to identify the man or provide further information about his suspected links to the attacks that killed 130 people. Two police officials who confirmed the arrest also gave no further details.

The man arrested Tuesday can be held for questioning for up to six days before being charged or freed. Two people have been placed under investigation in France and more than a half-dozen in Belgium in connection with the attacks.

France moved into a state of emergency after the attacks, which were claimed by the Islamic State group. The coordinated attacks targeted a noted music hall, restaurants and cafes and the main sports stadium, and left hundreds wounded in addition to the dead.

Police in France and Belgium, where the attackers began their journey, are sweeping wide to find those behind it.

Police are still investigating two January attacks around Paris that killed 17 people. The Paris prosecutor's office said two people have been arrested in that case on suspicion of helping provide guns to the man who attacked a kosher supermarket.

The man and woman were arrested Tuesday in northern France, nearly a year after the attacks on the Charlie Hebdo newspaper and the kosher store, the prosecutor's office said. The man is Claude Hermant, a mercenary, while the other is his partner, prosecutors said.

The kosher store attacker, Amedy Coulibaly, killed four people inside the market, and separately a policewoman, before dying in a shootout with police.