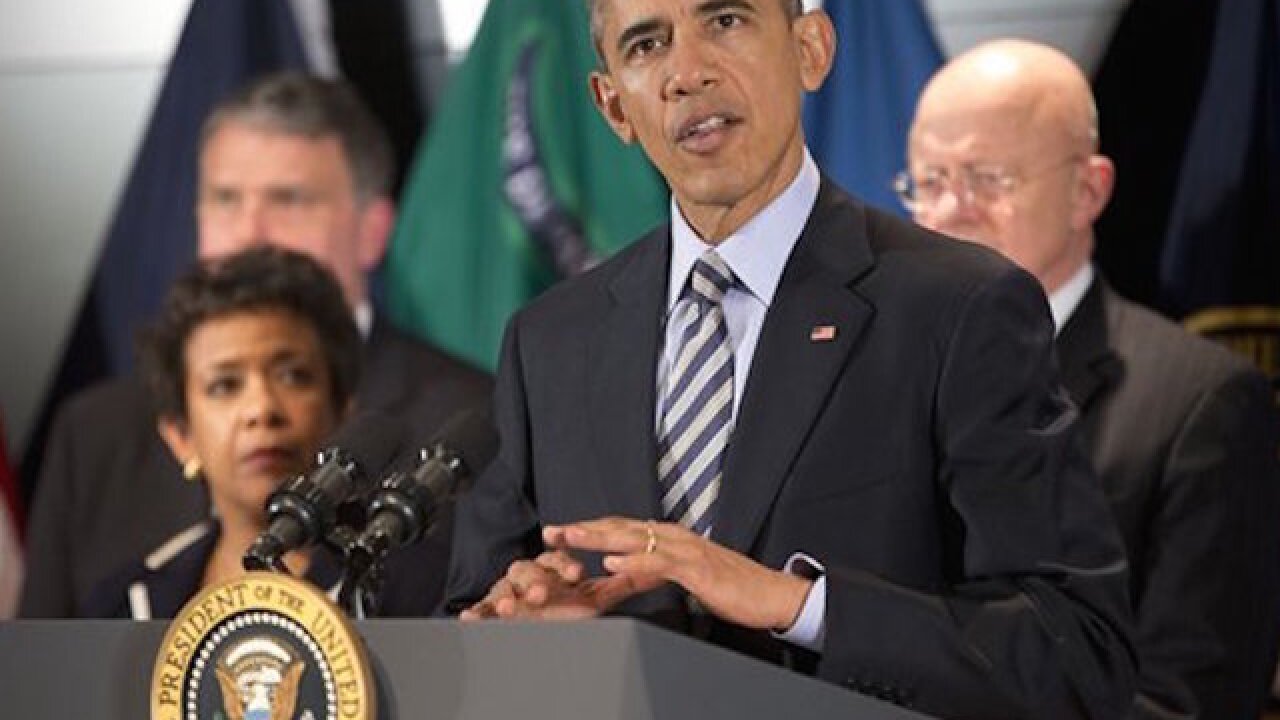 "We cannot give in to fear or change how we live our lives," Obama said in brief remarks to employees at the National Counterterrorism Center. "We will not be terrorized. We've prevailed over much greater threats than this; we will prevail again."

Obama spoke after a briefing by his national security team on the current threat level, the effort to combat extremist groups and propaganda abroad, and steps to tighten scrutiny of people entering the U.S. on visas.

It was the second security briefing the White House has highlighted this week as the president tries to reassure the public in the wake of the mass shooting in San Bernardino, California. The president visited the Pentagon on Monday for an update on the U.S.-led fight against the Islamic State group in Iraq and Syria.

On Thursday, Obama noted he was briefed on the K-1 visa program, which one of the attackers in San Bernardino used to come to the U.S. in July 2014.

Malik and her husband, Syed Farook, pledged allegiance to an IS leader in a Facebook posting as the shooting occurred.

Obama said the threat of terrorism has evolved to include smaller groups or individuals, making detection harder. He said the U.S. was constantly "upping our game" to match the new threats.

He said the U.S. was focused on three areas: going after terrorist overseas; working to prevent terrorists from enter the country; and strengthening ties between law enforcement and local communities and the technology sector to prevent attacks at home.

"We have to be vigilant," he said.