10 jailed in connection with Turkey bombings 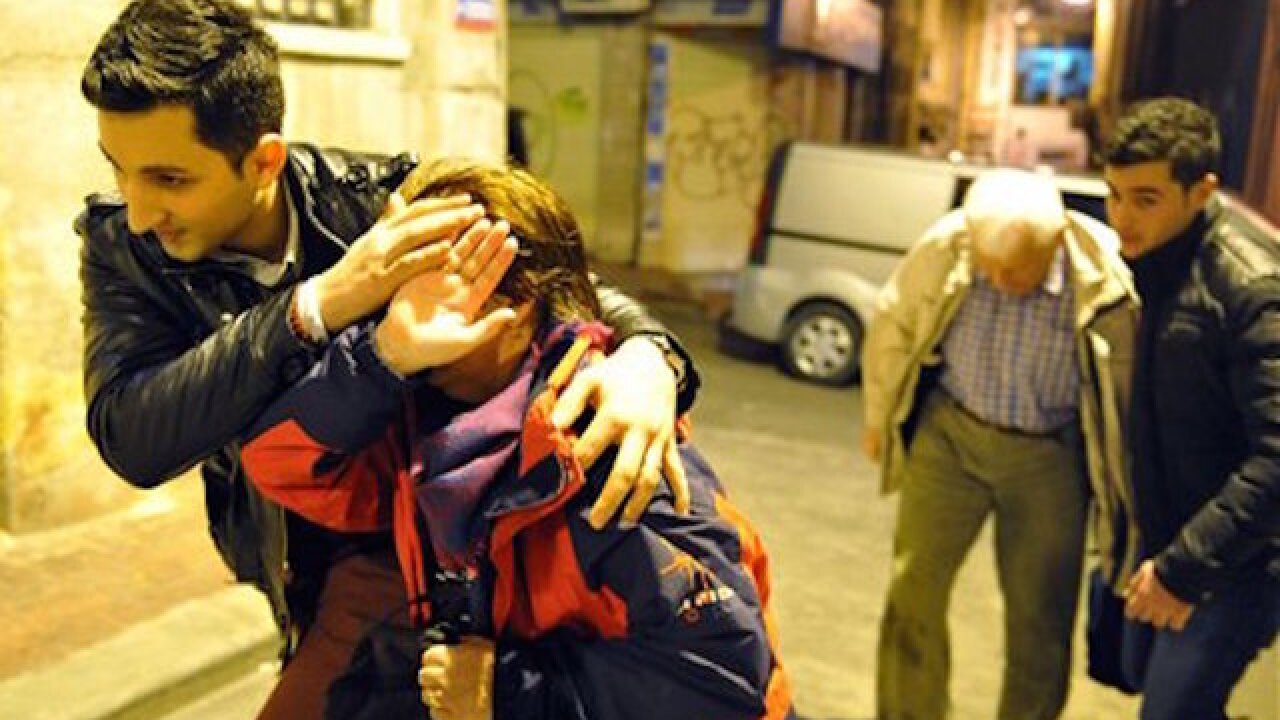 Omer Kuscu
<p>People believed to be German tourists that were targeted at an explosion in the historic Sultanahmet district are escorted back to their hotel in Istanbul, Tuesday, Jan. 12, 2016. A suicide bomber affiliated with the Islamic State group detonated a bomb in a historic district of Istanbul popular with tourists Tuesday morning, killing at least 10 people ó nine of them German tourists ó and wounding 15 others, Turkish officials said. (AP Photo/Omer Kuscu)</p>

ISTANBUL (AP) — Turkish state media say a court has ordered that 10 Syrians with suspected links to the suicide bomber who killed 10 Germans, be jailed pending trial over possible membership in a terror group.

The 10 were among 17 Syrians who were referred to an Istanbul court on Sunday for questioning. TRT television says six others suspects were released on bail. Proceedings against the 17th suspect — a minor — were ongoing.

The suicide bomber set off the explosion near a group of German tourists on Tuesday, just steps away from the landmark Blue Mosque, killing 10 of them.

Turkish officials say the Syrian bomber was affiliated with the Islamic State group. No group has claimed the attack.

There was no information on the suspects or their links to the bomber.