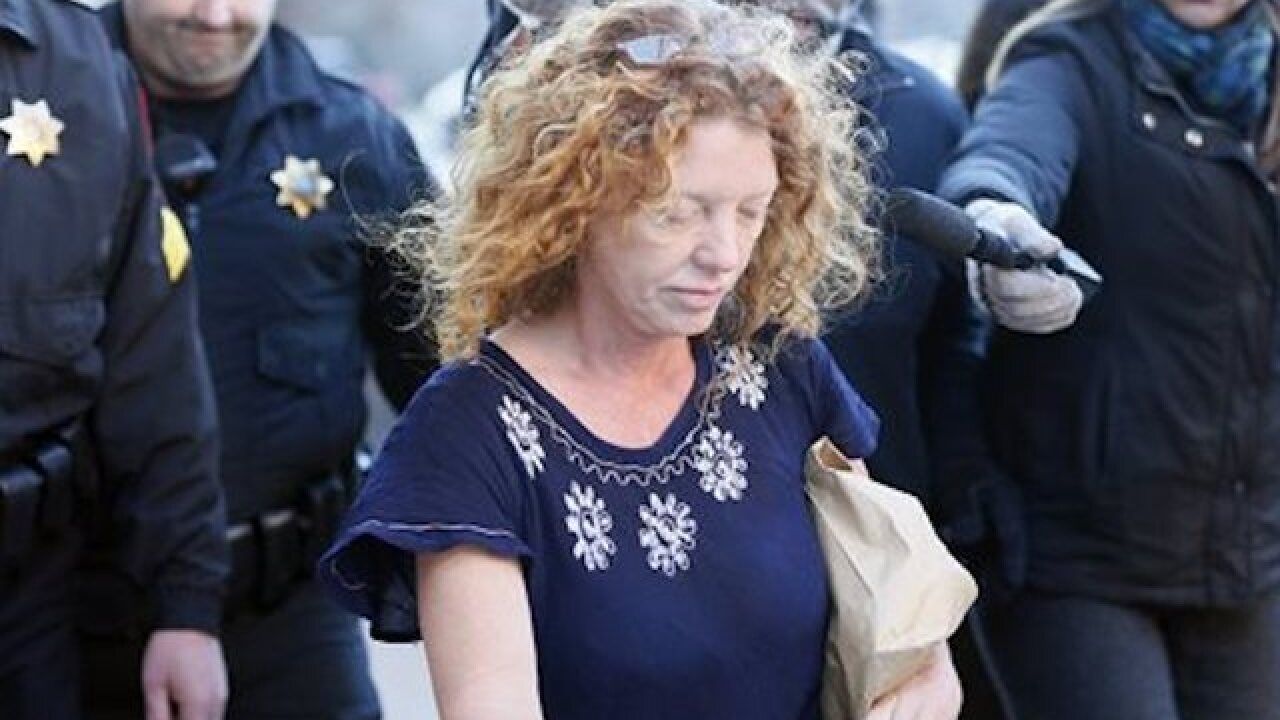 Copyright Associated Press
Brandon Wade
<p>Tonya Couch, center, the mother of a Texas teen who used an "affluenza" defense in a drunken wreck, leaves Tarrant County Jail, Tuesday, Jan. 12, 2016, in Fort Worth, Texas. She is to be fitted with a GPS monitor before release. A judge decreased Couch's bond Monday from $1 million to $75,000. Couch is charged with hindering the apprehension of a felon after she and her son, Ethan Couch, were caught in a Mexican resort city. (AP Photo/Brandon Wade)</p>

FORT WORTH, Texas (AP) — The mother of a fugitive teenager known for using an "affluenza" defense in a fatal drunken-driving wreck was released from a Texas jail on Tuesday, a day after a judge sharply reduced her $1 million bond for allegedly helping her son flee to Mexico.

Tonya Couch declined to speak with reporters when she was released from the Tarrant County Jail in Fort Worth. She posted the $75,000 bond and was ordered to wear an electronic ankle GPS monitor and remain at the home of another son, 29-year-old Steven McWilliams, except for appointments with her doctor and lawyer.

Her arrest affidavit alleges that she and her 18-year-old son, Ethan Couch, fled the state in December as Texas prosecutors investigated whether he had violated his probation in the 2013 wreck that killed four people. Both were taken into custody later that month in Puerto Vallarta, after a call for pizza delivery tipped off authorities to their whereabouts.

Tonya Couch is charged with hindering the apprehension of a felon and could face up to 10 years in prison if convicted. Ethan Couch is still being held in Mexico as he fights deportation.

During Ethan Couch's trial, a defense witness said the teen was coddled into a sense of irresponsibility by his wealthy parents, a condition the expert called "affluenza." The condition is not recognized as a medical diagnosis by the American Psychiatric Association, and its invocation drew widespread ridicule.

Law enforcement officials said Tonya Couch, 48, and her son fled the U.S. after a video surfaced that appeared to show the teen at a party where people were drinking alcohol. If Ethan Couch also was drinking, it would violate his probation and could lead to jail time.

According to an arrest warrant, Tonya Couch is accused of telling her estranged husband, Fred Couch, that he would never see her or his son again before fleeing.

The couple originally married in 1996, but divorced 10 years later. They remarried in April 2011, but court records show they are amid divorce proceedings, haven't been living together as husband and wife since at least August 2014, and that Fred Couch's attorneys couldn't locate Tonya Couch as of Dec. 21.

Law enforcement officials believe the mother and son had a going away party shortly before driving across the border in her pickup truck. They were first tracked to a resort condominium after ordering pizza before police found them at an apartment in Puerto Vallarta's old town.

When they were arrested, Ethan Couch appeared to have tried to disguise himself by dying his blond hair black and his beard brown, according to investigators.