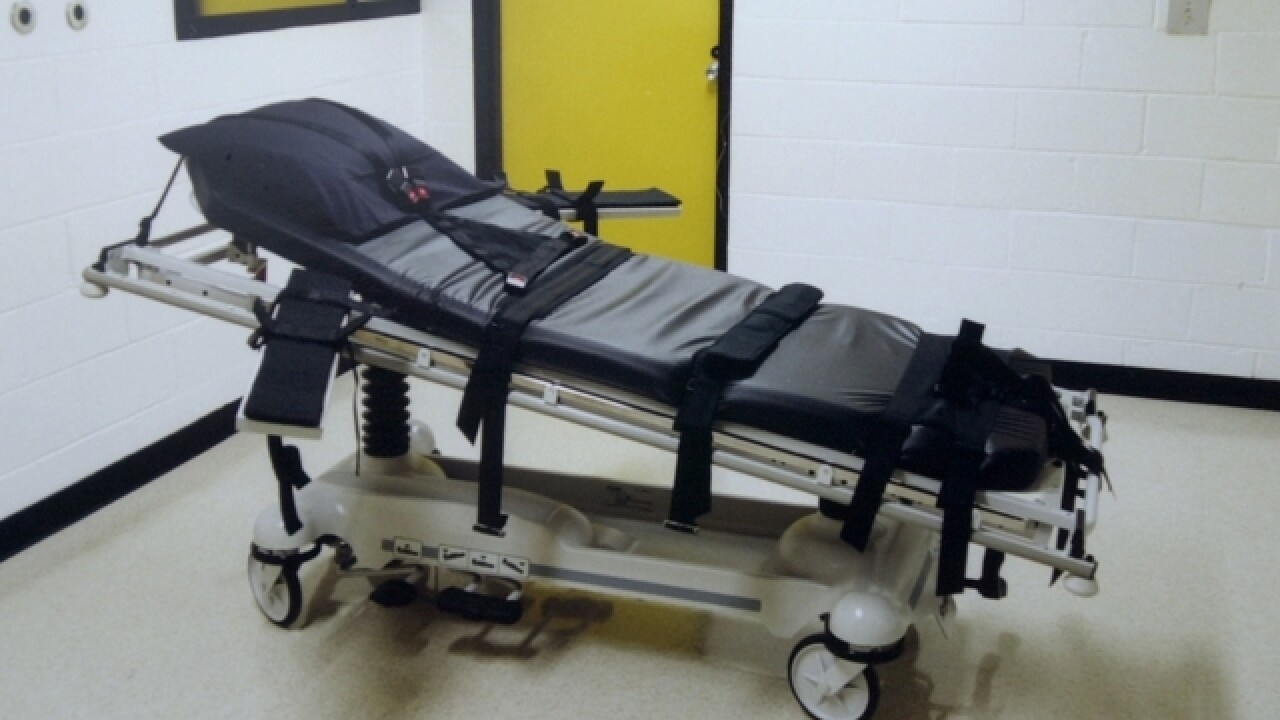 HUNTSVILLE, Texas (AP) — A Texas prisoner was executed Tuesday for the shotgun slaying of a Dallas-area liquor store clerk during a robbery more than 25 years ago.
Gustavo Garcia, 43, was pronounced dead at 6:26 p.m. CST — 16 minutes after the lethal drug began to flow into his arms. He became the third convicted killer put to death this year in Texas, which carries out capital punishment more than any other state.
"God bless you. Stay strong. I'm done," Garcia said in his final statement, adding that he loved his mother and other family. None of his relatives attended the execution.
As the pentobarbital began taking effect, he yawned, gurgled, exhaled and started to snore quietly. Within 30 seconds, all movement stopped.
Garcia was sentenced to death for fatally shooting 43-year-old Craig Turski during a 1990 holdup in Plano. It was one of two killings during robberies linked to Garcia, who was 18 at the time, and then-15-year-old Christopher Vargas.
Garcia's attorneys made no late legal attempts to stop the execution after the U.S. Supreme Court's refusal last week to rehear an appeal. A federal judge also wouldn't halt it, and the Texas parole board rejected a clemency petition.
Garcia spent more than half of his life on death row for the killing of Turski. Vargas was tried and convicted as an adult and sentenced to life in prison. His young age made him ineligible for the death penalty.
Court documents show Garcia shot Turski in the abdomen on Dec. 9, 1990, then reloaded and shot the man in the back of the head. A month later, Garcia and Vargas entered a Plano convenience store armed with a sawed-off shotgun and carried out a holdup in which another clerk, 18-year-old Gregory Martin, was fatally shot in the head.
Martin was on the phone with his girlfriend just before the shooting and told her to call police. Officers arrived and found Vargas standing over Martin's body and Garcia hiding in a beer cooler with the shotgun nearby. Authorities later determined the weapon was the same one used in Turski's death.
In a statement to police after his arrest for Martin's killing, Garcia said he'd ordered Turski to his knees and then a customer entered the store.
"I then panicked," he said. "I shot the clerk with the shotgun."
No one from Turski's family attended Garcia's execution. Martin's sister and brother-in-law witnessed it and declined comment afterward.
"Justice was done today. My thoughts and prayers are with the families of the victims," Collin County District Attorney Greg Willis said.
On Thanksgiving night in 1998, Garcia and five other death row inmates were scaling a pair of 10-foot-high prison fences when corrections officers opened fire on them and they surrendered. A seventh death row prisoner, Martin Gurule, was shot but managed to flee, making him the first inmate to escape Texas death row since a Bonnie and Clyde gang member broke out in 1934.
Gurule's body was found about a week later in a creek a few miles from the prison. An autopsy showed he drowned.
"At least I can say I tried," Garcia said of the escape attempt in a 1999 interview with The Associated Press. "Facing execution is scarier."
Garcia's death sentence was overturned in 2000 on appeal. A year later, he was returned to death row after a second punishment trial.
At least nine other Texas inmates have executions scheduled in the coming months, including three in March.
So far this year, six inmates have been put to death nationwide — three in Texas and one each in Florida, Alabama and Georgia. Last year, 28 executions took place in the U.S., 13 of them in Texas.
Associated Press 2016