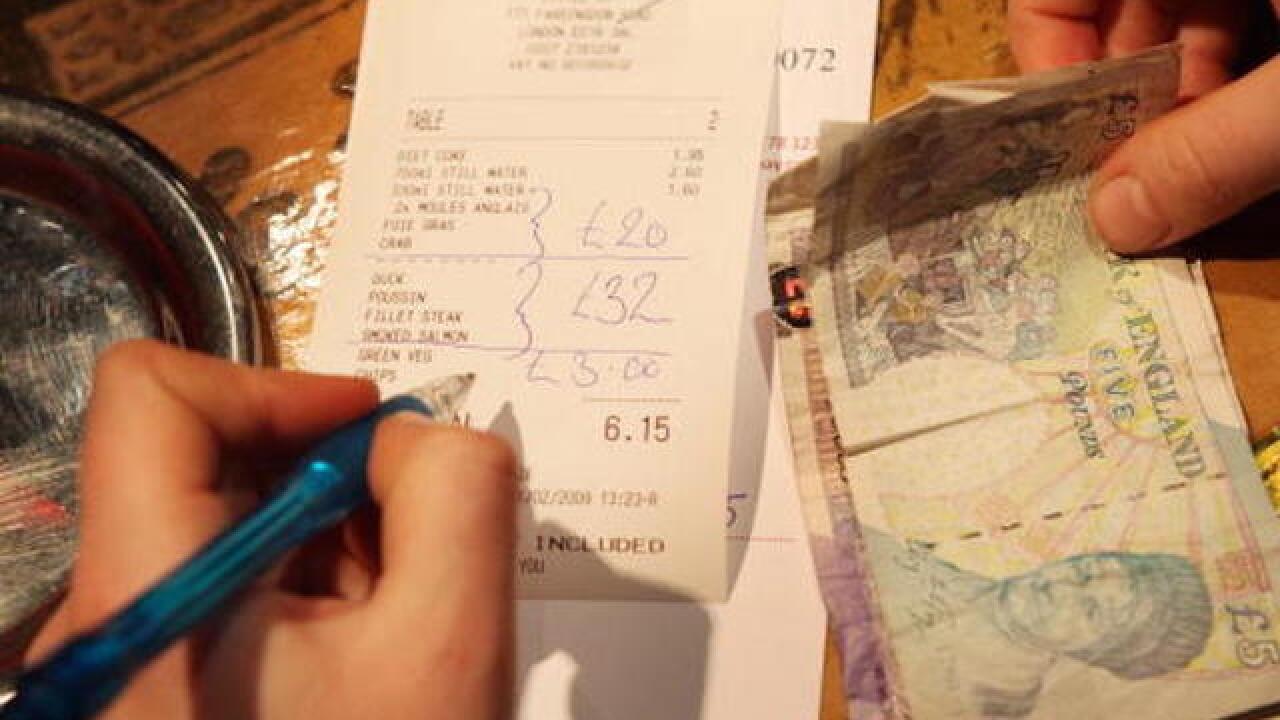 Peter Macdiarmid
<p>LONDON, ENGLAND - FEBRUARY 04: A customer adds her own total to the bill at the Little Bay Restaurant on February 4, 2009 in London, England. The Little Bay Restaurant has been open for seven years and this month customers are invited to pay as little or as much as they think the food and service is worth. Drinks are not included in the deal. (Photo by Peter Macdiarmid/Getty Images)</p>

One kind restaurant-goer gave a Texas waitress a great start to 2016 with a 370 percent tip — along with some life-changing advice.

KHOU in Houston reports that Heather Schelsteder was waiting tables at a Cheddar’s Restaurant on New Year’s Eve when she started chatting with a friendly customer. The customer mentioned that she was a psychologist who was having difficulty dealing with a personal loss.

"She mostly meets with people for juries, but said that she was also going to interview people that come back from the war (who had) PTSD," Schelsteder told KHOU. "She said they come back, and it's really hard for her, because her brother was killed over in a war.”

Schelsteder shared that she was dealing with a loss of her own. Her grandmother has passed away just before Thanksgiving.

"We both started getting teary-eyed, and then we're both like trying to blink it away," Schelsteder said to KHOU. "We just kept talking until the next table came in and she got up and left."

Later, Schelsteder discovered the customer with a $100 tip — on just a $27 bill — along with a handwritten note:

“Have an amazing New Year! It gets easier!”

"(The customer) made a difference," said Schelsteder to KHOU. "She made me realize there are still people out there that do care. Thank you. I didn't get to thank her."