POLL: How would a dog wear pants? 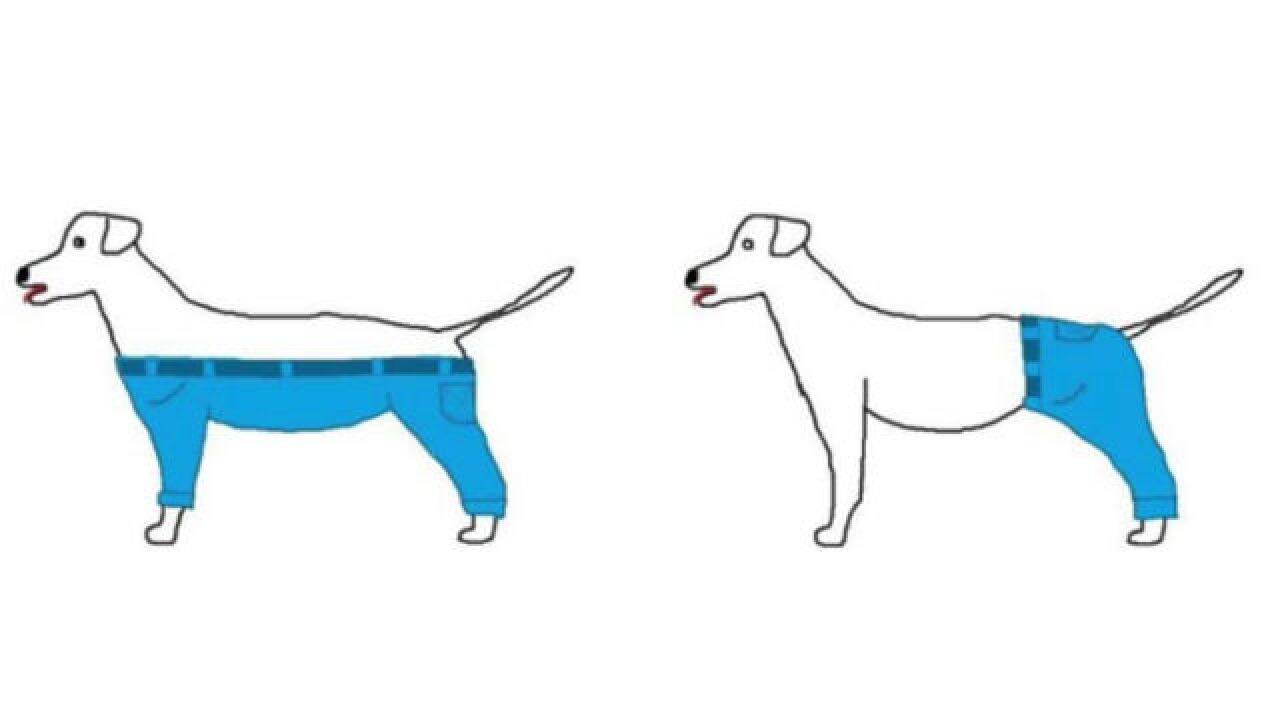 Choose a side — four legs, or two.

The internet has been ablaze the past two days after a Facebook page posed a hypothetical question: If dogs wore pants, how would they wear them? Over all four legs, or just the back two?

The post has since been nearly 5,000 times since this posting, and has sparked an intense online debate not seen since "The Dress" earlier this year.

The four-legged dog pant option doesn't even make sense. It would have to be like a onesie and that's not pants

@jaredbkeller Four Legs. Because like every other dog, he puts his pants on four legs at a time.

Then came the backlash.

"How would a dog wear pants?" "Dogs don't wear pants." "I know, but people on the Internet are talking about it." "Yeah, you're all stupid."

Even the morning talk shows had some fun with the debate.

Now, the moment of truth: Which side are you taking?