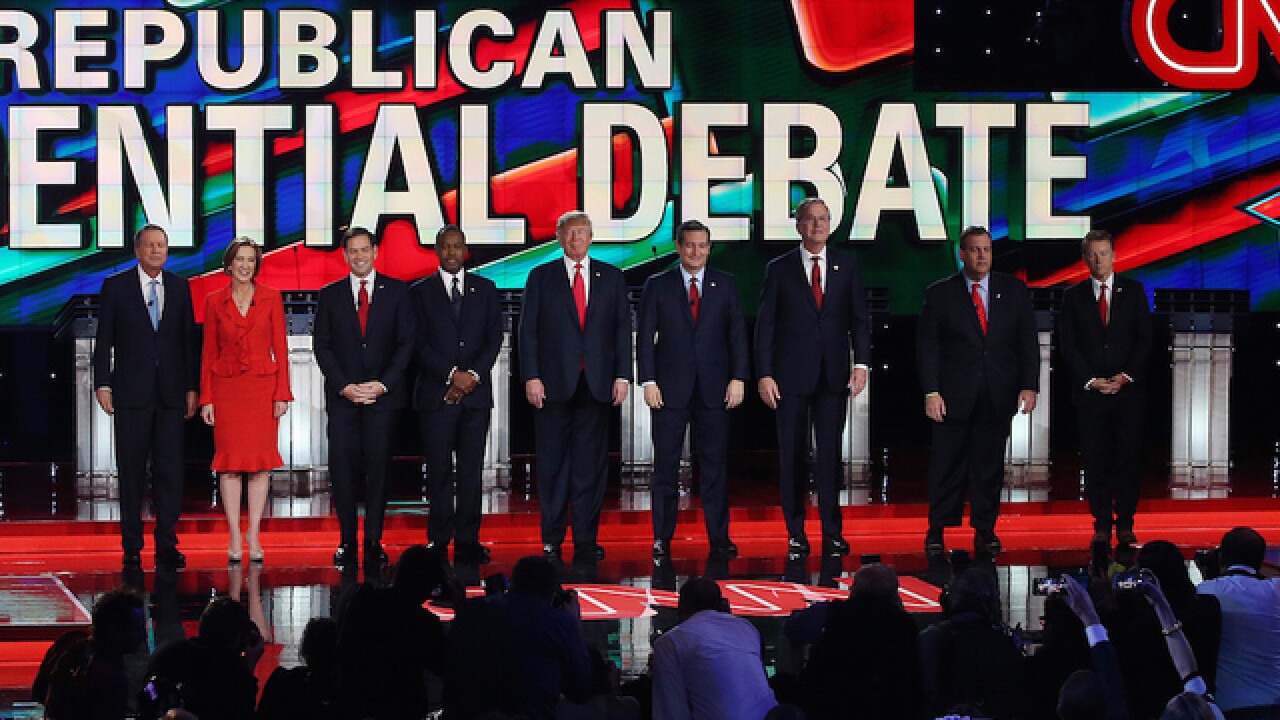 The final Republican presidential debate of 2015 had its share of contentious moments. The nine candidates who qualified for the primetime debate spotlight argued about everything from economic policy to personality traits.

But what did each of them say to their followers after the cameras turned off? A look at the best tweets from each candidate in the hours following Tuesday's debate can tell a story about their personalities.

Debate performance is a subjective art, which explains how three different candidates can tweet proclamations of their own victories in the same debate.

Thank you, so many people have given me credit for winning the debate last night. All polls agree. It was fun and interesting!

As usual, Trump declared himself the undisputed champion of Tuesday's debate. However, his claim that "all polls agree" is negated by his opponent Rand Paul's post-debate tweet.

Paul tweeted a pair of photos of he and his wife following the debate but perhaps his most telling message was a retweet that showed a Brandwatch React poll that declared himself "the people's choice" in the debate.

Give a high five for 5 GOP debate WINS! https://t.co/f2PO1qRBFd pic.twitter.com/GBQU1yUFTK

In his best post-debate tweet, Rubio declared himself not only the winner of Tuesday's showcase but also of the previous four GOP debates.

Not exactly a declaration of victory in the debate, Kasich's post-debate tweet was nonetheless a pat on his own back.

Tonight, Jeb put The Donald in his place & showed he’s the only candidate prepared to lead as Commander-in-Chief. https://t.co/HtAFIzbKAU

Continuing an ongoing publicized feud with Trump, Bush aimed several tweets directly at his opponent after the debate. This one was perhaps his most pointed message.

Join the #CruzCrew and help reignite the promise of America! https://t.co/hinTpzdoFK

Cruz, the only candidate outpacing Trump in Iowa polls, stuck to his message in his post-debate tweets. This one urged new supporters to join his campaign.

Fiorina pleaded for funds in the majority of her tweets following Tuesday's debate.

Carson's most memorable post-debate tweet reflected on the fun he apparently had during the debate. It was in Las Vegas, after all.

Remembering NJ’s Frank Sinatra on his 100th Birthday. Thanks for the memories. #Sinatra100

The only candidate of the nine main-stage debaters to not tweet following the event, Christie's last tweet was a Dec. 12 birthday wish for fellow New Jersey-native Frank Sinatra.