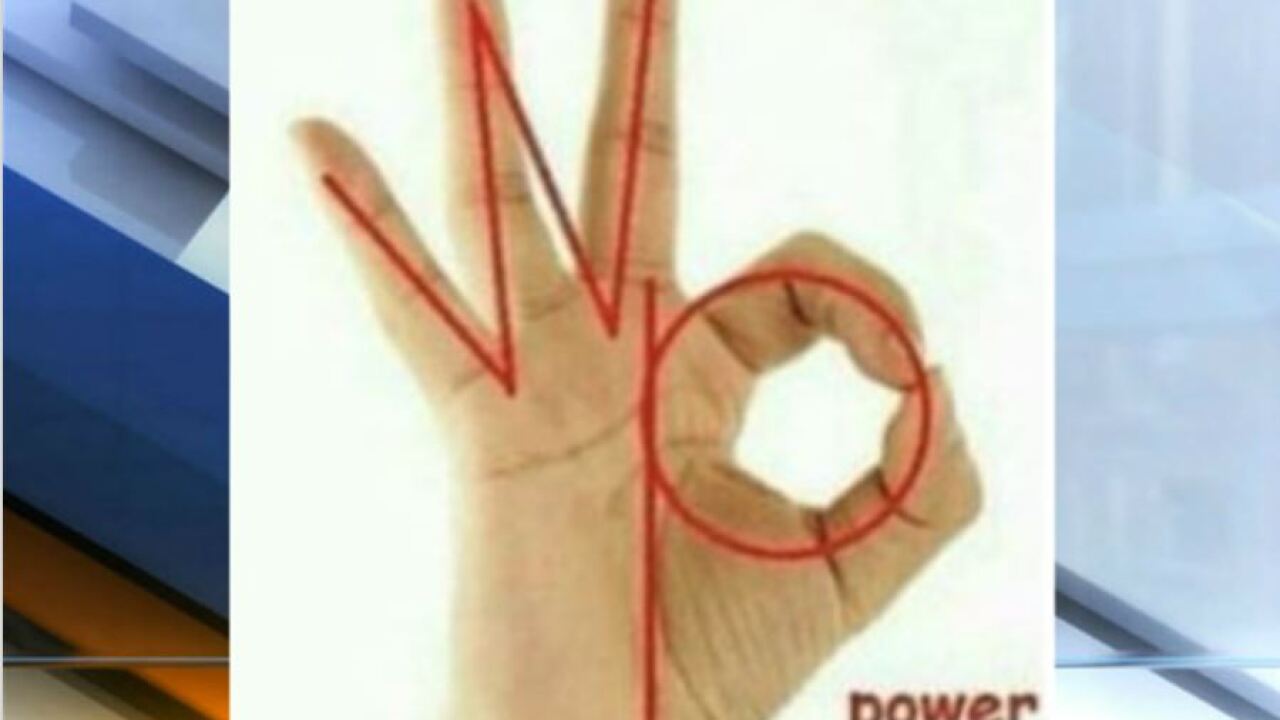 The "OK" hand gesture is now a hate symbol, according to a new report by the Anti-Defamation League.

The ADL added that symbol along with several others on Thursday to its long-standing database of slogans and symbols used by extremists.

The two-finger OK sign is universally known for meaning everything is all right or approval of something. But the ADL says while not everyone means it to be hateful, the sign has been co-opted by the alt-right.

The OK hand gesture and its link to white nationalism began as a hoax cooked up by users of the website 4chan, who falsely linked it to white supremacy, according to the ADL.

It was meant to bait the media or people with liberal ideals to overreact, ADL experts say, and therefore look ridiculous for condemning such an innocuous sign. But in 2019, the sign was adopted by some white nationalists.

"At least some white supremacists seem to have abandoned the ironic or satiric intent behind the original trolling campaign and used the symbol as a sincere expression of white supremacy," the ADL posted in its report.

Their experts point to Australian white supremacist Brenton Tarrant, who stands accused of massacring 51 people at two New Zealand mosques in March. Tarrant is pictured using the OK symbol during a courtroom appearance soon after his arrest. Tarrant has pleaded not guilty.

"We believe law enforcement and the public needs to be fully informed about the meaning of these images, which can serve as a first warning sign to the presence of haters in a community or school," Jonathan Greenblatt, ADL CEO said in statement.

Other New Symbols of Hate

The bowl cut image or emoji is used by white supremacists to symbolize Roof, who shot to death nine black people in 2015 as they prayed in the Emanuel African Methodist Episcopal Church in Charleston, South Carolina.

The "Happy Merchant" depicts an extreme stereotype of a Jewish man rubbing his hands together, which is meant to symbolize greed.

"Moon Man" is a play on a 1980's era MacDonald's commercial that featured a man wearing a crescent moon costume. White supremacists use the character to make videos where he raps using racist rhetoric.

The slogan Diversity = White Genocide has also been added.

"These are the latest calling cards of hate," Mark Pitcavage, Senior Fellow in ADL's Center on Extremism said. "We pay special attention to those symbols that exhibit staying power as well as those that move from online usage into the real world."