The smart-tech future beckons to us from the... 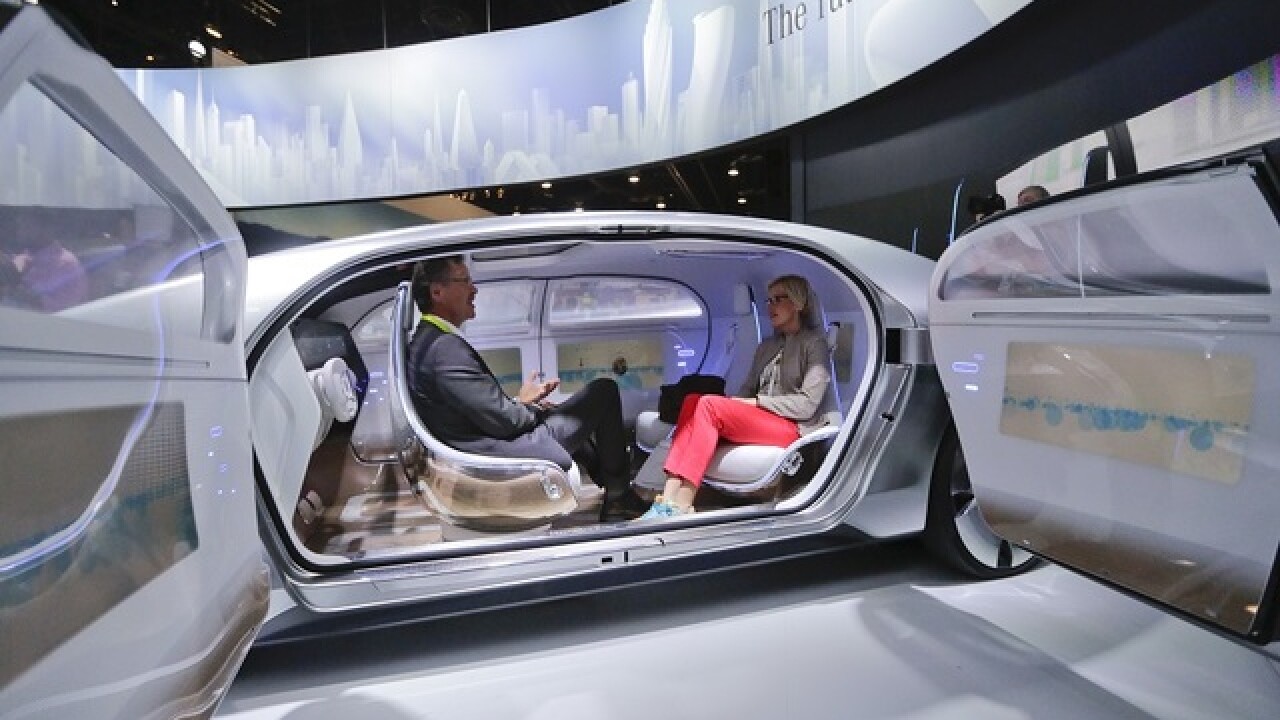 LAS VEGAS (AP) — Look around. How many computing devices do you see? Your phone, probably; maybe a tablet or a laptop. Your car, the TV set, the microwave, bedside alarm clock, possibly the thermostat, and others you've never noticed.
Much of that computing isn't doing much while segregated into individual devices. But many of these gadgets have the potential to get smarter by connecting to their fellows, which in turn could open the door to a brave new "Internet of Things."
To see where that might be taking us, there's no better place than the annual gadget extravaganza formerly known as the Consumer Electronics Show — and now simply as CES.
The show, which starts Wednesday in Las Vegas, is the place for companies large and small to show off new connected devices. These range from the seemingly trivial — for instance, smart umbrellas that message you if you leave them behind — to the undeniably helpful, such as navigation devices that display driving directions onto your windshield so you don't have to take your eyes off the road.
According to the McKinsey Global Institute, a division of the consulting giant McKinsey & Co., the value created by connecting the world's devices could hit $11 trillion annually by 2025, a mind-boggling sum that represents over half of U.S. economic output in a year.
Most of the value comes from industrial uses — like cleaner air from smarter energy use and fewer factory shut-downs due to smarter maintenance. But trillions in benefits are expected to come from consumer-bought products: safer streets because of better-driving cars, robots that take care of household chores and health and fitness trackers that let us know when our bodies need medical attention.
"There's a big value in avoiding pain and suffering," says report co-author Michael Chui.
Of course, people have been making big projections for the Internet of Things for years, yet progress remains halting and fragmentary. Major technology companies can purposefully make it tougher to interact with other companies' gadgets for business reasons. More data can mean less privacy.
In recent years, CES has begun catering more heavily to startups hoping to break through the noise. The sprawling show has sections for wearable fitness gadgets, drones, autonomous vehicles, education, virtual reality, video games, robots, 3-D printers and smart homes.
That's largely a reaction to the fact that many of technology's biggest names have been no-shows for some time. Apple Inc. has skipped the show since the 1990s, and Microsoft Corp.'s then-CEO Steve Ballmer gave the company's last CES keynote in 2012. Google parent Alphabet Inc. and Amazon.com Inc. hold their own events to release products.
And the Consumer Technology Association that runs CES is aiming for attendance this year at or below last year's record 176,000.
Shawn DuBravac, the CTA's chief economist, argues the show's maturity is a good thing, its focus transforming over the last two decades from what was "technologically possible" to what's "technologically meaningful." It's no longer about a robot that can walk up steps. It's about robots that actually mow your lawn.
It's worth bearing in mind that CES is first and foremost a venue for promoting the tech industry — at least the non-Google/Apple/Amazon/Microsoft part of it. Sometimes the promotion falls flat; 3-D screen technology unveiled at CES in 2010 went from the next big thing to a mostly unused feature. Netbooks introduced in 2009 took a back seat to the iPad released a year later. And concepts such as the smart home have taken a really long time to materialize.
For all we know, the Internet of Things could be next on that list. Last summer, two researchers described how they hacked into and took control of a Jeep Cherokee via its cellular connection to the Internet. Cybersecurity firm Rapid7 gave a failing grade to eight of nine popular baby monitors for simple and obvious weaknesses like failing to encrypt Internet-streamed video to prevent eavesdropping or using unchangeable passwords that malicious types could easily find online.
Such issues point to a deeper problem: Many would-be connected devices max out their capabilities doing one thing well, leaving little headroom for security protection that wasn't ever necessary in an unconnected world. Such gadgets could offer hackers an easy route into home or work computers. The fact that many such devices are produced by startups, often crowd-funded and on shoestring budgets, means security is often an afterthought. And the more devices there are, the bigger the potential problem.
"With the Internet of Things, we really have to think in terms of scale," says Rapid7 senior security consultant Mark Stanislav.
Another cautionary note: Regulators are tapping the brakes on entire industries that are getting lavish attention at CES.
In December, California's Department of Motor Vehicles released restrictive draft rules for self-driving cars. They would require licensed human drivers to be ready to take the wheel. Google, which has already a prototype autonomous car that lacks a steering wheel, decried the decision, saying such handoffs could create more problems than they solve. Such regulations could also crimp the utility of self-parking cars that can act like robotic valets.
Similarly, new drone rules from the Federal Aviation Administration require approval for commercial use and a $5 registration fee for hobbyists. A report released in December by Bard College's Center for the Study of the Drone said there were 241 reports to the FAA of near-collisions between drones and manned aircraft from December 2013 to September 2015.
Tougher rules to corral these connected devices could mean that people will be less carefree about buying and using them. That could limit a future where you might casually throw a self-flying drone up into the air for a high-tech selfie.
Copyright 2016 The Associated Press. All rights reserved. This material may not be published, broadcast, rewritten or redistributed.
RTV6