The Week Ahead: Bad weather for Easter 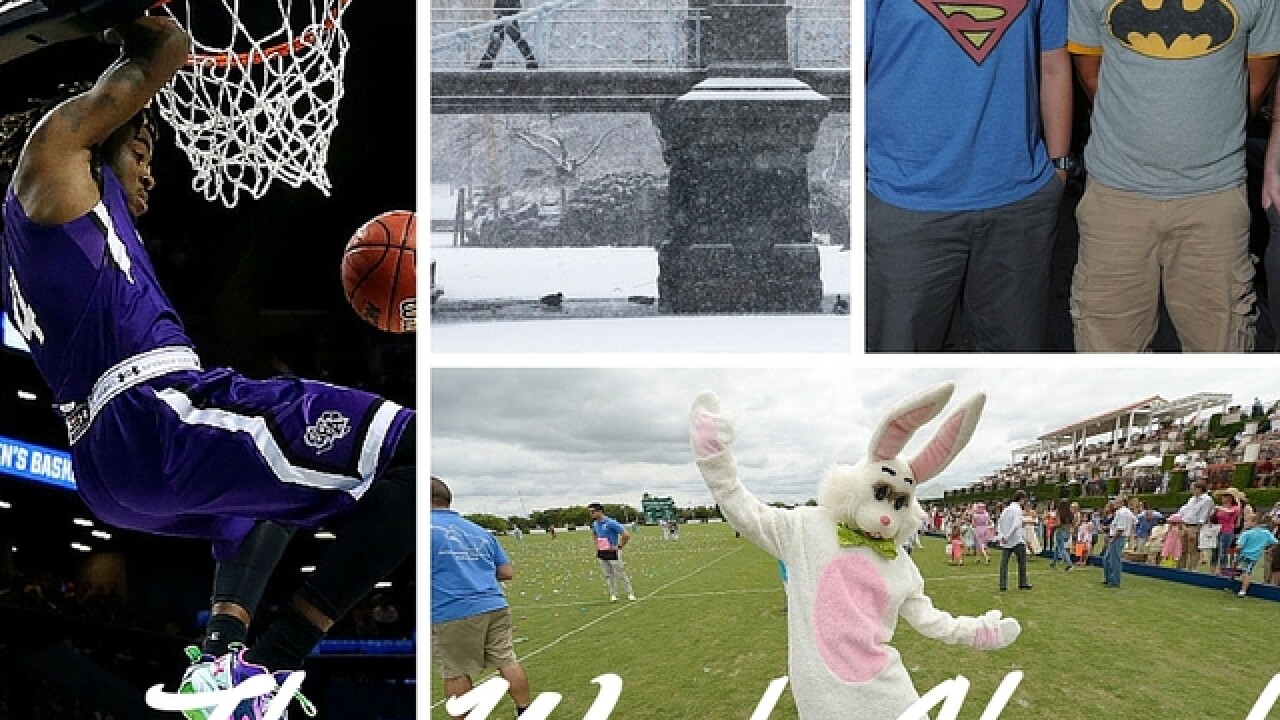 WEATHER:
Spring officially sprung on Sunday night and Easter is right around the corner. However, the weather doesn’t seem to be cooperating, as much of the country will be in for some ugly skies in the coming days.

Parts of the east coast, especially New England , will be in for at least one more taste of winter in the early part of this week. According to the Weather Channel, Providence, R.I., Boston and parts of eastern Maine could get as many as 12 inches of snow.

Later in the week, severe storms in the south could intensify already record floods and bring heavy rains to the rest of the country as they move northward.

POLITICS:
It was a near-perfect win for Donald Trump on “Do or Die Tuesday” last week, but a crucial loss in Ohio could block him from gaining the 1,237 he needs to earn the Republican nomination. Needing every delegate he can get to avoid an open convention, Trump will look for wins in Arizona’s winner-take-all primary and Utah’s majority-take-all primary on Tuesday.

Though Trump holds a large lead in Arizona , he trails Sen. Ted Cruz in Utah by a significant margin. If he can hold Cruz to less than 50 percent of the vote in Utah, Trump will gain a few vital delegates.

On the Democratic side, Bernie Sanders desperately needs a win if he wants to remain a relevant threat for the nomination. Last week, Hillary Clinton clobbered the Vermont senator on “Do or Die Tuesday,” making it ever more likely that Clinton will be the party’s nominee. In addition to Arizona and Utah, Democratic voters from Idaho hit the polls on Tuesday, while voters from Alaska, Hawaii and Washington will take their turn on Saturday.

CONGRESS: It’s been almost a week since President Obama nominated Merrick Garland for the open seat on the Supreme Court. Unsurprisingly, the Republican-led Senate has not taken a vote to approve Garland’s nomination. While a few Senators have broken with the party line and called for a vote, don’t hold your breath. It’s unlikely a vote will take place any time soon.

SPORTS: The final 16 college basketball teams will square off next weekend for spots in the Final Four. While your bracket is probably already busted ( no one in the country had a perfect bracket after the first two days), you’ll be in for a treat of the third and fourth rounds are anything like the last two.

ENTERTAINMENT: Perhaps the most anticipated movie release of the year is slated for this weekend, as Batman v. Superman: Dawn of Justice is set to open in theaters. Ben Affleck will make his debut as Batman and square off with Henry Cavill’s Superman in a battle for the soul of Metropolis.

Put some Windex on it! The cast of My Big Fat Greek Wedding reunites for a sequel 14 years after the release of the classic romantic comedy.