The Week Ahead: Digging out of the blizzard 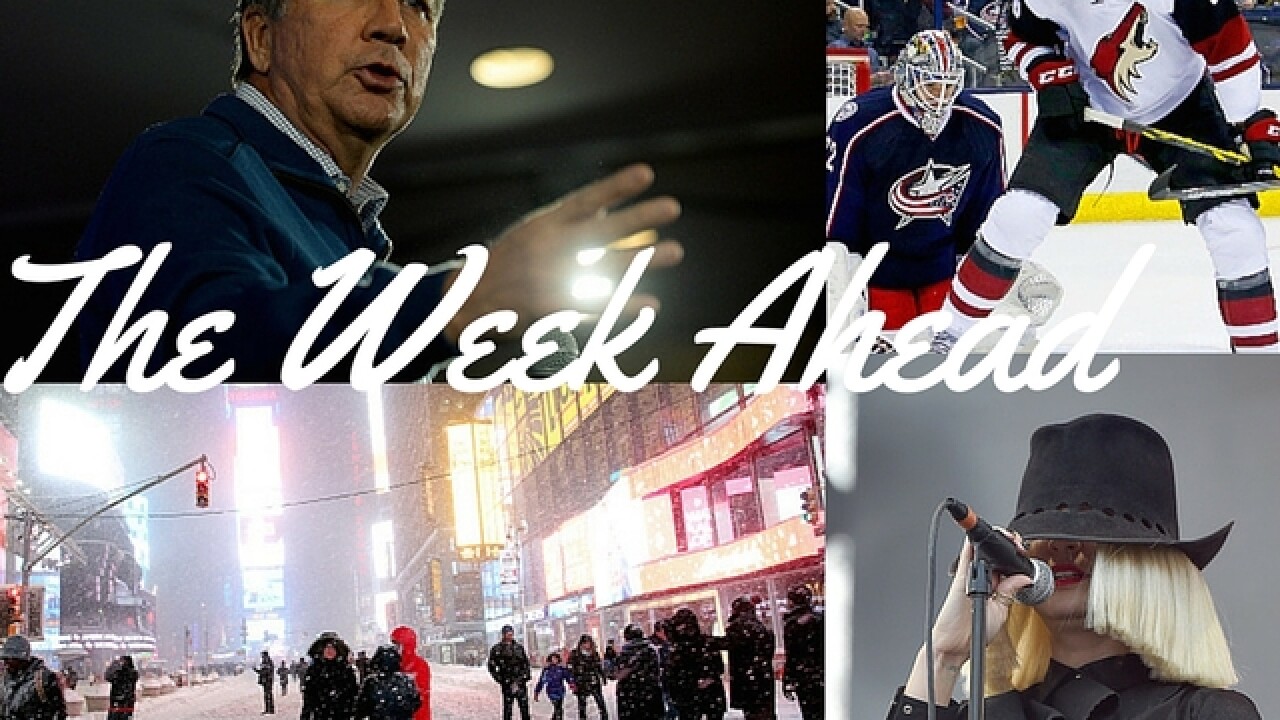 Stranded on an east coast highway with nothing to do? Catch up on the big headlines that will be dominating next week's news cycle.

WEATHER
After a historic blizzard dumped nearly three feet of snow on parts of the east coast, we deserve a break from winter weather. Luckily, Mother Nature decided to cooperate.

Much of the country should expect warmer than usual temperatures this week, which should help those still trying to dig out from winter storm Jonas. Temperatures may hover just above freezing this week, but the east coast will take just about anything it can get at this point.

POLITICS
It’s unclear if winter storm Jonas leans left or right on the political scale, but it is clear that he’s making an impact in Washington this week.

After the Nation’s Capital received 30 inches of snow over the weekend, the House of Representatives postponed a number of important votes scheduled for next week — the most notable of which was a vote to override President Obama’s veto of a bill that would repeal much of his healthcare reforms. Congress is expected to resume a normal schedule of voting on Feb. 1.

Democrats’ Town Hall — Though not labeled as a “debate,” the Democratic presidential candidates will take center stage on Monday for a “Town Hall” discussion. Sen. Bernie Sanders has seen a stunning surge in the polls over the past few weeks, and currently leads front runner Hillary Clinton in Iowa by a slim margin. With the Iowa Caucus just a week away, expect Clinton to come out swinging.

The Town Hall meeting airs on CNN on Monday evening.

GOP Debate — Not to be outdone, the Republicans will take the stage on Thursday for one final debate before voting begins. Though Donald Trump and Sen. Ted Cruz have emerged as the front runners in the crowded field, Gov. John Kasich has experienced a surge in the important state of New Hampshire in the past few weeks. Is this the debate where he finally makes his move into the top tier of candidates?

The debate, broadcast from Des Moines, Iowa, will air on Fox News on Thursday.

SPORTS
It’s the weekend we’ve all been dreading — the first weekend in nearly seven months without any football to hold us over. Yes, the Pro Bowl takes place on Sunday, but does that really count as football at this point?

Luckily, there’s some good college basketball to help with your football hangover. No. 23 Kentucky will travel to No. 3 Kansas on Saturday, arguably the best non-conference matchup of the entire season. No. 13 Virginia visits No. 17 Louisville for a matchup of ACC powers, and No. 10 Texas A&M hosts No. 19 Iowa State.

NHL All-Star Game — Sunday also gives us the first look at the NHL’s new All-Star Game format. After years of trying to make the game relevant with a schoolyard-draft format, the league has moved to a four-team, 3-on-3 tournament between the league’s divisions this season. While it’s unclear if the format will make the event watchable, it will be worth tuning in to see current minor-leaguer John Scott captain the Pacific Division squad.

MOVIES
The biggest Oscar snub this season? It has to be Kung Fu Panda 3, which debuts in theaters this Friday. Jack Black, Angelina Joilie, Jackie Chan, David Cross and Dustin Hoffman are all back for another go around in this family-favorite franchise.

MUSIC
Though she’s been making music for nearly two decades, Sia owned 2014 with her smash hit “Chandelier.” On Friday, she releases her seventh album “This is Acting,” featuring her single “Alive.”

Remember the ‘80s? You will after listening to St. Lucia’s hit “Love Somebody.” The Brooklyn based-electronic pop group will release its second album “Matter” on Friday.