The Week Ahead: New polls, new TV and MLK Day 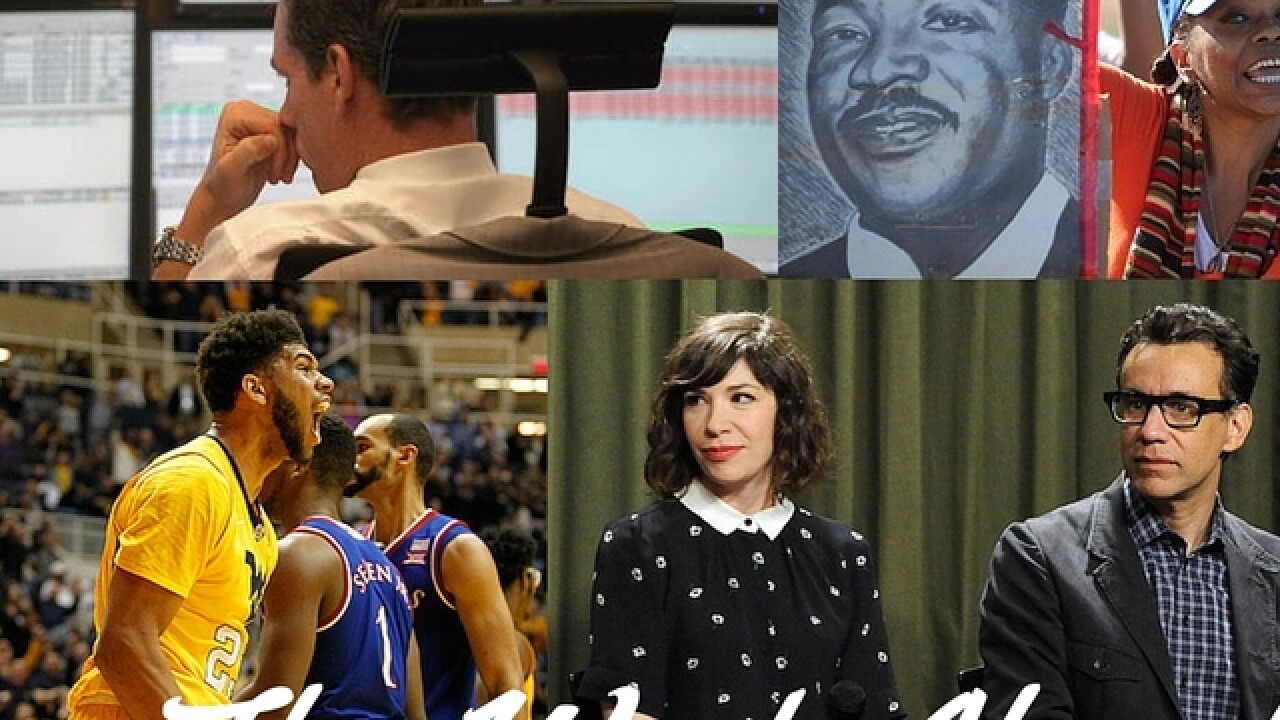 The U.S. government and hundreds of other businesses will be closed on Monday. But the opening of business on Tuesday could prove to be one of the most pivotal moments for the economy since the 2007 recession.

On Tuesday, markets will look to rebound after a sharp drop on Friday. Stocks have struggled in the first two weeks of 2016, as fears surrounding a weakened Chinese economy and low oil prices continue to scare away investors.

With the market closed Monday for Martin Luther King, Jr. Day, traders will have time to chew on some Chinese economic markers that is slated to be released Monday evening. The first few moments of trading on Tuesday could set the tone for the rest of the economic year.

On the other side of the aisle, the Democrats square off in their own debate on Sunday evening. Sen. Bernie Sanders has seen an unprecedented surge in momentum in recent weeks, and has even passed front-runner Hillary Clinton in a few polls.

With the Iowa caucuses just over two weeks away, the next set of polls to be released will be one of the last indicators as to who has momentum before Americans hit the polls.

College basketball
It’s been a strange season for college basketball in 2015-16. At the midpoint of the season no team has managed to separate itself from the pack — unlike the past few years, when teams like Duke and Kentucky were clear-cut top-ranked teams.

Last week was not kind to college basketball’s best, as four teams in the top ten suffered crucial losses: No. 1 Kansas, No. 3 Maryland, No. 4 Michigan State and No. 9 Duke. No. 2 Oklahoma should assume the top spot when the new rankings are released this week; No. 5 North Carolina, No. 6 Villanova and No. 7 Xavier could also see big jumps in the rankings.

Marvel’s Agent Carter returns for its second season on Tuesday. The show, set in the Marvel Universe and inspired by the Captain America films, follows Peggy Carter (Hayley Atwell), who must balance life as a secret agent and a single woman in post World War II America.

Agent Carter airs on Tuesday on ABC at 9 p.m.

Zach Galifinakis’ new FX series Baskets premiers on Thursday at 10 p.m. The show stars Galfinakis as a man who follows his lifelong dream of becoming a clown. The series was co-created by comedians Louis C.K. and Jonathon Krisel.

Speaking of Krisel, his most notable work, Portlandia, returns for its sixth season on IFC on Thursday. SNL alum Fred Armisen and musician Carrie Brownstein will revive their absurd hipster characters for the surreal sketch show. Catch the premier of season six on Thursday on IFC at 10 p.m.