The week ahead: Jobs, guns and the return of TV 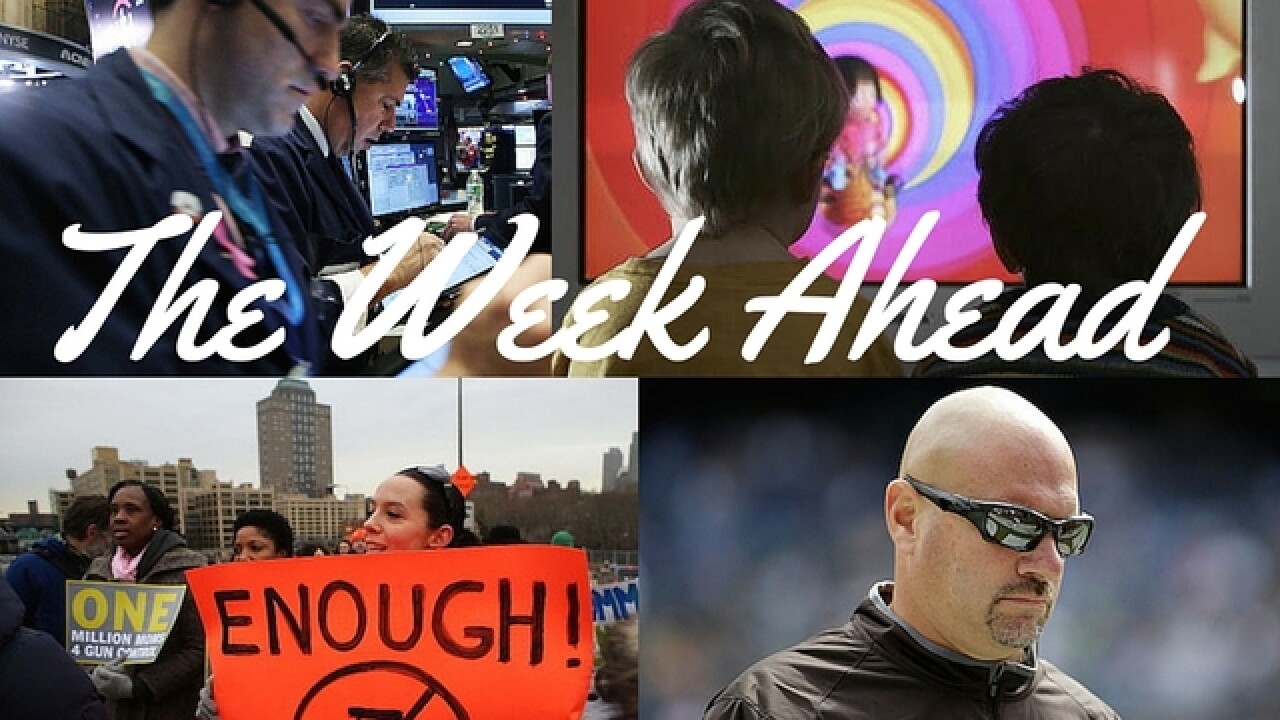 POLITICS
As Barack Obama begins his final year as commander-in-chief, he looks to tackle an issue on where he’s fail to make his mark thus far — gun violence. During his weekly radio address over the weekend, the President says he plans on meeting with Attorney General Loretta Lynch to discuss options to strengthen gun control laws, possibly through an executive order.

But conservative politicians have fired back on Sunday talk shows, saying gun control through executive action would be illegal and unconstitutional. If the President were to pass an executive order limiting the sale of guns, it would provide some fodder for the crowded field of Republican presidential candidates.

ECONOMY
The final job report for 2015 is expected to be released at some point this week, and all signs are pointing to another strong month of growth.

Even the most conservative estimates indicate that the US added about 200,000 jobs during the month of December, meaning employment rose by 2.5 million in 2015 — a bright sign, considering many economists estimate the country is in for a recession in 2016.

NFL Playoffs
Though the teams and matchups are still up in the air, next weekend will mark the first week of the 2016 NFL playoffs. Football fans will be treated to four primetime matchups on Saturday and Sunday in the Wild Card round.

But for those teams not good enough to make the playoffs...

NFL firings
“Black Monday” has become a twisted tradition in the NFL, and some teams seem to partake year after year.

The Cleveland Browns dumped head coach Mike Pettine and general manager Ray Farmer after Sunday's game, meaning they’ll be searching for their eighth head coach since returning to the league in 1999.

The San Francisco 49ers are expected to free themselves of rookie head coach Jim Tomsula after a disappointing season where they won’t finish better than 5-11. Just three years ago, the 49ers were playing for a Super Bowl.

Of course, the Browns and 49ers will join the Philadelphia Eagles, who couldn’t even wait until Black Monday to fire coach/GM Chip Kelly.

Wednesday marks the final season premiere for “American Idol.” The show announced last year that the upcoming 15th season would be its last. This year, the show will be hosted by Jennifer Lopez, Keith Urban and Harry Connick, Jr.

“New Girl” begins its fifth season on Wednesday, as the show returns from nearly a year-long break. The show stars Zooey Deschanel and Jake Johnson, and this season will feature guest star Megan Fox.

Finally, It’s Always Sunny in Philadelphia will begin it’s 11th season on Monday. The irreverent comedy starring Danny Devito has had a remarkably consistent run since debuting over a decade ago.