Kendrick Lamar could be big winner at Grammys 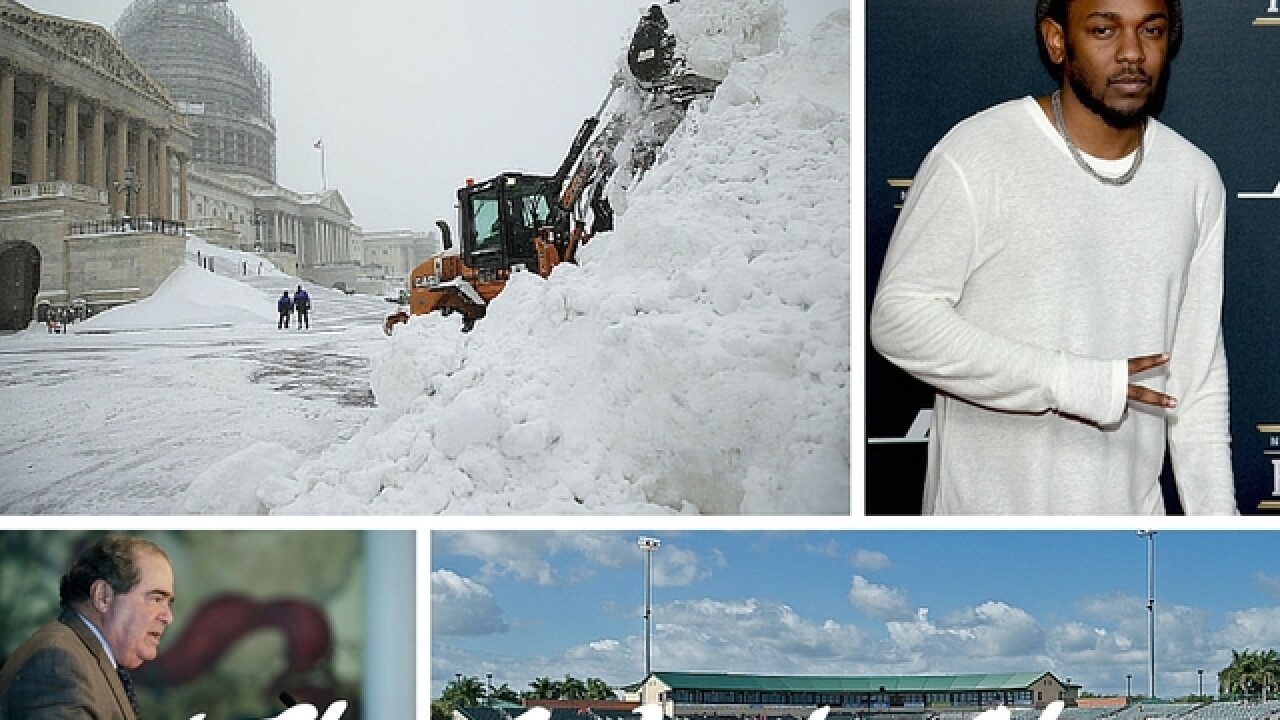 Music’s biggest night will take place on Monday, when the  58th Grammy Awards  take place in Los Angeles. For years, critics have complained that hip hop artists have not gotten the respect they deserve, but that could all change this week. Rapper Kendrick Lamar is nominated for 11 awards, including “Album of the Year” for To Pimp a Butterfly.

Here's what else to expect in headlines this week:

Campaign trail
Election season continues on Saturday, as voting will take place Saturday in both the Nevada Democratic Caucus and the South Carolina Republican Primary. On the Democratic side, both Hillary Clinton and Bernie Sanders appear to be locked in yet another dog fight . As for the Republicans, Donald Trump continues to ride high after a big win in the Granite State, and currently leads in South Carolina by more than 20 points.

On Wednesday and Thursday, Republicans will have one last chance to pitch for Palmetto votes in a town hall event hosted by CNN. The event couldn’t come sooner for Ohio governor John Kasich , who is coming off a strong performance in New Hampshire and has strived in such events in the past. He’s currently polling fourth in South Carolina with a mere nine percent.

WEATHER
The east coast has had just enough time to dig out from Winter Storm Jonas — just in time for some more snow.

Winter Storm Olympia has already dumped up to three inches of snow on western parts of the Midwest, and is expected to continue cause severe weather throughout the early parts of next week.

The Washington D.C. area is again expected to take the brunt of the storm, as well as parts North and South Carolina.

SPORTS
It may not feel like baseball season for most of the country this week, but the 2016 season will kick off for most MLB teams in the coming days. By next Sunday, pitchers and catchers from all 30 teams will have reported to either Arizona or Florida for Spring Training. Believe it or not, Opening Day is just around the corner.

Basketball
The NBA’s Trade Deadline is Thursday, meaning teams have one last chance to upgrade their roster before the push for the playoffs begins. The Houston Rockets are said to be shopping former All-Star center Dwight Howard, possibly to the Boston Celtics. The Cleveland Cavaliers may also make a move, as they try to upgrade in an all-out ditch for a championship.

Broad City
Yas. Yas. Yas. This show about two wacky girls in the city returns to Comedy Central for its third season on Thursday.

MOVIES
Seriously, how has no one already made a movie about Jesse Owens’ triumph at the 1936 Berlin Olympics? Well, rejoice history and sports buffs. Race opens in theaters this Friday.