There was an Obama-Biden reunion at a DC bakery 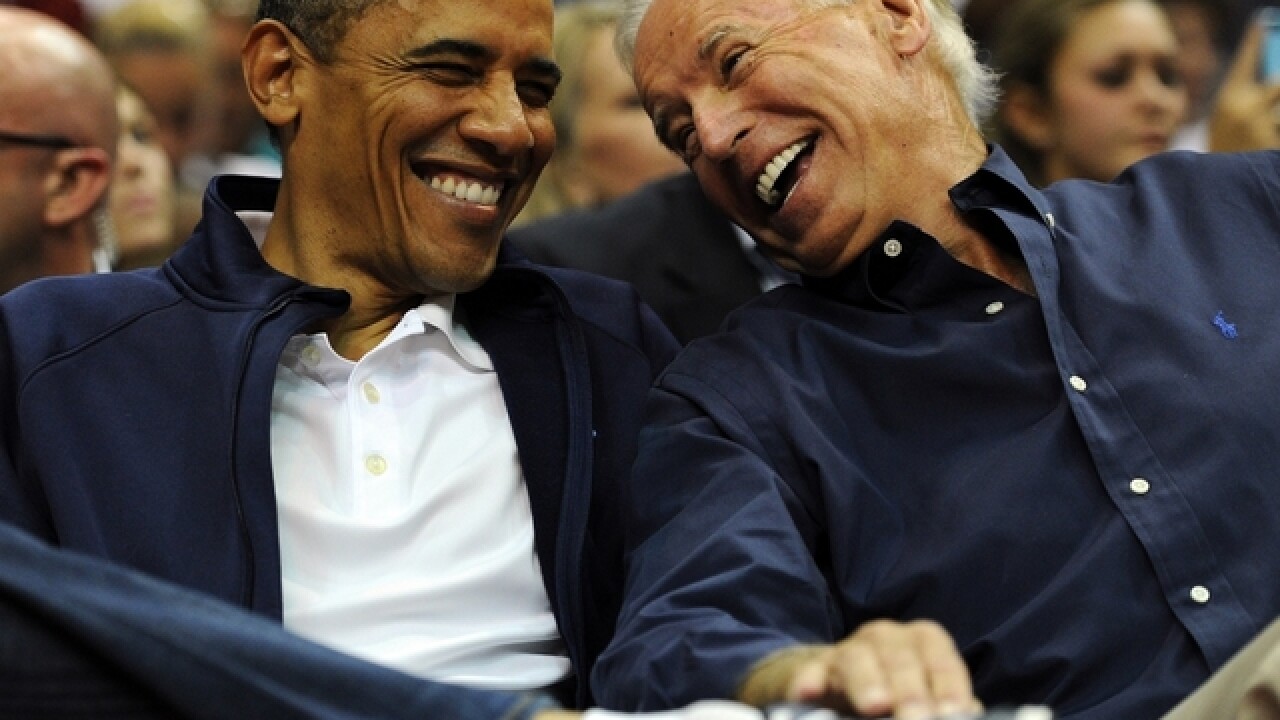 Former President Barack Obama and former Vice President Joe Biden were reunited Monday, when they went out for lunch at a Washington, DC, bakery.

Obama and Biden spent about 45 minutes at Dog Tag Bakery in Georgetown. The bakery runs a fellowship program, now in its eighth class, that acts as a "living business school" for veterans, military spouses and military caregivers, Dog Tag CEO Meghan Ogilvie told COVER/LINE. Professors from Georgetown University teach fellows, who can earn a certificate of business administration from Georgetown University's School of Continuing Studies.

Ogilvie said she found out about six minutes before Obama and Biden arrived that they were coming. She gathered the current 13 fellows and said they would have a team meeting and surprised them when the 44th President of the United States and his Veep walked in.

Obama and Biden met the fellows, took selfies with them and talked to them about their future business plans for about 20 to 30 minutes. They also grabbed a bite to eat.

If it wasn't for the fact they were once leaders of the free world, "it would seem like two friends coming together to have lunch," Ogilvie said.

They ordered ham and gruyère sandwiches. Obama got a side salad, and Biden got a slice of mint basil blueberry cake.

Obama told Ogilvie he was aware of "the good work you've been doing" at the bakery, she said. Before long, photos of Obama and Biden at the bakery began circulating online, drawing a crowd. But, "they didn't tell us to stop having people come in," she said.

Obama's been known to meet with possible 2020 contenders, including his former Vice President. A Democratic source told  CNN  in June that Obama had met with Democrats including Vermont Sen. Bernie Sanders, Massachusetts Sen. Elizabeth Warren, New Jersey Sen. Cory Booker, Los Angeles Mayor Eric Garcetti and former Attorney General Eric Holder to give advice. But unlike Monday's lunch, those meetings were held in private, at his West End office.

Ogilvie described Obama and Biden as "so human" and "so kind."

"They shook everyone's hand," she said, and as they left, they talked with the fellows about the business ideas they had shared. "They learned about them."