What to know about mosquitoes and the Zika virus 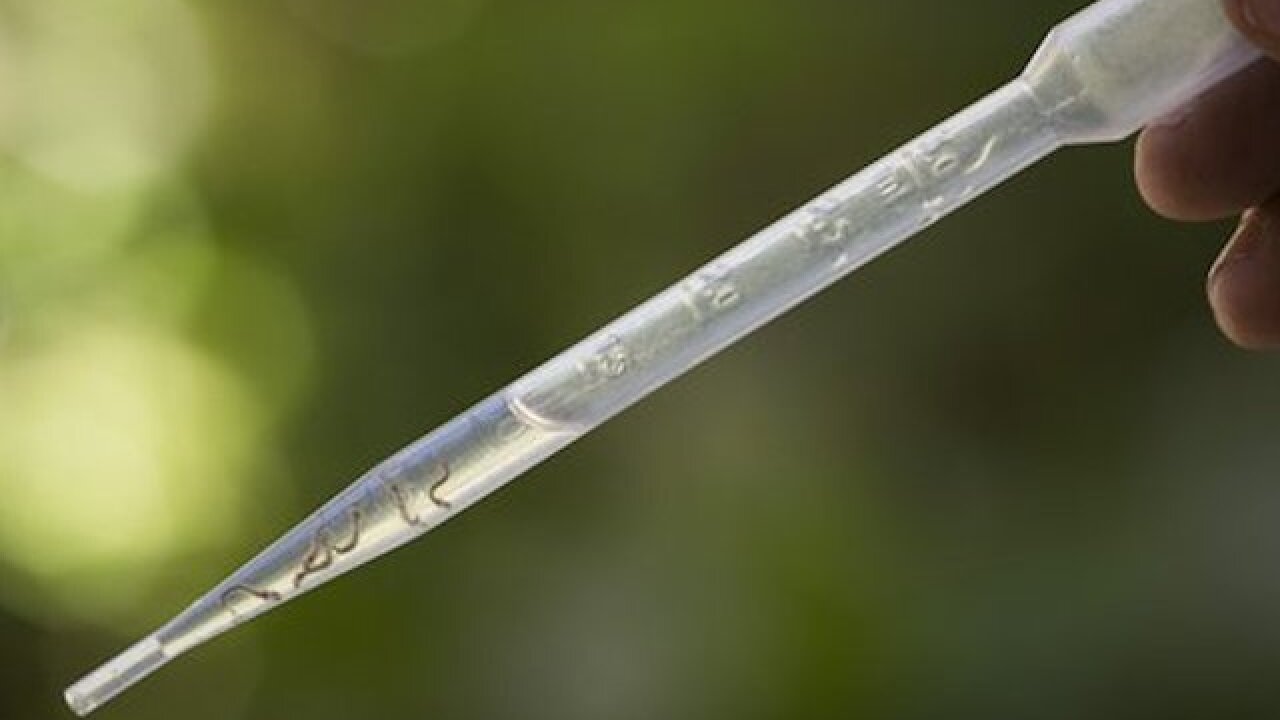 Copyright 2018 Scripps Media, Inc. All rights reserved. This material may not be published, broadcast, rewritten, or redistributed.
Felipe Dana
A health worker shows larvae of the Aedes aegypti mosquitoes found inside a warehouse during an operation to combat the mosquitoes that transmits the Zika virus in Recife, Pernambuco state, Brazil, Tuesday, Jan. 26, 2016. Brazil's health minister Marcelo Castro says the country is sending some 220,000 troops to battle the mosquito blamed for spreading a virus suspected of causing birth defects, but he also says the war is already being lost. (AP Photo/Felipe Dana)

NEW YORK (AP) — Behind the tropical disease outbreaks that have exploded in Latin America is a tiny menace that just won't go away.

It's called the Aedes aegypti (AYE'-dees uh-GYP'-tie), a species of mosquito that has played a villainous role in public health history and defeated attempts to eradicate it from the New World. It can spread a virus called Zika, which is suspected in a surge of birth defects in Brazil.

Five things to know about the bug:

Aedes aegypti is a small, dark, hot-weather mosquito with white markings and banded legs. Scientists believe the species originated in Africa, but came to the Americas on slave ships. It's continued to spread through shipping and airplanes. Now it's found through much of the world, including the southern United States.

Early in the 20th century, scientists showed it was the engine behind devastating yellow fever outbreaks. It became known as the yellow fever mosquito, although that name has been used less often since a successful vaccine was developed against yellow fever. Since then, it's also been identified as a carrier for other tropical illnesses such as dengue fever, chikungunya and Zika fever. Scientists are investigating whether other types of mosquitoes are spreading Zika in Latin America and the Caribbean, too.

Aedes aegypti is the primary spreader of Zika and some other tropical diseases, largely because of its unusually cozy relationship with people. While other species thrive in more rural areas, or at least in parks and gardens, this is a domesticated species — sort of a housecat mosquito — accustomed to living in apartment buildings and city centers. It prefers biting people to animals and likes to feed indoors, during daylight hours. Also, it is a hardy bug that can be particularly challenging to get rid of.

KILLED OFF, IT CAME BACK

In the early 20th century, many countries developed programs to destroy all Aedes aegypti mosquitoes through spraying chemicals and other measures. By 1970, it was eradicated from much of South America — including Brazil. But many mosquito-control programs were cut back. Reasons included budget cuts, and concerns about the use of some insecticides, and the yellow fever vaccine made the mosquito's elimination less critical.

The species roared back. It played a key role in the reemergence of dengue fever in Latin America and the Caribbean, and the recent spread of chikungunya and Zika virus.

Female mosquitoes drink human blood for nutrients used in making eggs. After a female bites an infected person, it can spread the virus through its saliva to its next human victim. Some scientists think Zika may have arrived in Brazil in 2014, carried by visitors attending World Cup soccer games. Perhaps one or more infected visitors were bitten by mosquitoes and started the chain reaction, said Jeffrey Powell, a Yale University mosquito expert who works in Brazil.