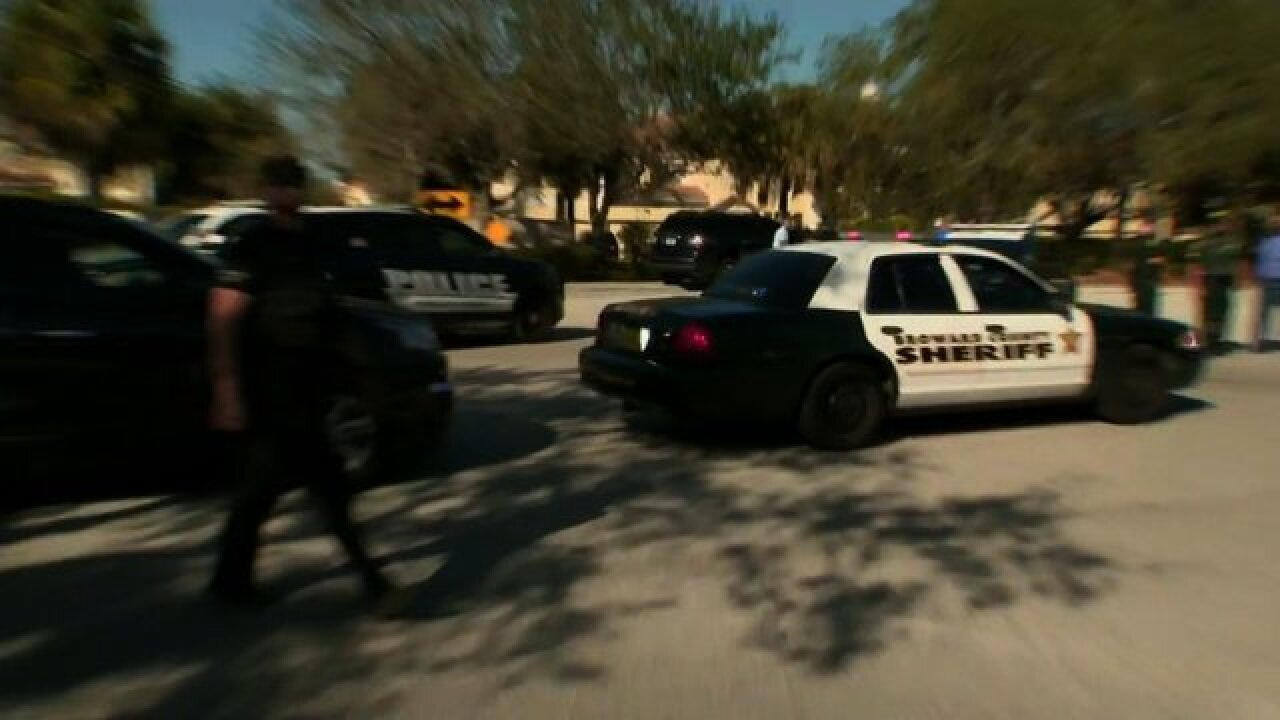 © 2018 Cable News Network, Inc.
WFOR
<p>The Broward County Sheriff's Office in Florida is responding to reports of a shooting at Stoneman Douglas High School in Parkland. There are reports of victims.</p>

The latest of at least four shootings at middle and high schools in the United States in less than two months has resulted in 17 deaths and multiple injuries at Marjory Stoneman Douglas High School in Parkland, Florida, officials said Wednesday.

The Broward County Sheriff's Office in Florida responded to reports of a shooting at the Parkland school on Wednesday, where aerial footage from the scene showed a number of people lying on the ground outside the school building. Students streamed away from the school, some running while others walked quickly in orderly lines with their hands on or above their heads.

A suspect was in custody, the sheriff's office said on Twitter.

In an incident February 1, a 15-year-old boy was shot in the head and a 15-year-old girl shot in the wrist at Sal Castro Middle School in Los Angeles, according to Los Angles fire Capt. Eric Scott. Two other students were grazed by bullets.

A 12-year-old girl was booked for negligent discharge of a firearm in that shooting, which was being considered "unintentional," the Los Angeles Police Department said.

In the first month of 2018, there were two other shootings at middle or high schools that resulted in student deaths or injuries:

Bailey Holt died on the Marshall campus in western Kentucky. Preston Cope died at a hospital.

On January 22, a 15-year-old student was wounded in a shooting at a high school in Italy, Texas, authorities said. The suspect, a 15-year-old, was quickly apprehended.

The incidents above were at middle or high schools. There also have been shootings on college campuses this year, including the fatal shooting of a Winston-Salem State University student at Wake Forest University last month.

On January 31, a 32-year-old man was shot and killed in a parking lot outside a Philadelphia high school during a basketball game, according to CNN affiliate WPVI. The station said 911 calls came in reporting a large fight and shots fired.

In New Orleans, shots were fired at students who were outside for lunch on January 22, CNN affiliate WDSU reported. One student suffered an abrasion on his elbow, according to CNN affiliate WVUE.