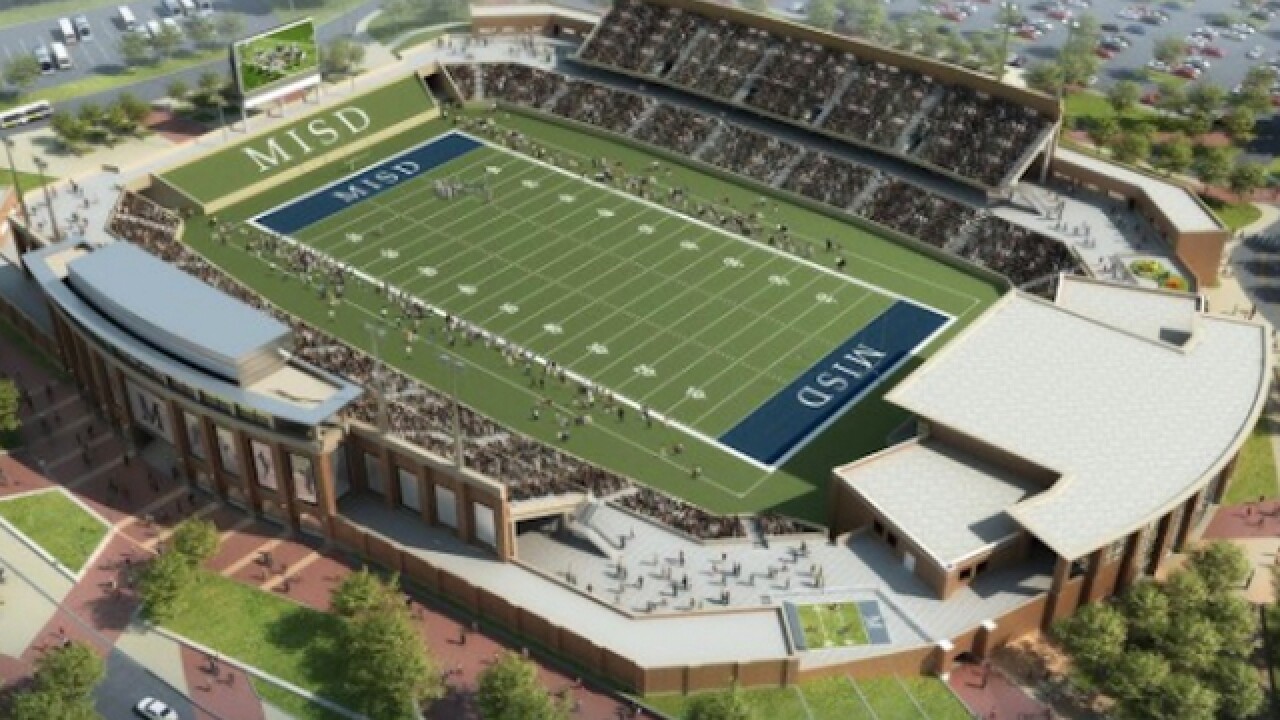 Everything is bigger in Texas, especially if it has to do with football.

According to The Dallas Mornings News , the stadium is part of a $220 million bond package. The facility and attached events center will serve three local high schools, functioning as a mix-use facility to host sporting events of all kinds. In addition to football, the stadium-events center campus will host soccer games, band competitions, banquets and reunions.

McKinney Superintendent Rick McDaniel is projecting his school district will eventually double in size. “You can’t wait until you’ve expanded to that size to start worrying about building these extra facilities,” he told The Dallas Morning News. “When I look into the future, these are things that we’re going to need, and I have to plan ahead.”

High school football in Texas is taken very seriously, and this isn’t the first stadium with a construction cost in this price range. Just four miles south down US Route 75 in Allen, Texas, is the 4-year-old, 18,000-capacity Eagle Stadium, owned and operated by the Allen Independent School District. The Allen stadium had a $60 million construction cost, The Dallas Morning News said. You can see renderings of the stadium, courtesy of the McKinney Independent School District, on Credit.com.

Even with this approval, McKinney residents will see a 2-cent drop in the tax rate, the paper reported. Not all bond initiatives are so friendly, though. Some can result in a jump in property taxes that could make monthly mortgage payments unaffordable for some homeowners since the taxes are sometimes lumped into mortgage payments by the lender.

This article originally appeared on Credit.com .

More from Credit.com
What is a Good Credit Score?
Expert Tips for Finding a Credit Card With Fair Credit
Property Taxes and Your Mortgage