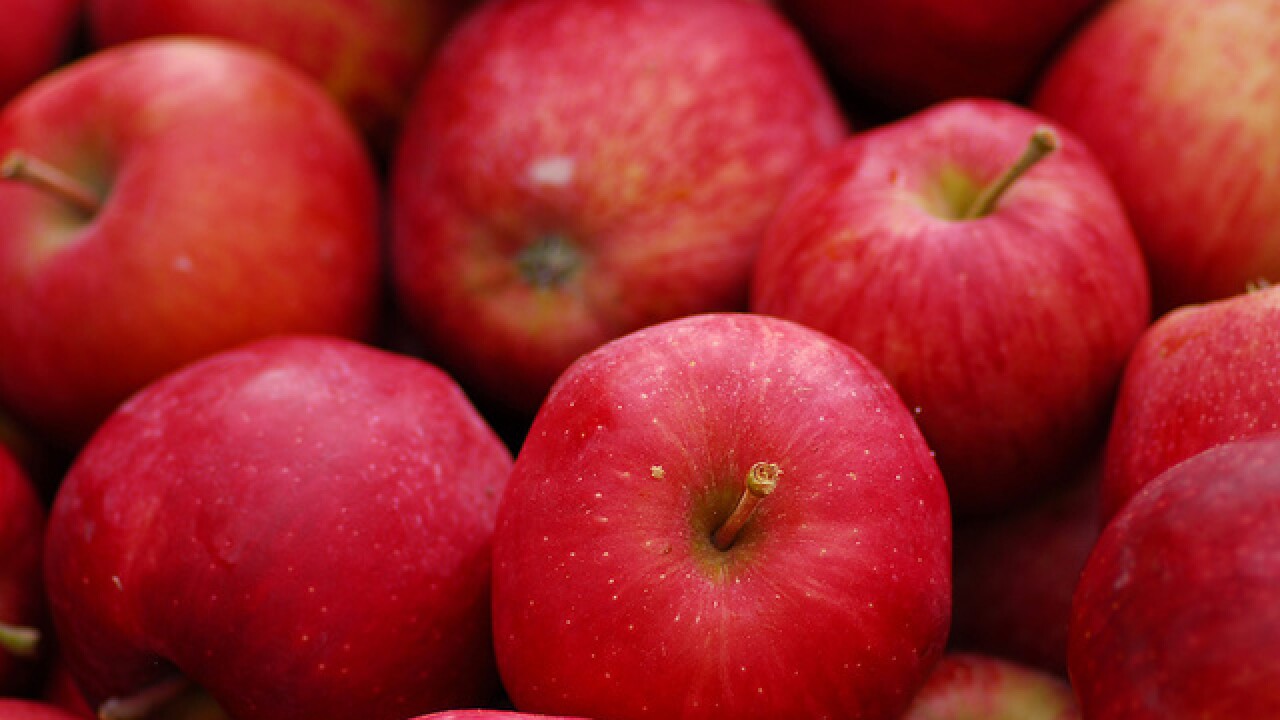 An apple and an honest mistake have saddled one Delta passenger with a $500 fine and a big bureaucratic headache.

Crystal Tadlock got off a plane last week in Minneapolis after an 8½-hour flight from Paris. She was supposed to catch a connecting flight home to Denver, so she decided to save an apple she had been given as part of the in-flight meal service.

"I put it in my bag, not thinking anything of it," Tadlock told CNN.

But before her next flight she had to go through customs, where she was stopped by a Customs and Border Protection Agent.

Anyone who's ever traveled internationally may know what came next.

Apples, and most forms of fresh produce, are typically a customs violation and need to be declared on a passenger's customs form.

"Well, what do we have here?" Tadlock said the agent told her. "Well, we have an apple. This is a civil violation."

Tadlock tried to explain that the apple was clearly from Delta because it was in a Delta-branded clear bag, along with some silverware from the flight. She said the agent wasn't convinced, and told her there was no way to know whether the apple had come from somewhere else in France instead.

"Then he asks me if my flight to France was expensive," Tadlock said. "And proceeds to say, 'It's about to get a whole lot more expensive.'"

Tadlock offered to throw the apple away but said she was taken to a back room at the airport and served penalty papers that stated she had 20 days to pay the fine.

When she contacted Delta about the incident, they responded by tweeting the agricultural rules and regulations, which state that many food products are prohibited entry into the US because may carry plant pests and foreign animal diseases.

The rules are fairly clear. But there were a few circumstances that Tadlock said complicated her situation.

First of all, Tadlock said she has Global Entry and this was her first time flying with it. Global Entry is a Customs and Border Protection program that allows US citizens to go through an expedited process upon returning from an international trip.

According to information from the CBP, people with Global Entry are "required to answer the customs declaration questions presented on the [entry] kiosk," but "will not need to complete the paper customs declaration form (CBP 6059B) before arrival."

Also, Tadlock said she didn't think anything of the apple because it was supplied on the flight.

"Why give fruit?" she asked. "Just hand out granola bars or something that won't cause an issue."

Delta Air Lines says the rules and regulations regarding customs items are made very clear at airport entry points and forms.

"Delta recommends all passengers comply with U.S. Customs and Border Protection rules and regulations when entering the country," the airline told CNN in a statement.

A Delta representative also said the apple was "intended to be consumed on the plane."

Tadlock has filed a complaint with the CBP against the border patrol agent, because she said he was unnecessarily rude and seemed to take pleasure in her unfortunate situation. However, she's still on the hook for the $500 and also had her Global Entry status revoked.

"It took me six to seven months to get and cost me $160," Tadlock says. "And the funny thing is, the fine was $500 because I had Global Entry. If I didn't have it the fine would have been less."

While she's trying to get it all sorted out, Tadlock says she hopes at least some good will come of her situation.

"If all else fails and I have to pay, maybe it will help someone else in the future," she says. "Even if it's Delta putting a note in the bag about the apple."