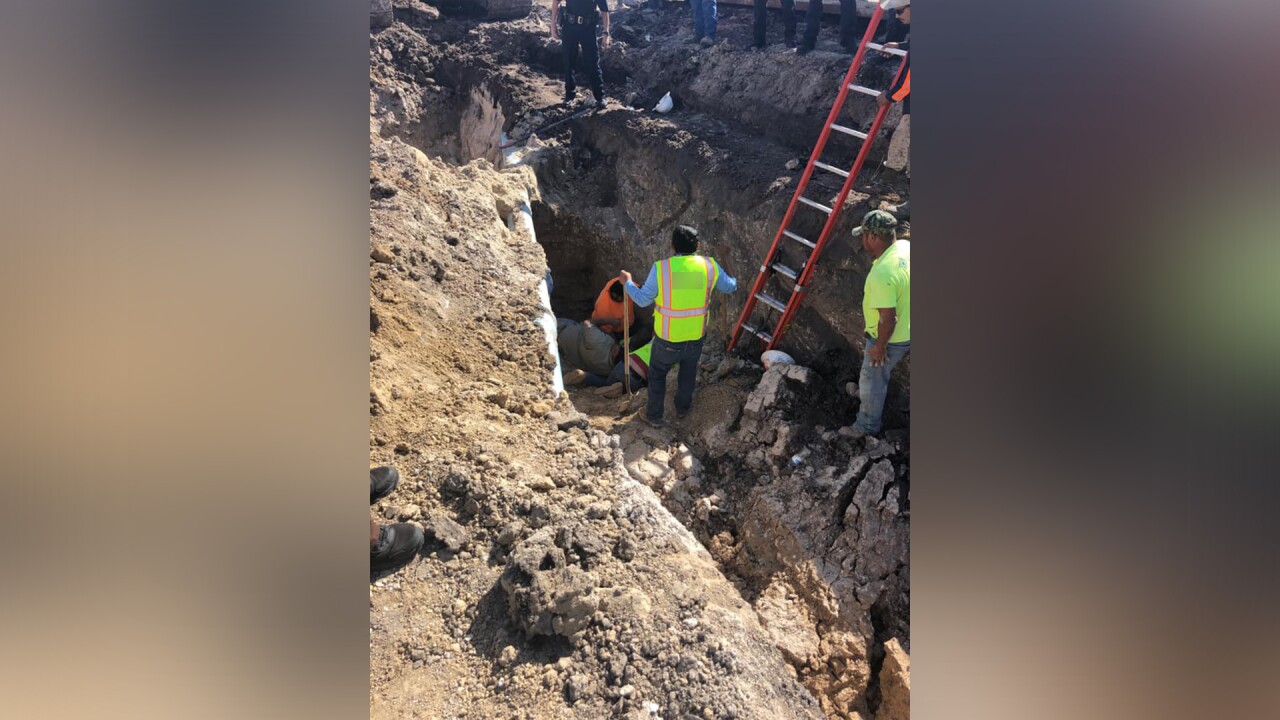 Three people were injured when a trench collapses in Gregory, Texas.

The incident happened just before noon Tuesday at a worksite near the Glades of Gregory apartment complex.

The Gregory police chief Tony Cano said construction workers were digging with a backhoe when a trench collapsed. The most seriously injured is a man in his 30’s.

Photo: Picture of a worksite where three men were buried alive.

Chief Cano says the man was in cardiac arrest and being given chest compressions as he was transported from the scene to the Northshore emergency center in Portland.

The other two men were not as seriously injured.

This article was written by Eddie Cruz for KRIS .