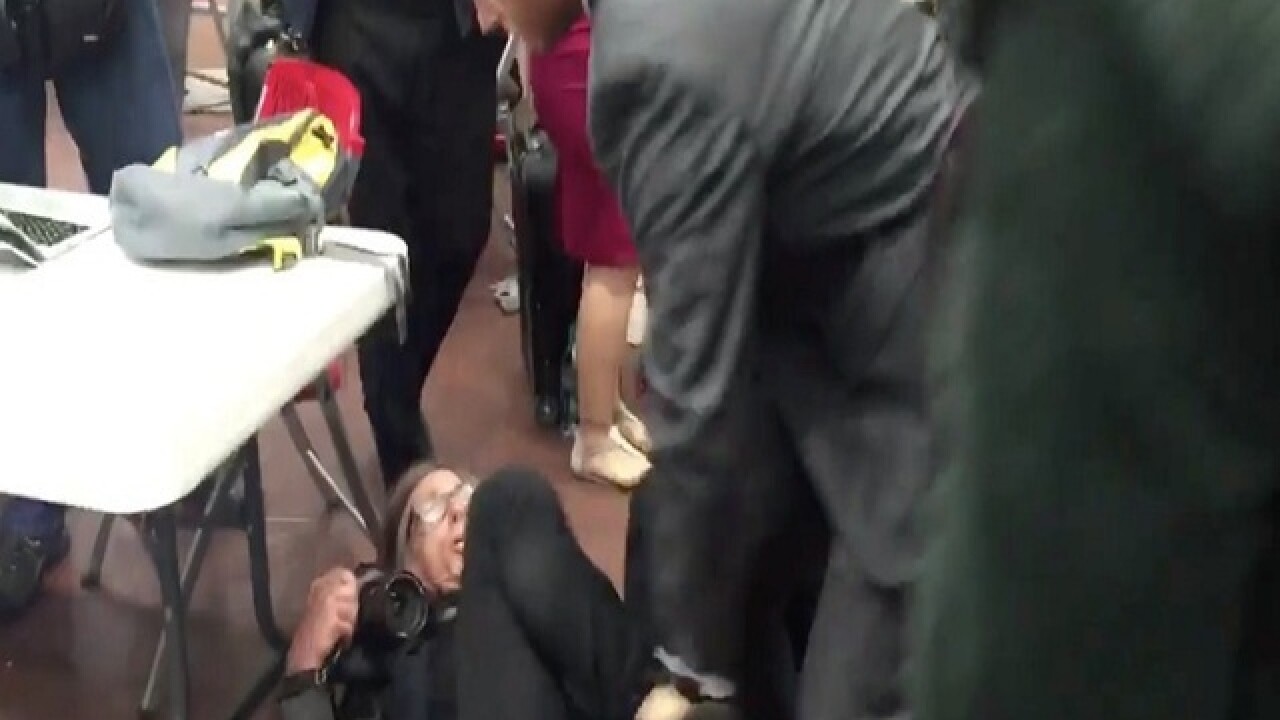 A photographer with Time magazine said Secret Service agents got rough with him on Monday as he covered a Donald Trump rally in Radford, Virginia.
In fact, Chris Morris said an agent choked him and slammed him to the ground as he tried to exit a media pen – an incident videotaped by an attendee of the event where a protest erupted.
"I stepped 18 inches out of the pen and he grabbed me by the neck and started choking me and then he slammed me to the ground,” he explained to CNN, clarifying, "I'm not pressing charges.”
Morris can be seen grabbing the agent’s neck – in an apparent attempt to demonstrate what happened -- before being escorted out (watch the video below).

This is how reporters are treated at Trump rallies pic.twitter.com/hMxuEoKVeG

Time Magazine subsequently published an article about the incident.
"We are relieved that Chris is feeling OK, and we expect him to be back at work soon," a Time spokesperson was quoted as saying.
Trump's campaign notes that it’s not aware of all the details surrounding the incident, according to the Associated Press.
Scripps Only Content 2016