Tony Awards, NHL, Silicon Valley among those who offer tributes to Orlando 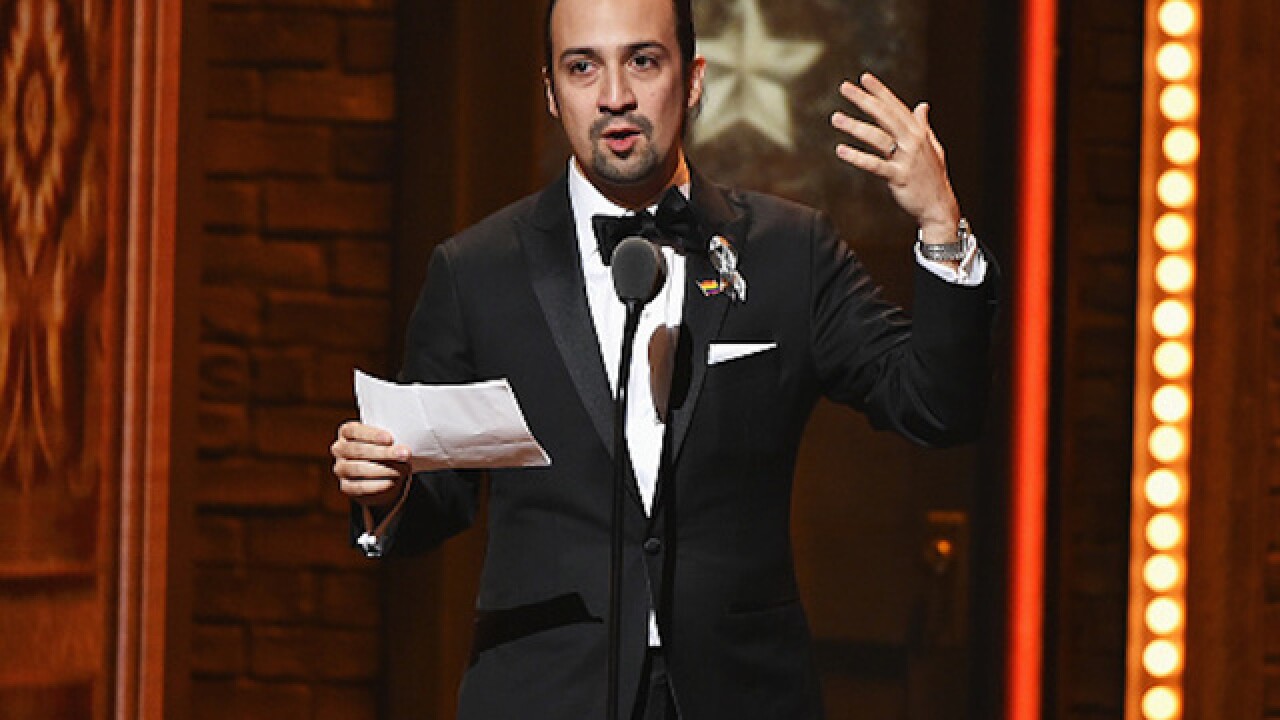 Theo Wargo
<p>NEW YORK, NY - JUNE 12: Songwriter Lin-Manuel Miranda accepts the award for Best Book of A Musical for his work in Hamilton onstage during the 70th Annual Tony Awards at The Beacon Theatre on June 12, 2016 in New York City. (Photo by Theo Wargo/Getty Images for Tony Awards Productions)</p>

As the nation attempted to come to grips with the deadliest mass shooting in its history on Sunday, displays of solidarity with the city of Orlando and the LGBT community were on full display.

Perhaps the most emotional tribute came from Lin-Manuel Miranda, composer and writer of Broadway’s smash-hit musical, Hamilton. After winning the Tony for best score on Sunday evening (one of 11 wins the musical would take home), Miranda fought back tears as he read an original sonnet.

Host James Corden also opened the show with a tribute to the Orlando shooting victims, telling his audience that “Hate will never win.” Frank Langella, who won best lead actor for his role in “The Father,” also used his speech to honor the shooting victims.

Hours before the Pittsburgh Penguins lifted the Stanley Cup four the fourth time, fans at San Jose’s rockous SAP Arena went silent as the NHL honored the victims in Orlando.

A moment of silence for the victims and their families of the Orlando tragedy. https://t.co/9fBmdI69YP

More than 55,000 fans packed Nashville’s Nissan Stadium for CMA Fest on Sunday evening, but all were silent for a moment after headliner Luke Bryan asked those in attendance to say a prayer to the victim’s families.

Tech giants Apple and Microsoft also paid tribute to the shooting victims on Monday. Prior to Apple’s WWDC developer conference on Monday, company CEO Tim Cook asked those in attendance to a moment of silence to honor the victims. Microsoft also honored the victims with a moment of silence prior to a conference call to announce its purchase of social media platform LinkedIn.