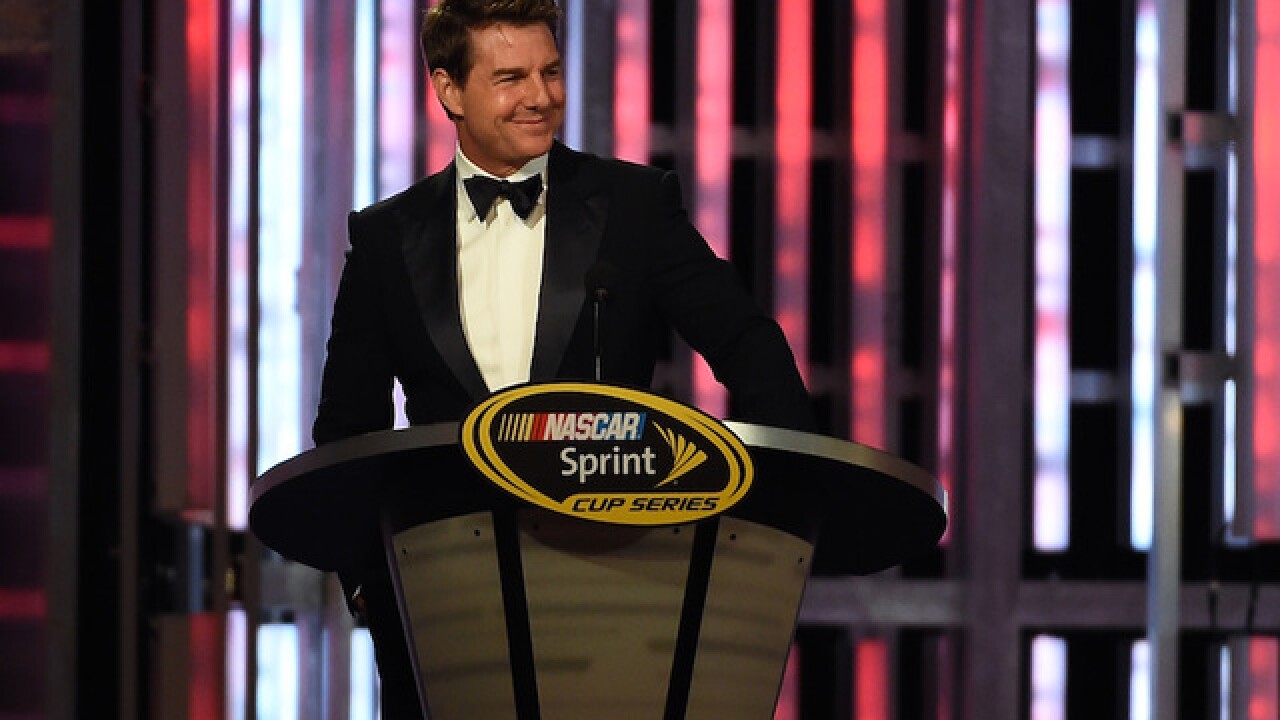 WASHINGTON (AP) — It's a bro-centric year for movies added to the prestigious National Film Registry.

Two of the most popular male-bonding movies of all time — "Top Gun" and "The Shawshank Redemption" — are being added to the collection of films preserved by the Library of Congress, the library announced Wednesday.

They'll be joined by an all-male quartet that's about to get an all-female reboot — the gang from "Ghostbusters."

Each year, the library picks 25 movies to preserve for their cultural, historic or artistic importance. The list is always eclectic and, as usual, includes titles that are older, experimental or otherwise obscure.

And then there are the crowd-pleasers. "The Shawshank Redemption" is a mainstay atop the Internet Movie Database poll of the top 250 movies of all time.

Its exalted ranking — "The Godfather" places second — is somewhat curious. "Shawshank," a deliberately paced, well-crafted prison drama about the friendship between a wrongly convicted man (Tim Robbins) and a savvy fellow inmate (Morgan Freeman), was considered a box-office disappointment upon its 1994 release. It was the first feature for director Frank Darabont, who adapted the screenplay from a novella by Stephen King. Nominated for seven Oscars, it won zero.

But its popularity increased thanks to home video and countless airings on cable television, where viewers came to appreciate the elaborate plot, poignant score by Thomas Newman and Freeman's soothing voice-over narration.

The almost comically macho "Top Gun" (1986) was an instant blockbuster and remains a cultural 1980s touchstone. Applications to naval flight schools soared post-release, and it elevated Tom Cruise to a new level of stardom. Its visual style, from action maestro Tony Scott, helped influence a generation of directors.

"Making 'Ghostbusters' was one of the great joys of my life," Reitman said in a statement. "It's an honor to know that a movie that begins with a ghost in a library now has a spot on the shelves of the Library of Congress."

A new version of "Ghostbusters," with a female spook-hunting crew led by Kristen Wiig and Melissa McCarthy, will be released in July.

The film registry, which began in 1989, now includes 675 titles. The library works to ensure that original 35mm negatives will be preserved, either by the library itself or another organization. The library maintains the negatives at its vast audio-visual conservation center built inside a Cold War-era bunker in Culpeper, Virginia.

The oldest film added this year dates to 1894. Known as the "Edison Kinetoscopic Record of a Sneeze" or simply "The Sneeze," the frames were captured by W.K.L. Dickson, who led Thomas Edison's inventor team. Still images were published by Harper's magazine, but it wasn't seen as a movie until 1953.

Another quirky artifact is "The Story of Menstruation," an educational filmstrip sponsored by tampon maker Kimberly-Clark and produced by the Walt Disney Co. Seen by approximately 93 million American women from its 1946 debut until the late 1960s, it was noted for its progressive, science-based approach.

With the advent of sound in motion pictures, Hollywood studios began shooting Spanish-language versions of some titles, and "Dracula" (1931) is one example. Shot at night by a different crew on the same sets used for the English-language "Dracula" starring Bela Lugosi, the Spanish version is considered by some to be superior.

Other titles selected for preservation include the ambitious Peter Sellers comedy "Being There" (1979); "Black and Tan" (1929), a short musical starring Duke Ellington; director Douglas Sirk's lush tearjerker "Imitation of Life" (1959); "The Mark of Zorro" (1920), a silent swashbuckler starring Douglas Fairbanks; "Portrait of Jason" (1967), a groundbreaking study of a gay hustler; and "Winchester '73" (1950), one of several Westerns directed by Anthony Mann and starring James Stewart.

The most recent registry addition is the critically lauded film noir "L.A. Confidential" (1997), bridesmaid to "Titanic" at that year's Oscars. The library has yet to select "Titanic" for preservation.