US General in Iraq warns Mosul Dam could burst 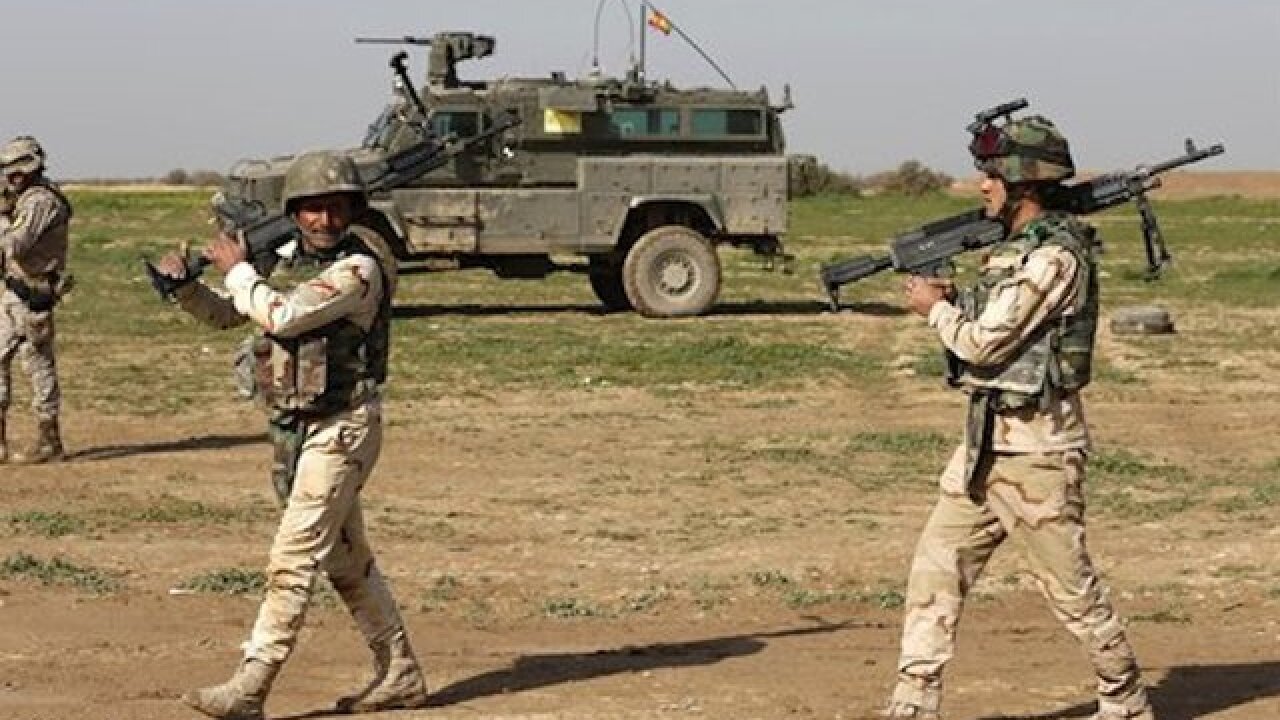 Copyright Associated Press
Karim Kadim
<p>In this Sunday, Jan. 24, 2016 file photo, Armed forces use live ammunition in training exercises at Basmaya base, 40 kilometers southeast of Baghdad, Iraq. U.S. and Iraqi officials cast Ramadi as proof that coalition training efforts have paid off and the Iraqi military has improved since its catastrophic collapse in the summer of 2014. (AP Photo/Karim Kadim, File)</p>

BAGHDAD (AP) — The top U.S. general in Iraq warned Thursday of the potential collapse of Mosul Dam in the country's north, saying that such an event could prove "catastrophic."

The U.S.-led coalition is still determining the likelihood the hydroelectric dam could collapse but has developed a contingency plan alongside the Iraqi government, U.S. Army Lt. Gen. Sean MacFarland said Thursday.

Built in the early 1980s, the dam is made largely of earth and situated on soft mineral foundations, which are easily dissolved by water. A report by the U.S. Army Corps of Engineers in 2006 called Mosul Dam "the most dangerous dam in the world" because of its propensity to erode.

Since the Islamic State group extended its territory across Iraq in the summer of 2014 maintenance teams have at times struggled to gain access to the site. In July 2014 IS seized the dam, but Iraqi forces and Kurdish fighters took back the structure with coalition air support within weeks.

The U.S.-led coalition and Iraqi forces have drafted plans to move civilians to safety should the dam collapse, Lt. Gen. MacFarland said, warning that "when it goes, it's going to go fast and that's bad."

Speaking to The Associated Press by phone, Riyadh Izeddin, the director general of Mosul Dam, said he had not been informed by the U.S. about any such contingency plan.

"The Americans didn't tell us anything," he said before countering the U.S.-led coalition's claims that the structure is in serious danger.

The 2006 U.S. Army Corps of Engineers report said the dam's collapse would put the city of Mosul under 20 meters of water and kill up to half a million people.

"If this dam was in the United States we would have drained the lake behind it," Lt. Gen. MacFarland said.

Situated on the Tigris River, Mosul Dam is the fourth largest in the Middle East and one of the largest in Iraq. It once supplied electricity and water to much of the country, but is now only operating at partial capacity.