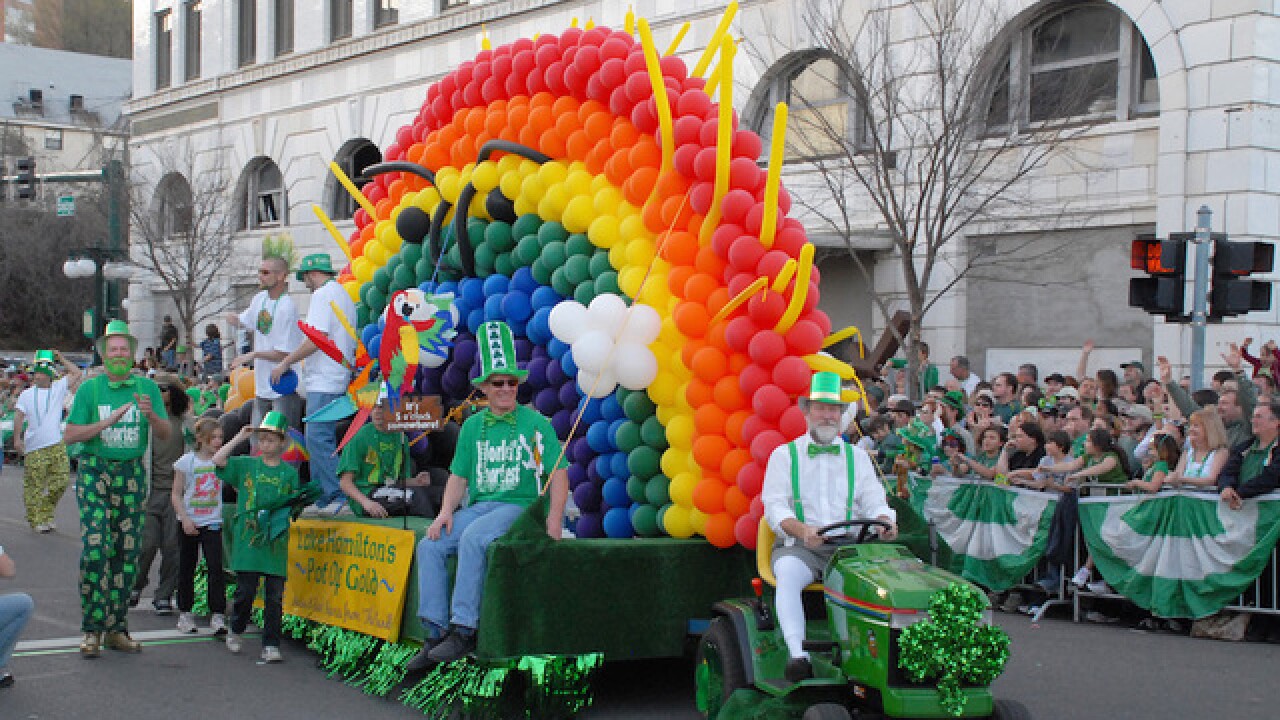 According to Steve Arrison, there isn’t much Irish heritage in Hot Springs, Arkansas. But that hasn’t stopped the town from putting on one of the country’s most unique St. Patrick’s Day celebrations for more than a decade.

Since 2003, the small tourist town in the Ozarks has hosted “The World’s Shortest St. Patrick’s Day Parade,” which has attracted thousands of green-clad party-goers every year. The parade route is just 98 feet long, spanning the length of Bridge St. in Hot Spring’s historic downtown district.

As with most good ideas, the birth of the “World’s Shortest Parade” came as the result of a few drinks with friends. During a late-winter get-together with some buddies at a local bar, the conversation turned to one of Arrison’s favorite holidays: St. Patrick’s Day.

“At that point, there was nothing done here (for St. Patrick’s Day). It was just another day of the year,” siad Arrison, CEO of the Hot Springs Convention and Visitor's Bureau. “I remembered on my desk I had an article from 'Ripley’s Believe It or Not!' from the ‘40s where they declared Bridge Street the shortest working street in America. It just so happened that the bar we were in was right next to Bridge Street. So we thought, ‘What if we made it the world’s shortest St. Patrick’s Day Parade?’”

It didn’t take long to put the idea into action. Less than a month later, the first Hot Springs St. Patrick’s Day parade was making the short trek down Bridge Street.

The event was an immediate success, with 30 floats and groups signing up to participate and between 3,000 and 5,000 spectators coming out to celebrate.

“It just sort of took off from there, and every year it’s gotten bigger and bigger. Now, who knows how many people are there? You can’t even count,” Arrison said.

This year, more than 30,000 people are expected to descend upon Hot Springs for the parade. While only so many people can view the official parade route on Bridge Street, spectators now line neighboring Central Avenue and Broadway Bridge to view the pre- and post-parade action.

The Parade has also attracted a number of celebrity hosts, like Mike Rowe of Dirty Jobs, Jim Belushi and George Wendt of Cheers. This year, Gary Busey will start the parade and will be joined by Grand Marshals Kevin and Michael Bacon.

Following Busey and the Bacons this year will be Dallas Cowboy cheerleader Lauren Oliver, the International Order of the Marching Irish Elvi (a set of 50 green-clad Elvis Impersonators) and the Texas Tortilla Queens.

Not every group that applies for the parade gets the green light, but Arrison says the vetting process is far from rigorous.

“Pretty rigorous? Well, it depends on how much the committee has had to drink,” he said.

No matter who participates, the parade always begins the same way: with a measure to confirm that the parade route is in fact the shortest in the world. Hot Springs has been challenged in the past, most notably by a bar in New York that held a 47-foot “parade” from one door to another.

Though it may have been shorter than the Hot Springs parade, Arrison still claims a victory.

“They were in an alley, it wasn’t a street. They were going from one side of the bar to another — that’s not a parade,” he said. “We will keep our title if we have to march in place. We welcome all challengers, but no one is going to beat us.”

It may not be an Irish hotbed like Boston or Chicago, but Hot Springs’ St. Patrick’s Day celebration continues to thrive.

“Is there a big Irish contingency? No, but everyone is Irish on St. Patrick’s Day,” Arrison said.