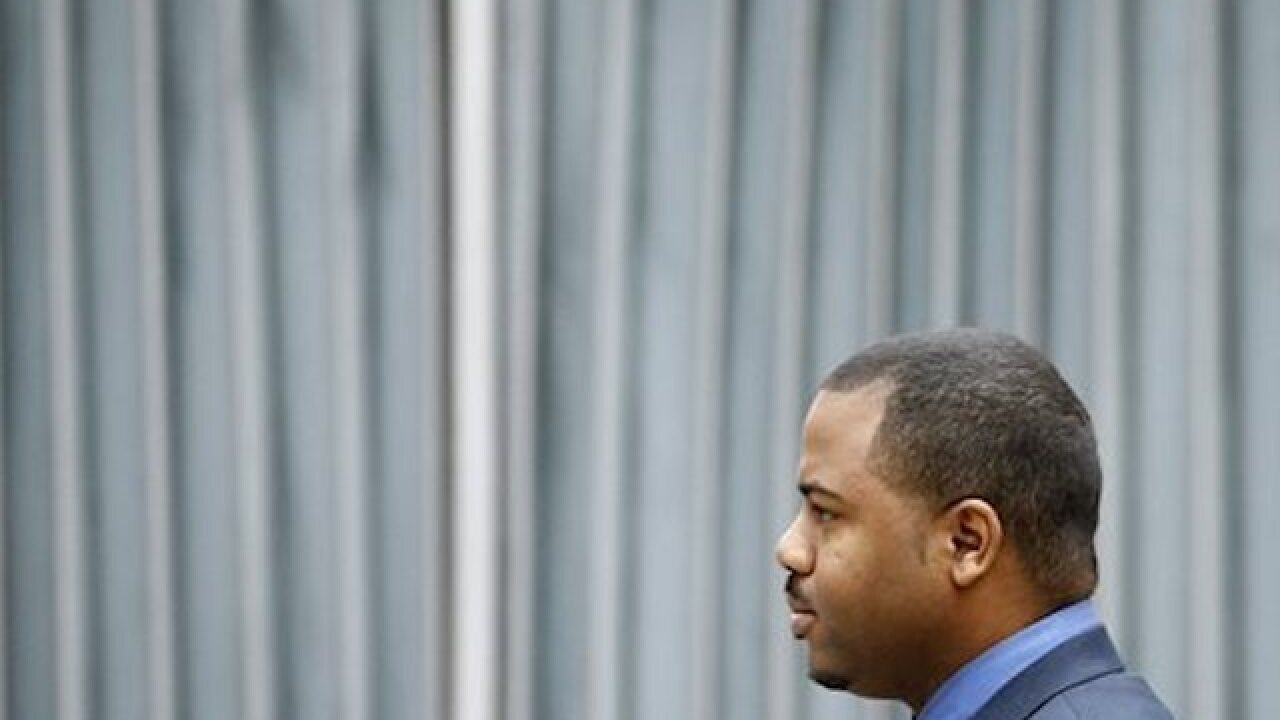 Copyright Associated Press
Patrick Semansky
<p>In this Nov. 30, 2015 file photo, William Porter, one of six Baltimore city police officers charged in connection to the death of Freddie Gray, walks to a courthouse for jury selection in his trial in Baltimore. In Porterís case, an officerís negligence, rather than violent acts or excessive force, is on trial. He is also charged with assault, reckless endangerment and misconduct in office. If convicted, Porter faces up to 25 years in prison. Legal experts say when itís inaction rather than action thatís in question, it could be a hard case to prove. (AP Photo/Patrick Semansky, File)</p>

BALTIMORE (AP) — A Maryland appeals court postponed the trial of a police van driver charged with second-degree murder in the death of Freddie Gray, saying it needed to address whether another Baltimore officer should be compelled to testify against Caesar Goodson.

Jury selection for Goodson's trial was supposed to start Monday. Prosecutors have indicated that testimony from Officer William Porter, whose trial ended in a hung jury last month, is crucial to their case against Goodson.

Baltimore Circuit Judge Barry Williams, who is overseeing the trial, earlier ruled that Porter must testify against Goodson despite Porter's claim that he has a right not to incriminate himself. The special appeals court put that ruling on hold until it could decide.

Gray died in April from a broken neck he suffered during a van ride. Goodson was with Freddie Gray for every second of his 45-minute trip from the site of his arrest to the Western District police station, where Gray arrived critically injured and unresponsive. Gray died a week later.

The trial was to offer the public its first chance to hear Goodson's side of the story. He has not spoken with investigators or made any public comments.

He faces the most serious charge of the six officers charged — second-degree murder, which carries a maximum sentence of 30 years in prison. To be convicted, prosecutors must prove that Goodson was so callous in his disregard for Gray's life that he deliberately allowed him to die.

After Porter's case ended in a mistrial, the stakes for Goodson's trial grew in a city still on edge from the rioting and unrest in April.

Porter's attorneys say if he is forced to testify and refuses, he risks going to jail for contempt. If he testifies, any inconsistent statements could lead to a perjury charge, they say.

Prosecutors say Porter has immunity at Goodson's trial and they can't use his statements against him later. But defense attorney Gary Proctor wrote in court documents: "The bell cannot be unrung."

Before Williams issued his ruling last week, he said he was in "uncharted territory." No such ruling has ever been made in the state of Maryland and could have tremendous implications for future cases with multiple defendants.

Gray's death in April exposed the deep divide between the public and the police in Baltimore, and became a national symbol of the Black Lives Matter movement.

Prosecutors say the officers should be held accountable for Gray's fatal injuries because they didn't buckle him into a seatbelt, nor did they call an ambulance when he indicated he needed medical attention. Goodson, they say, bears the most responsibility because as the wagon driver, Gray was technically in his custody.

Prosecutors have revealed little about the case they plan to present against Goodson, who is also black. But in a pretrial hearing last week they said they would call a witness who specializes in "retaliatory prisoner transport practices," indicating they intend to bring up the possibility that Gray received a "rough ride" in the van.

Defense attorneys and prosecutors can't comment on the case because they are under a gag order.