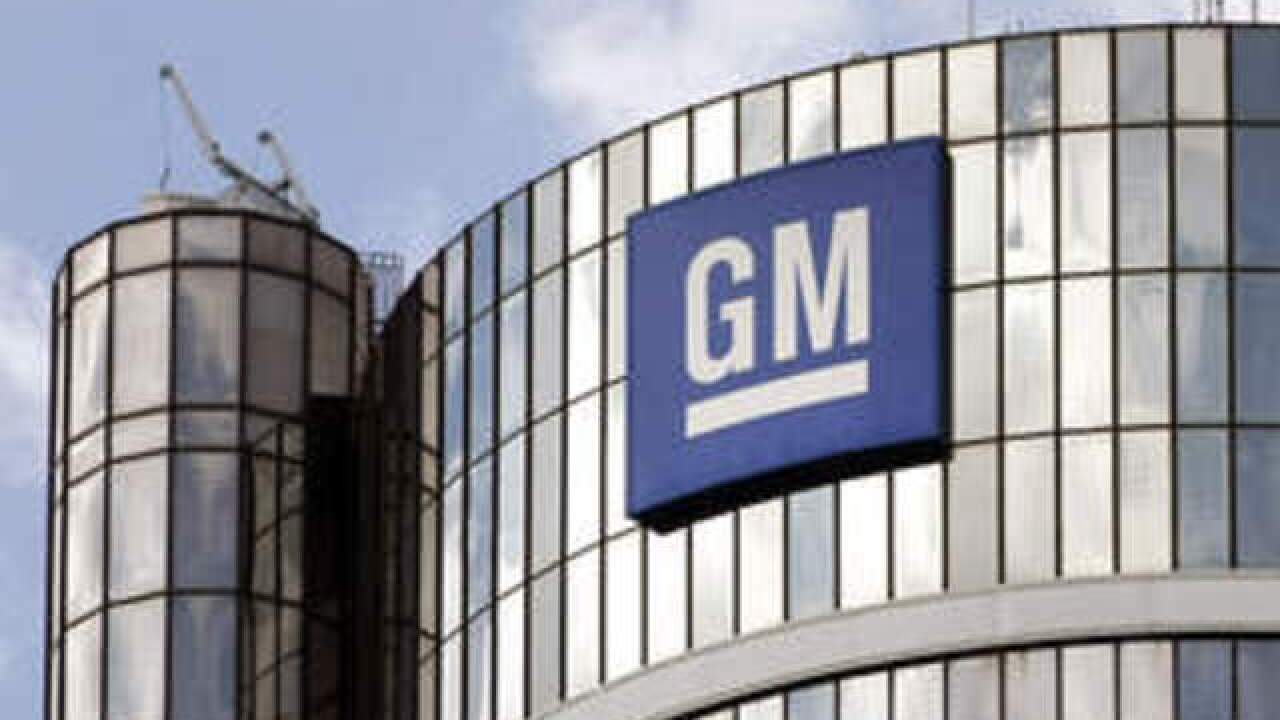 The case involves an Oklahoma man who blames a defective ignition switch for preventing his air bags from deploying during a crash. It's the first trial to result from hundreds of lawsuits filed against GM after the auto giant revealed in 2014 that faulty ignition switches in Chevy Cobalts and other small cars necessitated an unprecedented recall. The switches can slip out of the "on" position, causing the cars to stall, knocking out power steering and turning off air bags.

GM knew about the faulty switches for more than a decade but did not recall them until February 2014. The company paid nearly $600 million to settle 399 claims made to a fund it established. Those claims covered 124 deaths and 275 injuries, though GM's fund rejected more than 90 percent of the 4,343 claims it received, according to figures the company released in December.

In recent weeks, U.S. District Judge Jesse M. Furman, the presiding judge, has made rulings that may prevent the automaker from taking the easy road toward settling or forcing dismissal of scores of lawsuits.

The judge has refused the company's request to exclude evidence and arguments related to punitive damages, saying GM's delay in recalling admittedly defective vehicles was "arguably dangerous conduct as it involved a hidden defect that caused a risk of serious injury or death."

The judge also ruled that the "New GM," as it is repeatedly referred to in court papers, cannot dismiss the claims of Robert S. Scheuer — the plaintiff in the trial set to start Jan. 11 — merely because he failed to keep his 2003 Saturn Ion after his front air bags failed to deploy when he was forced off an Oklahoma highway by another car and smashed head-on into two trees in Bristow.

Scheuer, of Tulsa, was injured in the May 28, 2014, crash and retained lawyer Bob Hilliard, co-lead counsel for hundreds of federal cases consolidated in New York City.

"For years and years, GM — including to some of my clients — would say: 'Look, this accident is your fault. Take $75,000 even though your family is dead,'" he said in a telephone interview from his Texas office.

Hilliard said the litigants watching the case closely include "many traumatized folks who got pushed around by GM while the cover-up was active."

General Motors has told U.S. regulators in a recent quarterly report that it still faces 217 wrongful death and injury lawsuits in the U.S. and Canada, along with 122 lawsuits alleging that the recalls reduced values of owners' cars.

GM spokesman Jim Cain said the Scheuer trial, likely to last about a month, is the first of six bellwether trials that will occur over the next year. He said the outcome of the Scheuer trial would "help form the basis for settlement of similar claims."

"It's our belief that the air bags weren't designed to deploy in the accident that he had," Cain said.

In September, GM announced it had reached a $575 million deal with Hilliard to settle 1,385 death and injury cases and to resolve a 2014 class-action lawsuit filed by shareholders claiming GM's actions reduced the value of their stock.

The announcement came as the U.S. attorney's office in Manhattan revealed GM had settled a criminal investigation, agreeing to pay $900 million to the government to avoid prosecution on wire fraud charges.

The company has initiated companywide safety reforms and in 2014 issued a record 84 recalls covering more than 30 million vehicles, including 27 million in the U.S.