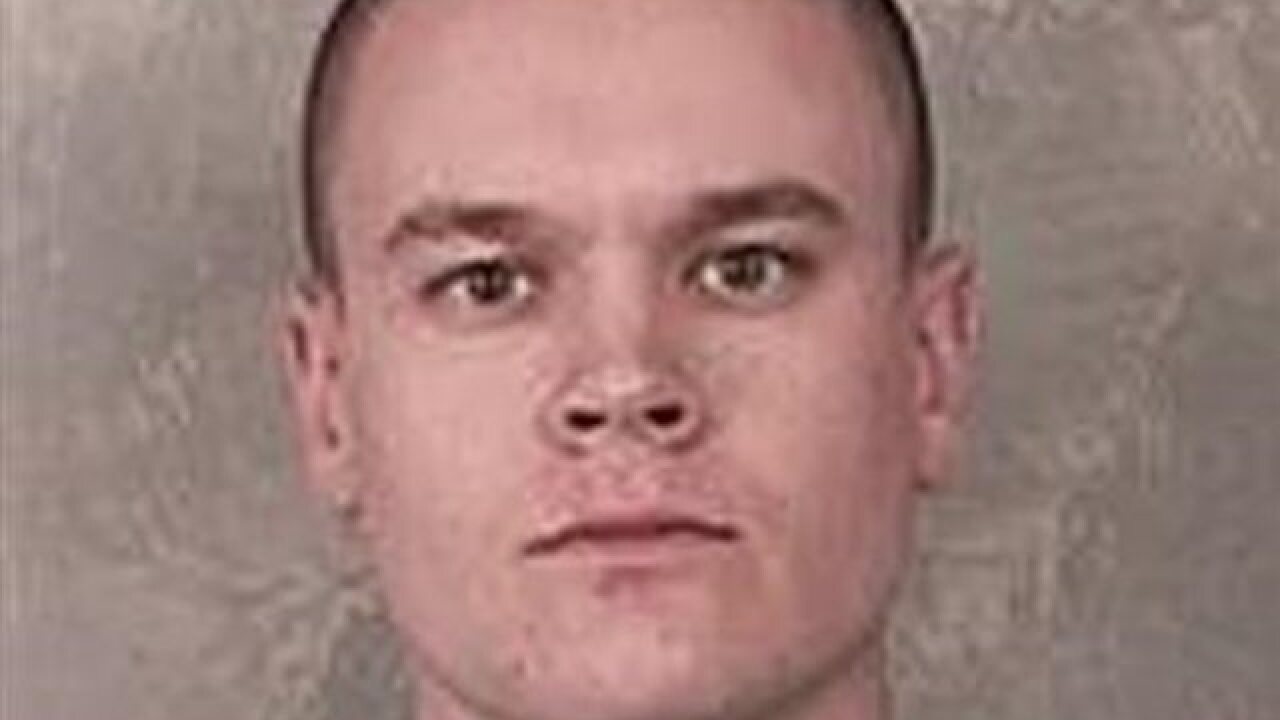 MARIETTA, Ga. (AP) — A Georgia trooper who was wounded in a gun battle after a high-speed chase on the interstate is improving following surgery, a state patrol spokesman said Thursday.

Trooper Jacob Fields was shot in the leg and stomach just below his vest. He could be in the hospital for a few days, Capt. Mark Perry said.

Fields was patrolling Interstate 75 in Cobb County about 3:30 p.m. Wednesday when he saw a black Chevrolet Silverado going 98 mph, authorities said. When he tried to pull it over, the pickup truck sped off.

Fields chased the pickup for about 10 miles with two other troopers and they tried a "box-in maneuver" to bring it to a slow stop, Perry said. Before they could complete that, the Silverado hit a civilian vehicle and came to a stop.

The pickup's driver, 26-year-old Israel Vladimir Rodriguez, got out of the truck with a handgun and began shooting at the troopers, authorities said. Fields and two other troopers returned fire.

Law enforcement agencies have various policies regarding how they may pursue vehicles, and under what circumstances.

Asked about the decision in this case, Perry told reporters Wednesday that "the criteria for a chase is at officer discretion."

"This gentleman is the one who chose to flee," Perry said of the suspect. "The trooper made the decision and this is something he will have to speak to at some point on why he chose to pursue at that point."

In Georgia, Perry said fellow troopers are taking turns staying by Fields' side at the hospital.

"But for the grace of God, it could have been any of those troopers who were there," Perry said.

The Georgia Bureau of Investigation is looking into the shooting and trying to figure out why Rodriguez fled in his pickup. The races of the trooper and Rodriguez have not been released.

Fields, a 26-year-old trooper who has been on the force for three years, is expected to make a full recovery. He's from Jasper, Georgia, a small town in the foothills of the north Georgia mountains, about 45 miles north of the shootout.

Perry said he didn't speak to Fields but overheard the trooper speaking to his family.

"He sounded very lucid, very awake, very alert, and he was very coherent and speaking, explaining what happened," Perry said.

All three troopers who exchanged fire with Rodriguez were placed on paid administrative leave during the investigation, standard procedure in such cases.

The southbound lanes were completely blocked off for several hours Wednesday with numerous police cars, fire trucks and an ambulance parked at the scene. Police diverted traffic off I-75 to clear the way for the investigation.

Many truck drivers pulled over and parked on the shoulder of the interstate during the traffic jam. Dozens of big rigs remained on the side of the highway before dawn Thursday, a sight reminiscent of the 2014 snow and ice storm that led to motorists to abandon their vehicles. Traffic was flowing freely around the semis early Thursday morning.

Perry said Cobb County police officers were able to reach the wounded lawman and the suspect moments after the gun battle.

"They were instrumental in rendering some medical attention to the trooper as well as the suspect," Perry said. "You can't say enough about what those Cobb officers did on the scene until EMS got there."