Trump reassures NRA: 'We will protect your Second Amendment' 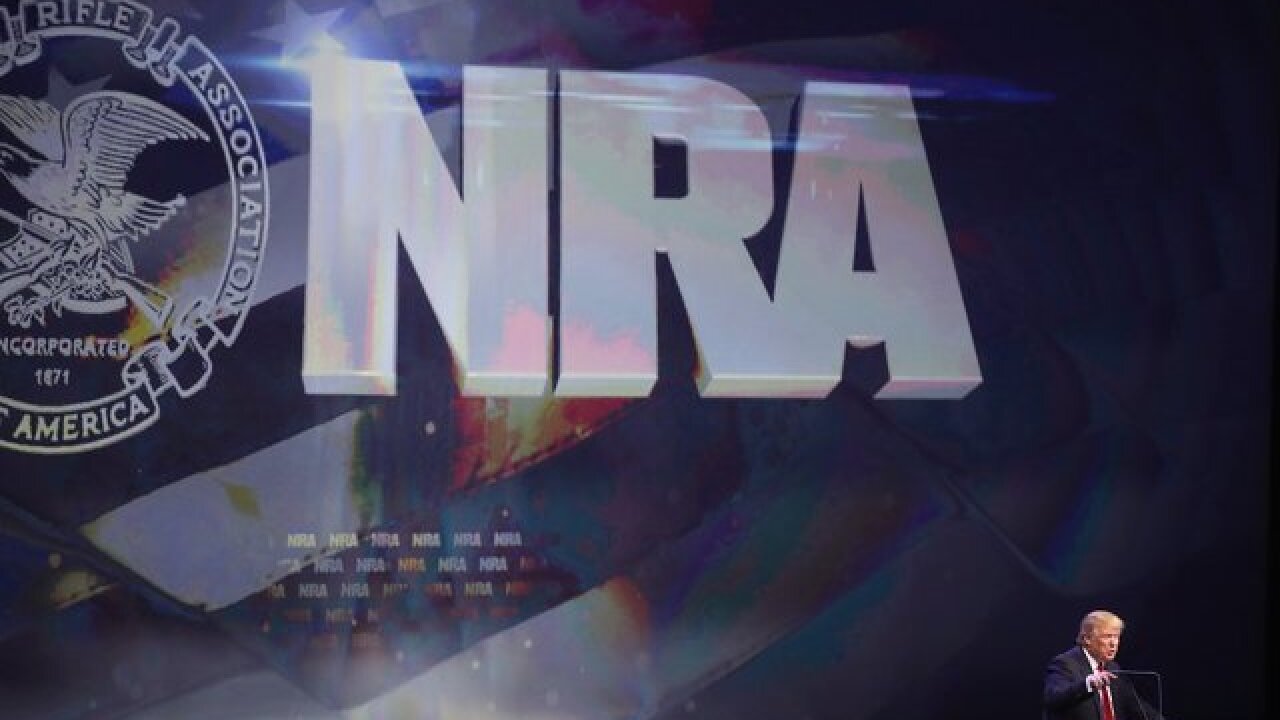 President Donald Trump sought to reassure National Rifle Association members at their 2018 annual meeting Friday that their Second Amendment rights are safe in the midst of a national conversation on gun law reform.

Trump also urged the crowd not to become "complacent" heading into the midterm elections as he sought to galvanize the base.

Still, Trump predicted that Republicans will do well in 2018, arguing "the Democrats are very concerned."

Trump lamented the ongoing special counsel investigation into Russian election meddling during his speech and referenced the case against Paul Manafort, while calling attention to a CNN article.

After drawing attention to a CNN report about a federal judge's comments on special counsel Robert Mueller's probe, Trump argued that the investigation is a "witch hunt" and praised his former campaign chairman as a "good person."

Trump quoted comments from a federal judge who suggested on Friday that the special counsel was aiming to hurt Trump by prosecuting Manafort.

"Let me tell you folks, we're all fighting battles, but I love fighting these battles," Trump said.

Trump also once again downplayed Manafort's time at the helm of his campaign, saying he's "a nice guy, but you know he worked for me for a very short period of time -- like what, a couple months?"

This is Trump's fourth consecutive address to the NRA's annual meeting, but his first remarks to the group since the tragic Parkland, Florida, high school shooting that left 17 dead and sparked a national student-led push for gun law reform.

"The world is watching and we're going to come up with a solution," Trump assured a group of people affected by the nation's deadliest school shootings during an emotional White House listening session one week after the attack.

In a separate meeting with lawmakers following the shooting, Trump vowed to get tough on guns, potentially expanding background checks, taking guns away from the mentally ill, and raising the minimum age for purchase.

The White House ultimately proposed providing some school personnel with "rigorous" firearms training and backed a bill to improve criminal background checks on gun buyers that has since passed, but backpedaled on the idea of increasing the minimum age to buy certain firearms -- a policy Trump had initially said he would support.

White House press secretary Sarah Sanders later said "the door isn't closed" for a White House push for raising the age of gun purchases, but added that Trump's focus is "pushing through things we know have broad support" in the Republican-controlled Congress.

Meanwhile, NRA CEO Wayne LaPierre doubled down on his efforts to block new gun restrictions in remarks to the Conservative Political Action Conference one week after the shooting, calling for increased school security but telling the conservative activists that voters should be "frightened" of future Democrat election victories, accusing Democrats of exploiting the deaths in an effort to destroy the Second Amendment.

The NRA spent more than $30 million to help elect Trump in the 2016 presidential election, according to the Center of Responsive Politics, and provided a boon of conservative bona fides at a time when Trump's candidacy was met with skepticism by many who doubted his conservative credentials.