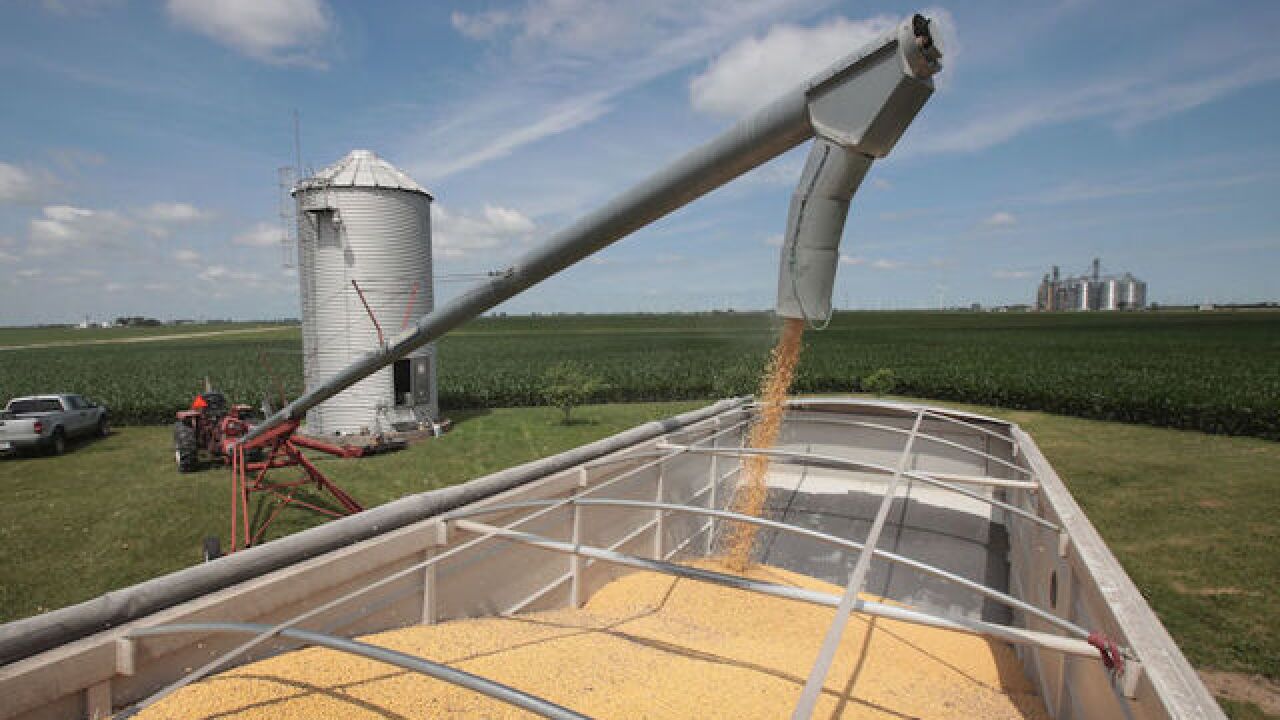 Image copyright 2018 Getty Images. All rights reserved. This material may not be published, broadcast, rewritten, or redistributed.
Scott Olson
<p>Farmer John Duffy loads soybeans from his grain bin onto a truck before taking them to a grain elevator on June 13, 2018 in Dwight, Illinois. U.S. soybean futures plunged today with renewed fears that China could hit U.S. soybeans with retaliatory tariffs if the Trump administration follows through with threatened tariffs on Chinese goods. </p>

The Trump administration will announce a plan on Tuesday to extend billions of dollars in aid to farmers negatively affected by tariffs resulting from President Donald Trump's widening trade feud with other countries.

The administration is expected to roll out the plan Tuesday afternoon, a source familiar with the matter confirmed to CNN, offering much-needed support to farmers caught up in the burgeoning trade war.

US agriculture exports have been a prime target of China and other countries that have retaliated against the series of tariffs Trump has imposed in recent months. Politico first reported news of the aid plan.

After Trump announced plans to impose $50 billion in tariffs on Chinese imports, Beijing retaliated with plans to impose tariffs on a range of agricultural products from the US including soybeans, grains, meats and dairy products.

Canada, Mexico and the European Union also struck back at Trump's leveling of US steel and aluminum tariffs by hitting US exports of agriculture products and other heavily exported US goods.

Trump had previously directed Agriculture Secretary Sonny Perdue to explore options to mitigate financial losses US farmers are suffering as trade tensions between the US and other countries heat up.

The administration has so far downplayed the impact of Trump's ratcheting up of trade tensions on US producers by emphasizing the long-term benefits of his efforts to even out US trade relationships. The rollout of billions of dollars in aid on Tuesday will be the first action Trump has taken to protect farmers from the whiplash they have had to face in recent months.

Perdue, for one, has called the impact on farmers a "temporary situation," but had signaled that the administration would consider efforts to mitigate farmers' financial losses.