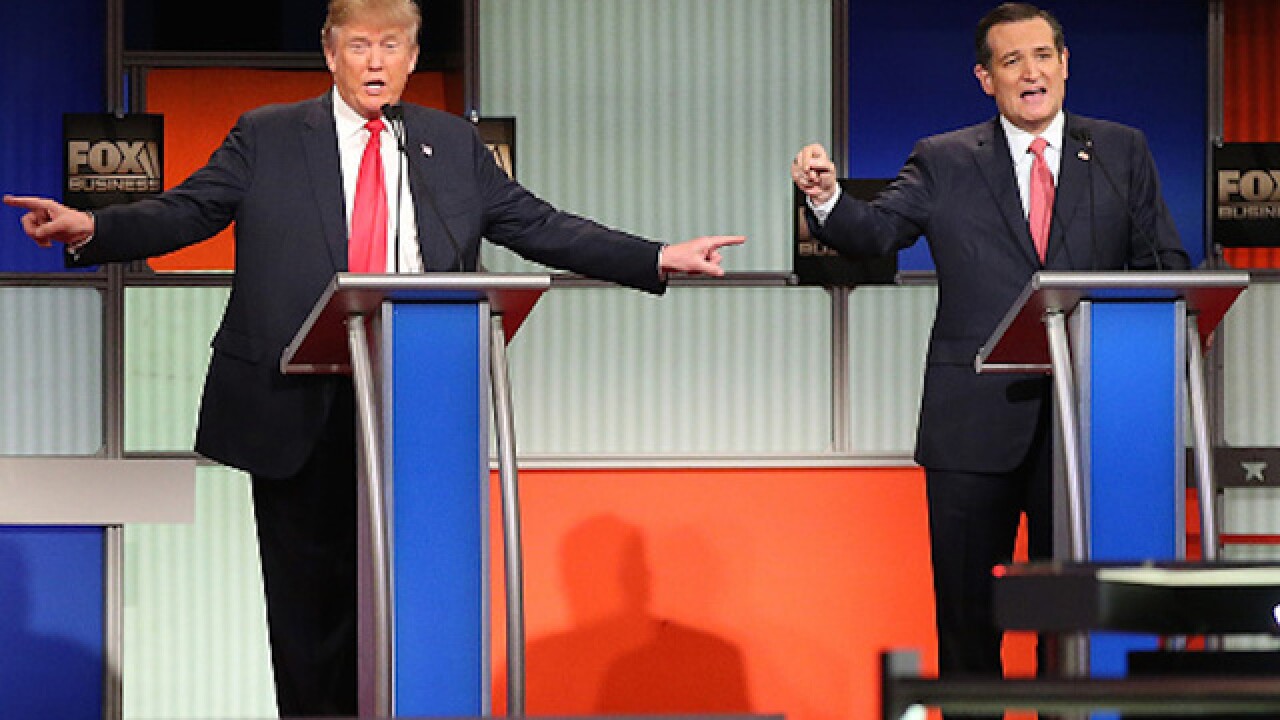 While only a first step, Iowa's decision will play prominently in shaping the Republican election. As Trump and Cruz eye first place, Florida Sen. Marco Rubio is working to emerge as the clear favorite in his party's mainstream wing, which fears both Cruz and Trump would be a disaster in a general election matchup against the Democratic nominee.

The results in Iowa may also narrow what has been an unusually crowded Republican field with a number of candidates struggling to achieve the turnout needed to continue.

"I can't tell you what's going to happen because it's an election, and the only poll that matters is the poll that's going to start in a little while," the billionaire businessman said, adding, "The day has finally arrived where we begin this really incredible process."

Trump drew smaller crowds than usual on Monday as he tried to rally support hours before the caucuses began. There were dozens of empty chairs at his first event on a foggy morning in Waterloo, Iowa. He predicted victory at a subsequent appearance with Alaska Gov. Sarah Palin at his side.

Seeking to tamp down expectations, Cruz said the day before that he's just pleased to be in the mix for first place.

"If you had told me a year ago that two days out from the Iowa caucuses we would be neck and neck, effectively tied for first place in the state of Iowa, I would have been thrilled," said the Texas senator.

Cruz's campaign has spent the closing days of the Iowa contest attacking Rubio to help ensure the Florida senator doesn't inch into second place. Rubio is viewed by many Republicans as a more mainstream alternative to Trump and Cruz, though he'll need to stay competitive in Iowa in order to maintain his viability.

Rubio in recent days lashed back at the many attacks aimed in his direction, but adopted the same reflective tone as many of his rivals in the campaign's final hours, telling NBC that Cruz "has a very strong ground game." He dismissed the attacks against him as "politics as usual."

Monday's contest will offer the first hard evidence of whether Trump can turn the legion of fans drawn to his plainspoken populism into voters. The scope of the billionaire's organization in Iowa is a mystery, though Trump himself has intensified his campaign schedule during the final sprint, including a pair of rallies Monday.

Cruz has modeled his campaign after past Iowa winners, visiting all of the state's 99 counties and courting influential evangelical and conservative leaders. With the state seemingly tailor-made for his brand of uncompromising conservatism and Christian conservative appeal, a loss to Trump will likely be viewed as a failure to meet expectations.

That's in part because Iowa Republicans aren't necessarily representative of the country as a whole, given the state's overwhelmingly white population and religious conservative leanings.

Yet some Republican leaders worry that if Trump or Cruz pull off a big victory in Iowa, it would be difficult to slow their momentum.

Conservative commentator Glenn Beck, a Cruz supporter, warned last week that a Trump victory would trigger "a snowball to hell."