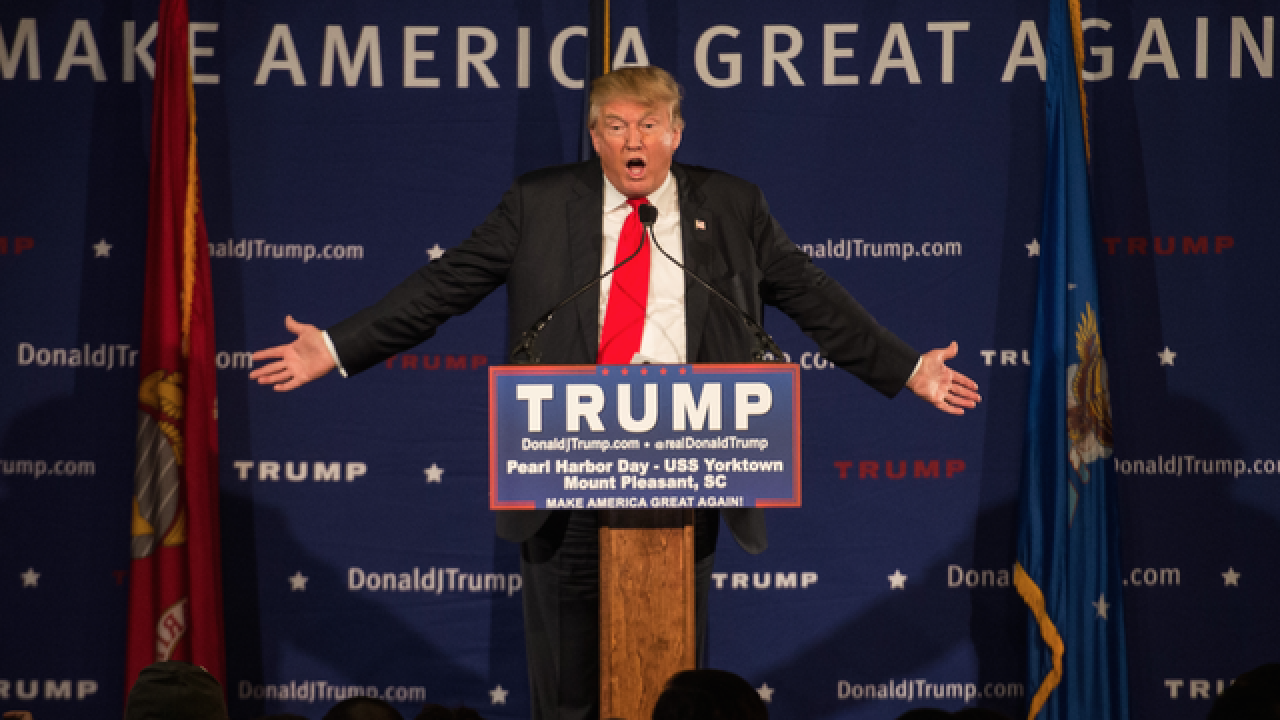 WASHINGTON (AP) — Donald Trump won't be dissuaded from saying what he thinks simply because Islamic extremists use his words to recruit Muslims to their cause.

The Republican presidential contender brushed off the appearance of an African militant group's video to recruit Americans that shows him calling for Muslims to be banned from coming to the U.S. On Sunday news shows, Trump said it's no surprise America's enemies would exploit comments of a presidential front-runner like himself.

"The world is talking about what I've said," Trump told CBS' "Face the Nation" in an interview taped Friday. "And now, big parts of the world are saying, Trump is really right, at least identifying what's going on. And we have to solve it. But you're not going to solve the problem unless you identify it."

The 51-minute video is by al-Shabab, al-Qaida's East Africa affiliate, and showed up Friday on Twitter.

Hillary Clinton claimed in the last Democratic presidential debate that another extremist group, the Islamic State, has been using video of Trump in its propaganda. But she had no evidence that that group, also known as ISIS, had done so. Trump told "Fox & Friends" the emergence since then of the al-Shabab video doesn't change the fact she was wrong: "It wasn't ISIS and it wasn't made at the time, and she lied."

Trump told CBS that Democrats don't want to talk about Islamic radicalism, but he won't shy away from it for the sake of depriving extremists of fodder for their recruitment. "What am I going to do?" he asked. "I have to say what I have to say. And you know what I have to say? There's a problem. We have to find out what is the problem. And we have to solve that problem."

The video, broadly seeking the support of blacks and Muslims in the U.S.., contains a clip of Trump proposing the "total and complete shutdown of Muslims entering the United States," an idea rebuffed by his rivals in both parties. Al-Shabab is fighting the internationally backed Somali government and has carried out many guerrilla attacks there and in countries contributing troops to the effort to stabilize security.

Asked on CNN's "State of the Union" about the video, GOP presidential contender Carly Fiorina criticized its content and misidentified the source of the propaganda as the Islamic State group. "I find it pretty rich that this ISIS propaganda tape talks about the cruelty of the West," she said, given that group's brutality.