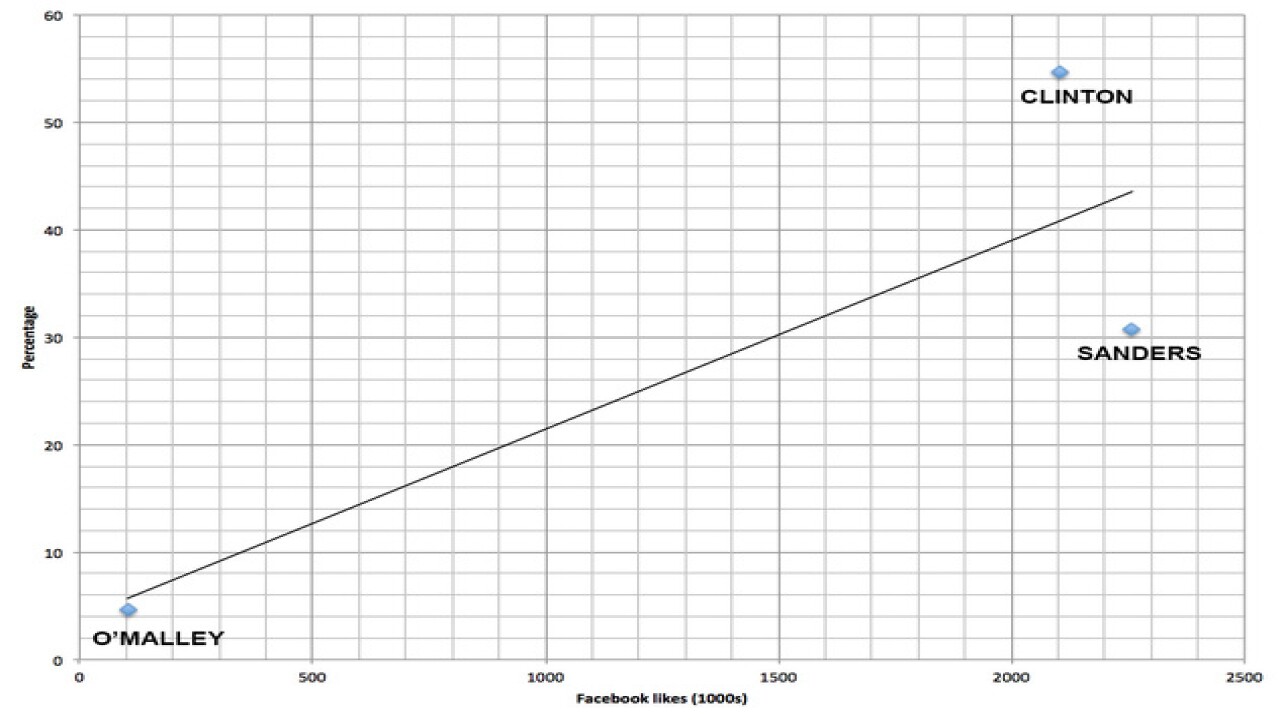 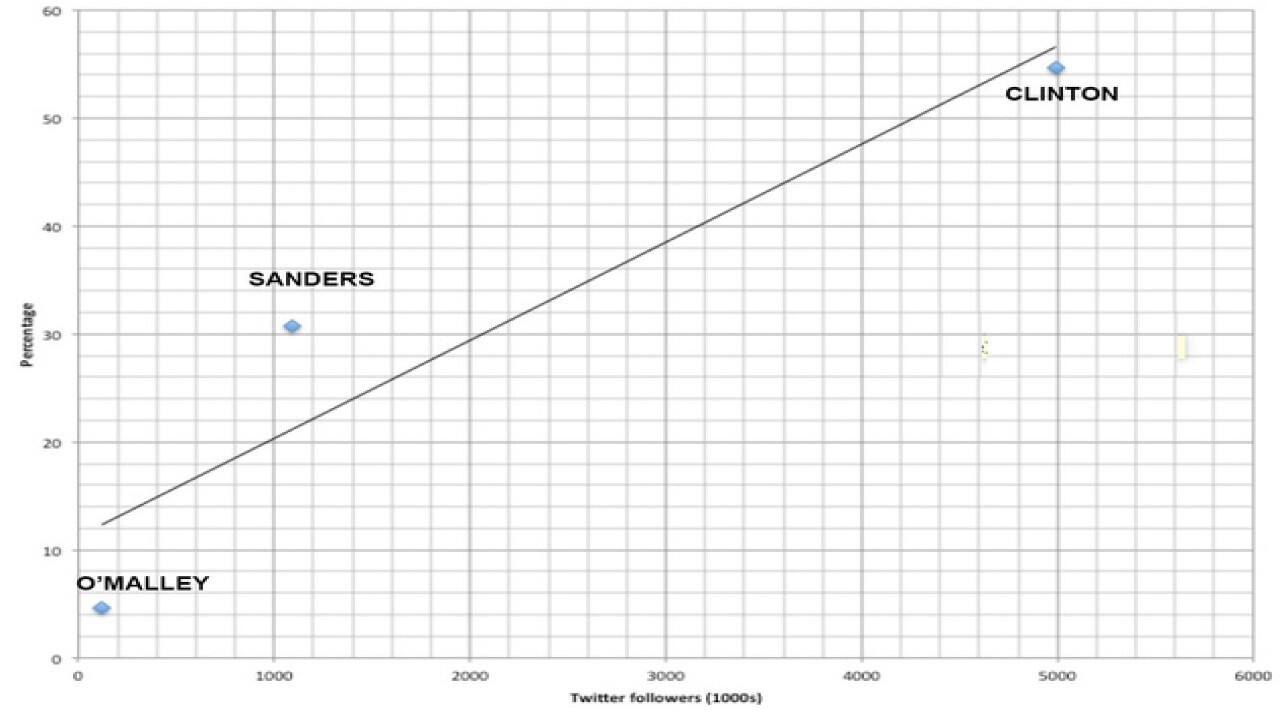 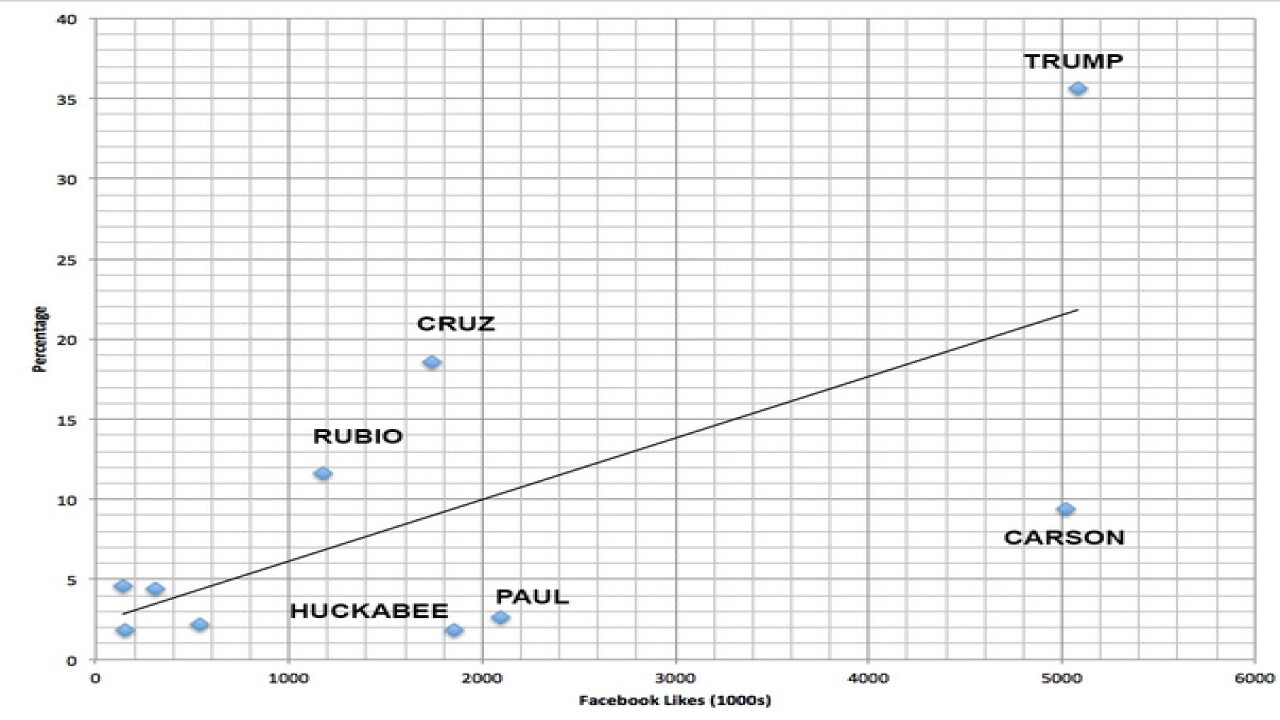 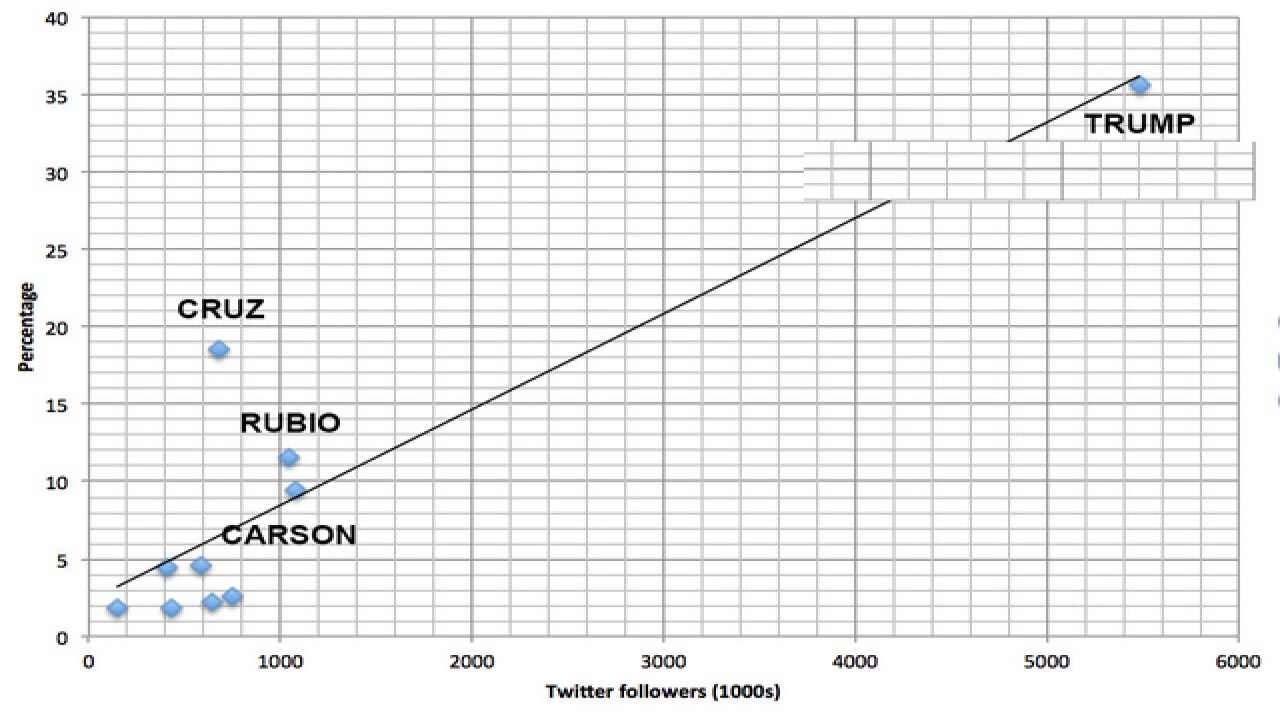 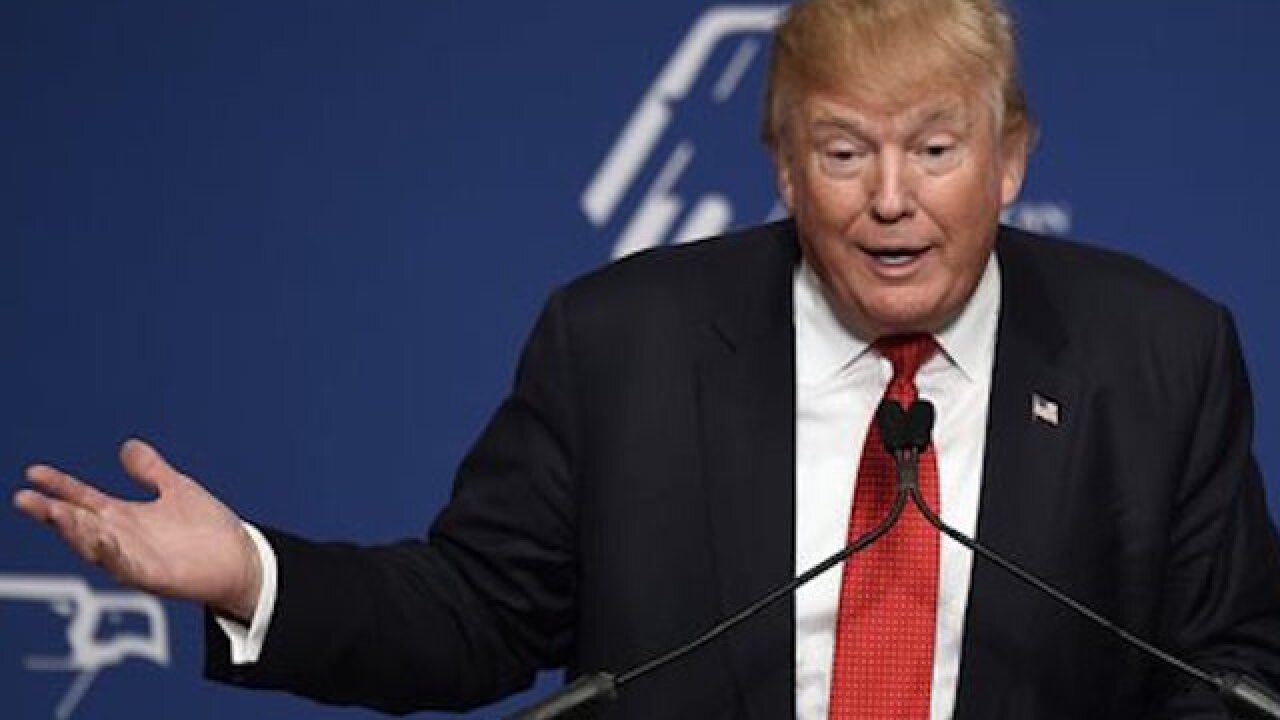 As the first party primaries and caucuses for the 2016 presidential election is five weeks away, Republican front-runner Donald Trump has a commanding lead in his social media following over all other candidates.

Trump’s following on Twitter is nearly that of all the other GOP candidates combined. Trump has 5.5 million followers, over 4 million more followers than Ben Carson.

While Trump dominates Twitter with his constant bashing of President Barack Obama, Democratic front-runner Hillary Clinton and other GOP candidates, his following on Facebook is a bit more tepid.

While Obama used social media to help him defeat Mitt Romney in 2012, it is unclear how important it is to have a strong social media presence.

Based on national polling in the month of December, some candidates have shown that a strong social media following does not equal support.

For instance, Bernie Sanders, Clinton’s top rival in the Democratic field, trails the former secretary of state by an average of 24 points, but has 100,000 more Facebook likes than Clinton.

While Carson’s presence on Facebook is nearly equal to Trump’s, he has one-fourth of the support Trump has in recent polls. Rand Paul has the third best Facebook following out of all GOP candidates, but only has 2.6 percent of the support.

Meanwhile, Ted Cruz has a slim Twitter following with just 683,000 followers, but is only one of three candidates in double digits in recent polls. He trails Trump by a 35-18 margin, according to an average of polls compiled by Real Clear Politics.