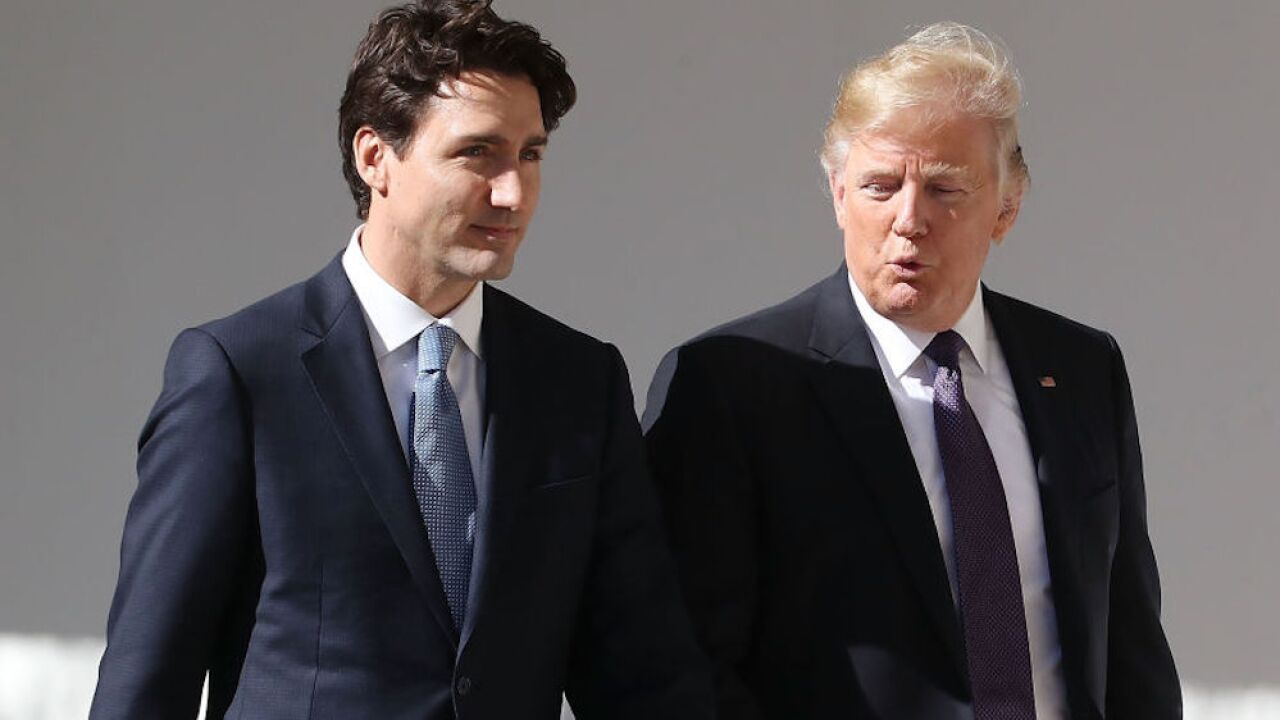 US President Donald Trump called Justin Trudeau "two-faced" Wednesday after Canada's Prime Minister was caught on camera appearing to joke about Trump with other world leaders at a Buckingham Palace event the night before.

The 25-second clip, which has gone viral and was first reported by CBC , begins with Johnson asking Macron why he was late.

"Is that why you were late?" Johnson asked.

Macron nodded, as Trudeau replied, "He was late because he takes a ... 40-minute press conference at the top."

.@JustinTrudeau, @EmmanuelMacron, @BorisJohnson and other VIPs shared a few words at a Buckingham Palace reception Tuesday. No one mentions @realDonaldTrump by name, but they seem to be discussing his lengthy impromptu press conferences from earlier in the day. (Video: Host Pool) pic.twitter.com/dVgj48rpOP

At no time in the video do the leaders mention Trump by name, but Trudeau's comment appeared to reference Trump's lengthy remarks to the press during their earlier meeting on Tuesday.

None of them seemed to be aware that the conversation was being recorded, although they were talking openly and loudly enough to be heard by others.

"You just watched his team's jaws drop to the floor," Trudeau also appears to say at one point, though it's not clear which team he was referring to.

Microphones could only pick up snippets of the conversation at the reception, which the press was given limited access to.

A spokeswoman for Macron at the Elysée Palace told CNN they had "no comment. This video does not say anything special." A spokesman for Trudeau told CNN they also had no comment to make, and a spokesperson for Rutte also told CNN they do not comment on closed-door sessions.

Trump spent Tuesday in meetings in London headlined by a clash with a key ally, France. He met with NATO Secretary General Jens Stoltenberg, Macron and Trudeau, making extended remarks and taking questions from the press on each occasion.

Trump's one-on-one meeting with Macron was remarkably tense as the French President refused to back down from remarks that Trump called "nasty" and "insulting." Last month, Macron had described NATO as suffering from "brain death" caused by American indifference to the long-time alliance.

But the two leaders appeared to be on good terms as they walked onto the road leading to 10 Downing Street together for another reception following the gathering at the palace. It appeared that Trump had given Macron a lift in his motorcade vehicle commonly referred to as "the beast."