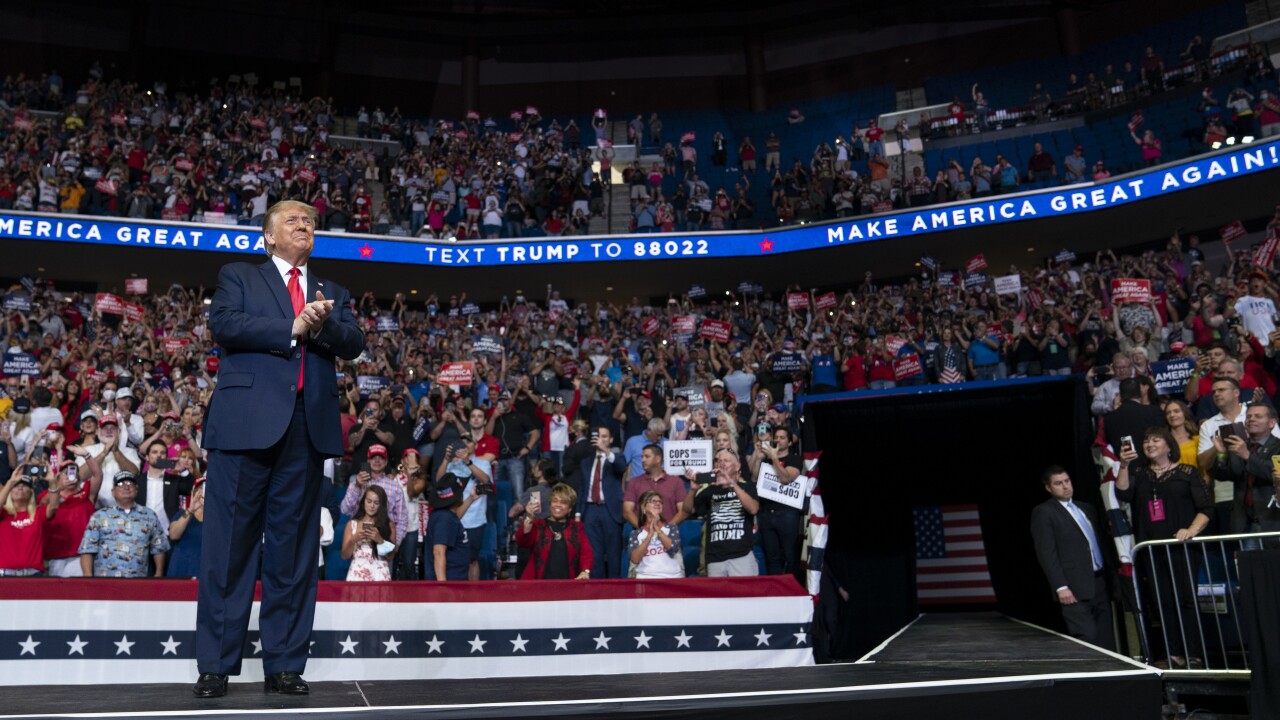 TULSA, Okla. (AP) — President Donald Trump has used his comeback rally to define the upcoming election as a stark choice between national heritage and left-wing radicalism.

But his intended show of political force amid a pandemic featured thousands of empty seats and new coronavirus cases on his own campaign staff.

Trump ignored health warnings to go through with his first rally in 110 days in Tulsa, Oklahoma.

Trump told his supporters the choice in 2020 "is very simple: Do you want to bow before the left-wing mob, or do you want to stand up tall and proud as Americans?”