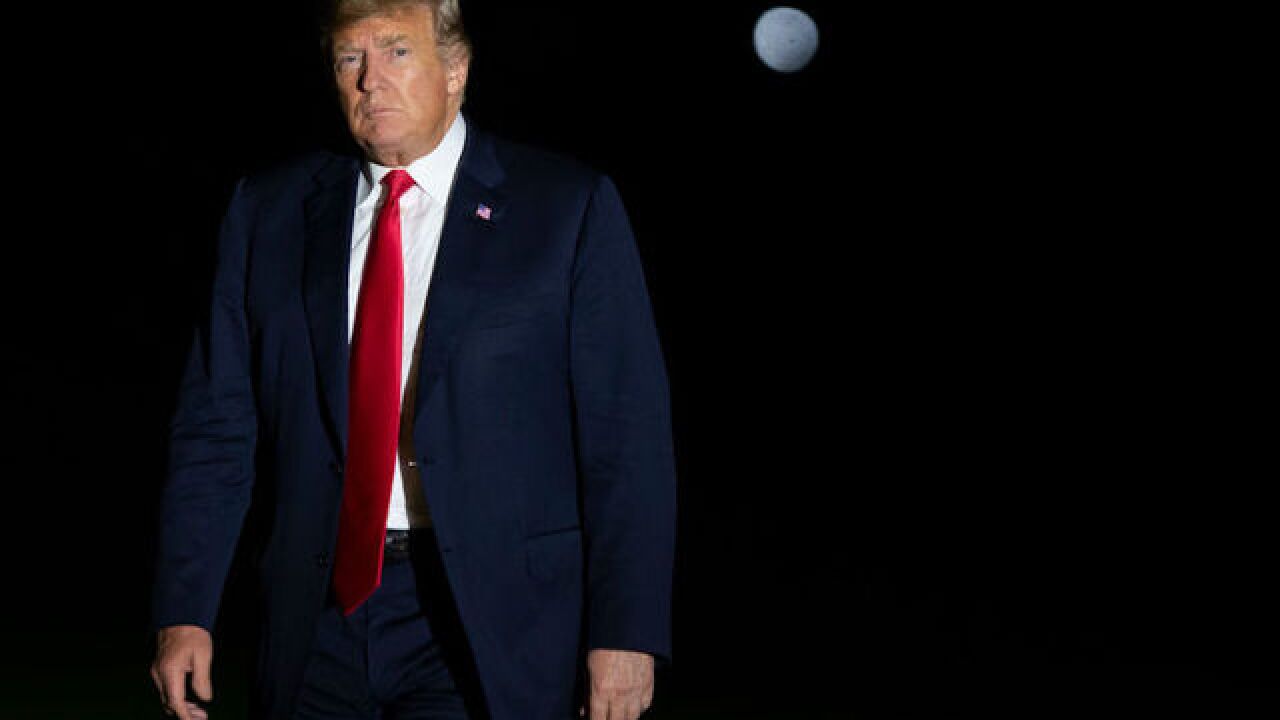 Image copyright 2018 Getty Images. All rights reserved. This material may not be published, broadcast, rewritten, or redistributed.
Tasos Katopodis
<p>U.S. President Donald Trump exits Marine One on the South Lawn of the White House on October 1, 2018 in Washington, DC. Trump is returning from a Make America Great Rally in Johnson City, Tennessee.</p>

President Donald Trump was personally involved in an effort to prevent adult film actress Stormy Daniels from publicly discussing an alleged sexual encounter with him, according to a new report.

The Wall Street Journal reported Tuesday that Trump told his then-personal attorney Michael Cohen in February to seek a restraining order against Daniels through a confidential arbitration proceeding.

The President directed Cohen to coordinate the legal action with Eric Trump, one of his sons, and an outside lawyer, Lawrence Rosen, who had represented Trump and the Trump Organization, sources familiar with the events told the newspaper.

According to The Wall Street Journal, Rosen asked Trump Organization attorney Jill Martin in California to sign off on the arbitration paperwork, saying it was at the request of Eric Trump, who, along with his brother Donald Jr., is currently running the Trump Organization. At the end of February, an arbitrator privately issued a restraining order against Clifford, who ignored it and would go on to do an interview with CBS' "60 Minutes," according to the newspaper.

The White House referred a request for comment from The Wall Street Journal to the President's outside counsel. Trump's lawyer Jay Sekulow, Cohen's lawyer Lanny Davis and the Trump Organization all declined to comment to the newspaper.

Daniels claims she and Trump had an affair in 2006 before he was president. Trump has denied the allegation. During the 2016 campaign, Cohen paid $130,000 to Daniels as part of a hush agreement.

Cohen pleaded guilty in August to eight criminal counts, including two campaign finance violations -- making an excessive campaign contribution and causing an unlawful corporate contribution related to his payment to Daniels. Cohen said in court that he made the payments at Trump's direction when he was a candidate.