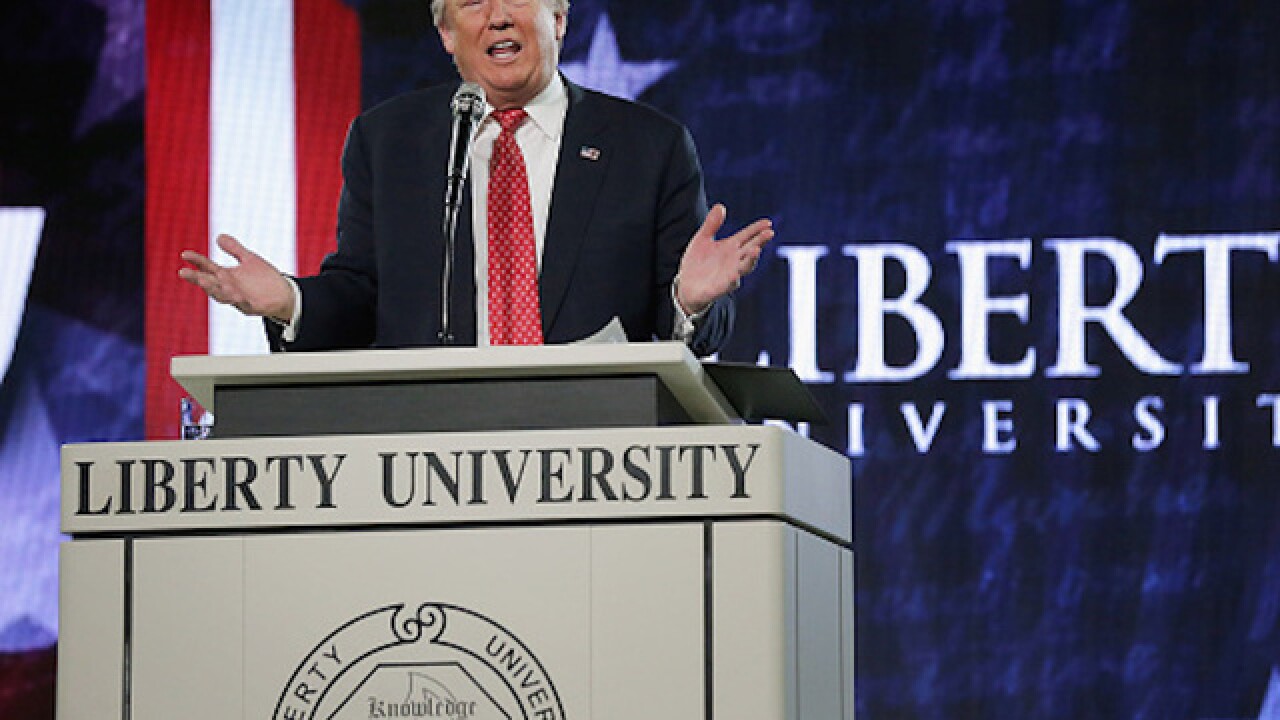 BENTONVILLE, Ark. (AP) — Republican presidential front-runner Donald Trump is trying to deflect attention from a class-action civil lawsuit involving the former Trump University by pointing to the ethnic background of the judge in the case.

Asked on "Fox News Sunday" what U.S. District Judge Gonzalo Curiel's ethnicity has to do with the lawsuit against him, Trump replied:

According to the California class-action complaint in front of Curiel, a one-year apprenticeship that Trump University students were promised ended after students paid for a three-day seminar. Attendees who were promised a personal photo with Trump received only the chance to take a photo with a cardboard cutout. And many instructors were bankrupt real estate investors.

"There are people who borrowed $36,000 to go to Trump University, and they're suing now — $36,000 to go to a university that's a fake school," Rubio said. "And you know what they got? They got to take a picture with a cardboard cutout of Donald Trump."

Texas Sen. Ted Cruz jumped in, adding: "It's a fraud case. ... I want you to think about, if this man is the nominee, having the Republican nominee on the stand in court, being cross-examined about whether he committed fraud."

At a rally in Arkansas on Saturday, Trump took a break from his standard campaign speech to downplay the lawsuit pending against the business, which was founded by Trump and offered students instruction on real estate investments.

"It's a small deal, very small," Trump said of the suit, which could force him to take the stand this summer.

Trump specifically railed against the judge in the case, and at one point noted the judge's Hispanic ethnicity.

Trump claimed the case should have been thrown out years ago, "but because it was me and because there's a hostility toward me by the judge - tremendous hostility - beyond belief." He then noted, as an aside: "I believe he happens to be Spanish, which is fine. He's Hispanic — which is fine."

A message left for Curiel, was not immediately returned. Curiel is a judge in the Southern District of California and based in San Diego.

"I will not engage in a debate about ongoing litigation," Schneiderman said in a statement issued after Trump made his comments. "But there is no place in this process for racial demagoguery directed at respected members of the judiciary."

During breaks in the seminars, Schneiderman's complaint alleges, participants were urged to call their credit card companies and ask to increase their credit limits. Once the credit lines were secured, Trump University staff tried to persuade students to pay for additional services.

Trump, at the rally, dismissed the cases as the work of "a sleazebag law firm" and suggested that Schneiderman's intervention was politically motivated.

"I could've settled this suit numerous times. Could settle it now. But I don't like settling suits," Trump said.