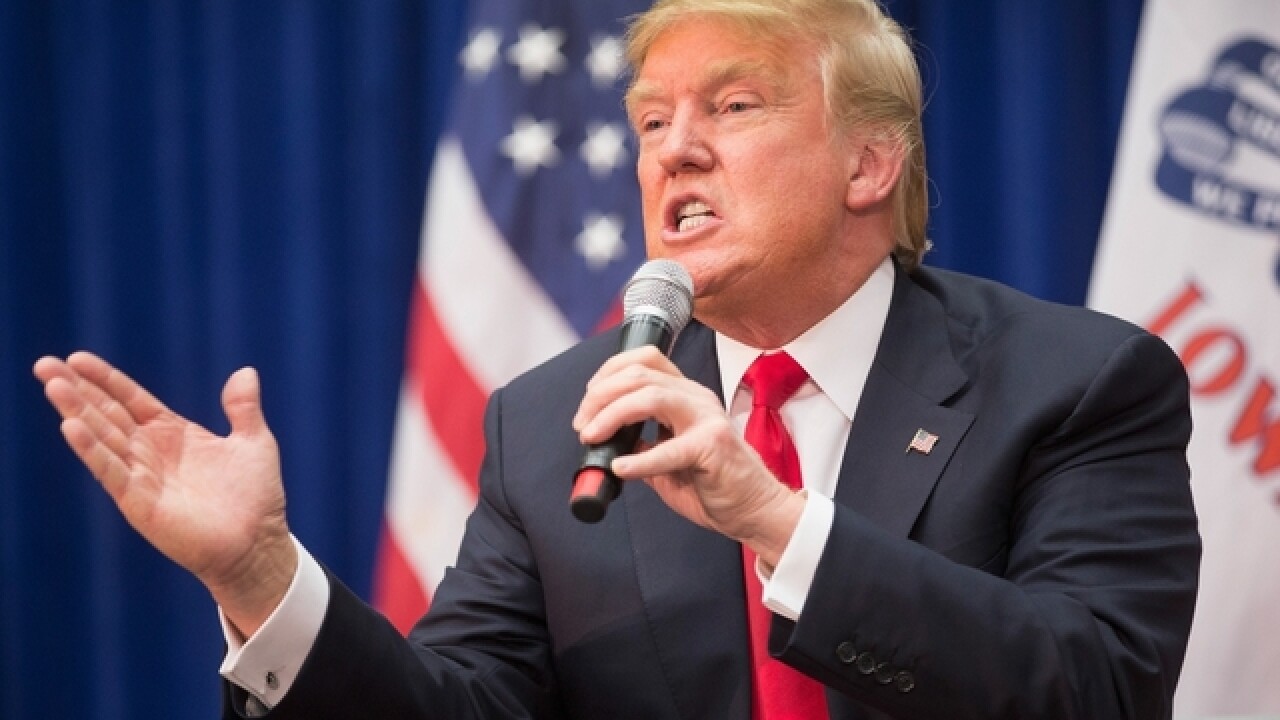 DES MOINES, Iowa (AP) — Republican presidential candidates take the debate stage Thursday night absent their front-runner, Donald Trump, who will instead seek to starve his rivals of attention at a critical juncture in the campaign by holding a competing event of his own.

Trump's abrupt decision to boycott the final debate before Monday's Iowa caucuses has added a new layer of uncertainty to a race that has defied political convention. He cited "unfair" treatment from debate host Fox News as his reason for skipping the contest and holding a rally instead.

"I don't like being taken advantage of," Trump said in an interview Wednesday on Fox, signaling he wasn't boycotting the highly rated network completely.

Other GOP candidates saw Trump's move as a welcome opportunity to emerge from the long shadow the billionaire has cast over the race, while also hoping it might damage his standing with Iowa voters.

"I think it'll hurt him that he's not showing up in the Iowa debate four days before the Iowa caucuses," former Florida Gov. Jeb Bush told CNN.

Trump has led the Republican race nationally for months, to the surprise of many. In Iowa, however, polls suggest he's locked in a tight race with Texas Sen. Ted Cruz, a favorite of the conservatives and evangelical Christians who hold significant sway in the state's Republican caucuses.

Given Trump's unpredictable nature, some campaigns were preparing for the possibility he could reverse course and take the stage in Des Moines after all. Still, Trump moved forward with plans to host a rally just a few miles away that his campaign said would raise money for wounded warriors.

On Thursday, he announced the launch of a new website for collecting donations to veterans ahead of the event. The link, which he posted on Twitter, includes the seal of the Donald J. Trump Foundation, and a form for contributions.

With Fox carrying the debate, other cable channels were likely to show Trump's event, stealing away at least some viewers who would have otherwise watched the contest.

While earlier debates have been instrumental in the rise and fall of several GOP candidates, they have had minimal apparent impact on Trump's standing. He's preferred to make his case to potential voters in national television interviews and on Twitter, and has often faded into the background in the debates.

Trump's absence was likely to turn attention to Cruz, a firebrand conservative disdained by many in his party, and Rubio, who is hoping a third-place finish in Iowa could help him establish himself as the choice of more traditional Republicans.

Others on the debate stage will have their eye on New Hampshire, where they're hoping a strong showing in the Feb. 9 primary will jumpstart their White House hopes. Bush, Ohio Gov. John Kasich and New Jersey Gov. Chris Christie have all devoted the bulk of their campaign resources to New Hampshire.

Also on the main debate stage Thursday: retired neurosurgeon Ben Carson, who has a loyal following in Iowa, and Kentucky Sen. Rand Paul, who was relegated to the undercard event in the last debate.

Trump's Fox feud dates back to the first Republican primary debate, when moderator Megyn Kelly took the billionaire business mogul to task over derogatory statements he'd made in the past toward women. Trump threatened to boycott Thursday's debate if Fox stuck with plans for Kelly to moderate again, but said it was a sarcastic statement from the network that was the final straw.

That statement said the leaders of Iran and Russia "both intend to treat Donald Trump unfairly when they meet with him if he becomes president" and that "Trump has his own secret plan to replace the Cabinet with his Twitter followers to see if he should even go to those meetings."

Trump and his campaign manager slammed the statement as taunting and juvenile.

Meanwhile, a new $1 million political advertisement says that Trump can't be trusted, even on his signature issue of getting tough on illegal immigrants.

The ad seeks to undermine Trump's tough talk about building a wall on the Mexican border. It goes on to assert that his real estate development company relies on illegal immigrants for cheap labor, pointing out a $1 million fine the Trump Organization paid for employing illegal immigrants in the construction of the Trump Tower in New York.

The commercial, which is set to begin airing Friday in Iowa and also will soon debut in New Hampshire, is sponsored by Our Principles, an anti-Trump super political action committee led by Katie Packer, a former aide to 2012 GOP nominee Mitt Romney.